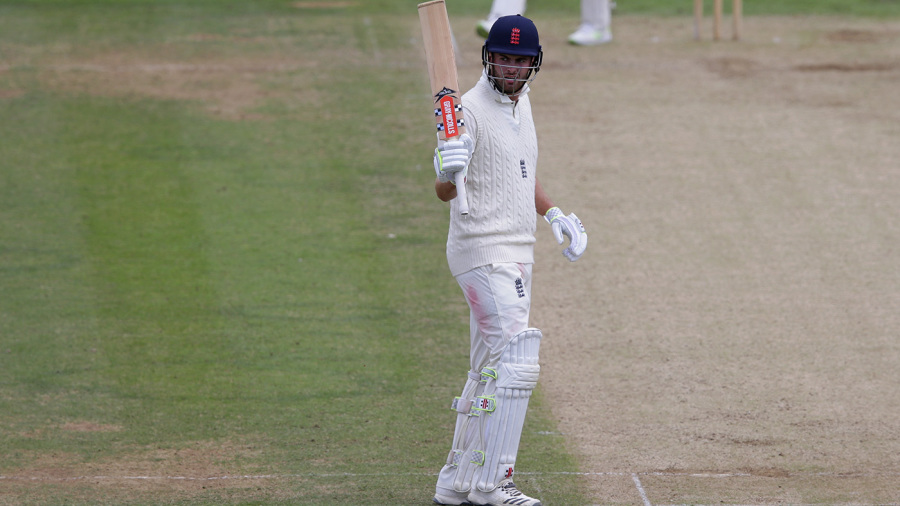 Two sights signalled this as day one of the Ashes campaign for England, though still in the afterglow of a scarcely believable triumph in Sunday’s World Cup final over New Zealand at Lord’s.

The first was that of the England selectors Ed Smith and James Taylor making their presence known by striding around the St Lawrence Ground in Canterbury, demonstrating their intent to finalise a Test squad, to face Ireland and then Australia, by Wednesday. The second came in the middle, where the left-armer Sam Curran obliterated the touring XI’s middle and lower order with the second new ball on his way to figures of 6 for 95.

Where on day one the Australians had dominated through Travis Head and Matthew Wade as both sides kept one eye on events in London, now the spectre of a swerving Dukes ball in skilful hands was raised by Curran, a highly impressive performer in his first home summer as a Test player last year and likely to figure again this time around.

Alongside Head, who remained impassable throughout, Mitchell Marsh, Tim Paine and company would have hoped to bat well into the afternoon. However Curran was able to swerve his way through five Australians in the space of four overs, engineering the loss of the last six touring wickets for 17.

Marsh was first to go in circumstances that looked contentious – certainly the batsman thought so. Given out caught behind, Marsh made to remonstrate with the umpire, stood his ground for several moments and then trudged his way off with slow reluctance familiar to those who once watched Inzamam-ul-Haq for Pakistan.

Such a display of disagreement was not to be repeated by the rest, who fell with blinding speed. Paine was pinned in front of the stumps for a duck, Michael Neser edged behind, and then Chris Tremain was bowled first ball to have Curran on a hat-trick. Jackson Bird found three runs to avert that at least, but his exit was swiftly followed by Jon Holland shouldering arms to hand Lewis Gregory a third wicket.

The England Lions innings was thus underway far sooner than expected, and even as wickets fell regularly the Australians were unable to create quite the same level of mayhem throughout the rest of the afternoon. Plucky resistance was provided by Dom Sibley, spending precisely four hours over his 74, and James Bracey also hung around for a stand worth 89.

Curran was then in to bat for the final hour or so, playing attractively in the company of Sam Hain, who lofted Head for six down the ground before being well taken by Paine off Holland’s slow left-arm in the day’s final over – a reward for two tidy, thoughtful spells. That gave Australia’s selection chairman Trevor Hohns, in attendance alongside Messrs Smith and Taylor, a little more to ponder ahead of Ashes squad selections.