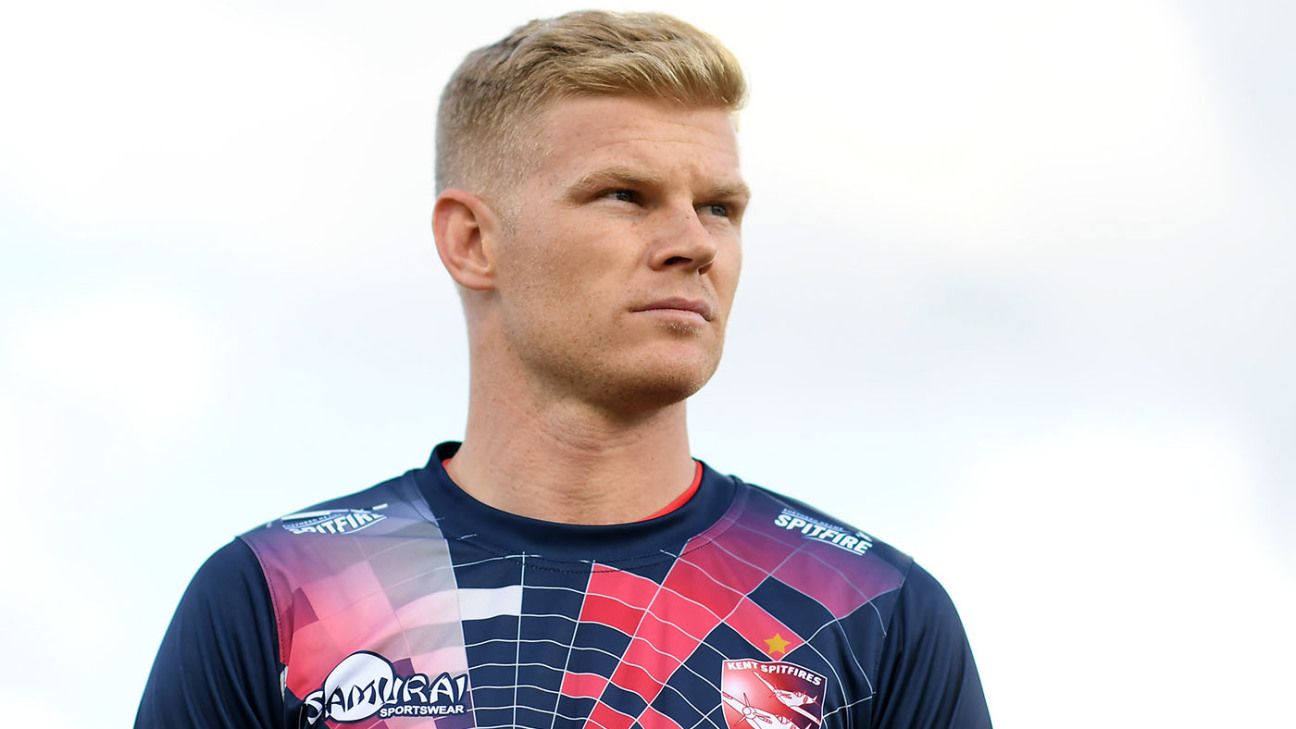 Sam Billings will not put his name forward for any T20 franchise action this winter after missing out on England’s white-ball squads in South Africa, but says that his disappointment will provide an opportunity to “freshen up” ahead of the new English season with Kent.

Billings has endured a chastening year on the fringes of England selection. He had been a frontrunner for a World Cup berth this summer, but was cruelly ruled out of contention after dislocating his shoulder on the opening day of the season.

Then, in the absence of a number of senior players including Jos Buttler, Ben Stokes and Moeen Ali, Billings was named vice-captain for last month’s T20 series in New Zealand -a huge vote of confidence – but was unable to make his presence felt with just 34 runs in five innings, albeit with three not-outs.

Billings will now turn his attention back to Kent where, as captain, he returned to action in August and impressed in the closing rounds of the County Championship, scoring three hundreds in consecutive innings, including two in the match against Yorkshire at Headingley – form that might yet lead to a role with England Lions when they head to Australia in the New Year.

Away from England duty, he chose not to put his name forward for next week’s IPL auction after being released by Chennai Super Kings back in November. He has previously featured in the Pakistan Super League for Islamabad United, and for Sydney Sixers in Australia’s Big Bash.

On a personal level, I have chosen to pull out of any franchise cricket this winter as well to focus/freshen up for a big year with @KentCricket . Very fortunate to have played all over the last few years & a break from the game to refresh I feel is the best decision (2/2)

“All the best to the lads heading to South Africa,” Billings wrote on Twitter. “Huge amount of depth esp in the white ball game atm. Of course disappointed not to be involved but wish the boys all the best. Will be working hard to get back in the mix (in all formats) in the near future!

“On a personal level, I have chosen to pull out of any franchise cricket this winter as well to focus/freshen up for a big year with @KentCricket. Very fortunate to have played all over the last few years & a break from the game to refresh I feel is the best decision.”

Another man on the sidelines this winter is Liam Plunkett, England’s unsung hero of the World Cup final – which, at the age of 34, may now prove to have been his final match in international cricket.Having been overlooked for a central contract in September, Plunkett possibly anticipated his omission from both squads, but nevertheless took to Twitter to register his disappointment.

“Gutted not to be involved in the England odi squad,” he wrote.