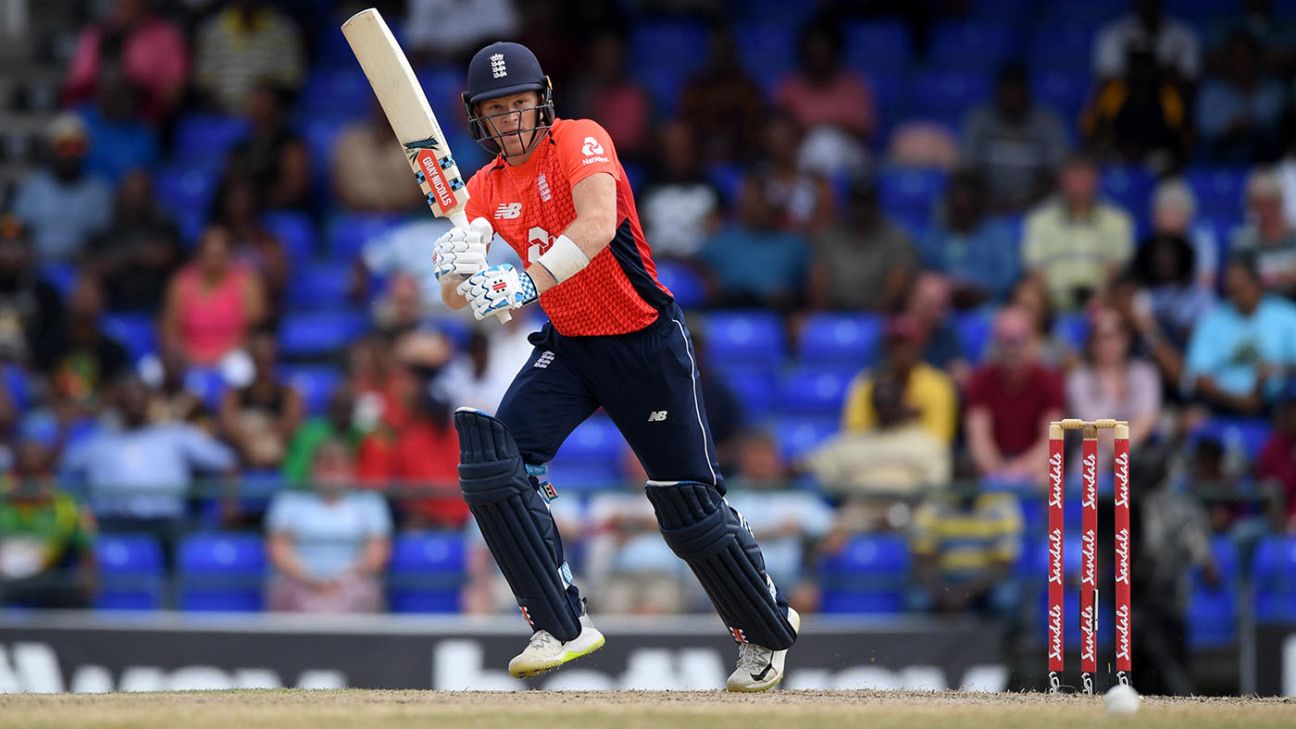 It probably came too late to help him force his way into England’s World Cup squad but Sam Billings showed a little of what England have been missing all tour when he provided a match-winning innings on Friday.

While the most eye-catching moments in Billings’ 87 came in the last couple of overs – he helped England plunder 44 from the final 12 balls of the innings, playing a couple of outrageous strokes along the way – it was, perhaps, the early stages of his innings that were more notable from an England perspective.

That’s because, while England have several batsmen who can play the inventive or powerful strokes, they appear to have fewer that know when to play within themselves, rotate the strike and have the ability – or the temperament – to adapt to conditions.

Consider their 113 all out in the fifth ODI in St Lucia, for example. Or the collapse in the second ODI when they lost their final six wickets for 35 runs to fall short in a run-chase they seemed to have under control. On both occasions they could have done with someone of Billings’ – or, to be fair, Joe Root‘s – composure to hold the innings together just as it started to fall apart. In St Kitts, the pair came together with England reeling on 32 for four and added 82 in 10 overs playing relatively low-risk cricket but running hard and giving themselves a chance to accelerate towards the end of the innings: “earning the right,” as Billings later described it.

“Sometimes as players we’ve probably tried too hard to force the issue as opposed to earning the right,” he said. “Trevor Bayliss said in the dressing-room that the big learning [experience] from this is adapting to conditions and earning the right towards the end.

“We were forced into playing that way because of the wickets we lost early on. The pitch wasn’t a belter by any means so Rooty and I just spoke about getting a score on the board. The plan was to sit in. Then, with five overs to go and short boundaries, if two blokes are in it’s very hard as a bowler to be able to defend anything.

“We’d earned the right to set up that platform to then be able to explode at the end. I know that sounds pretty old-school but actually on a pitch that was offering a bit to the bowlers and after losing early wickets you have to play a bit more of that old-school cricket.

“I know that I can put people under pressure towards the end. You saw them at the end: West Indies weren’t sure with their plans and with short boundaries you can make the most of that.

“We know we’ve got the power in our batting line-up. We’ve got Adil Rashid batting at No. 11 in this team and he’s got 10 first-class hundreds, which is pretty ridiculous. So you know if you give yourself the chance you can make the most out of it at the end.”

Billings’ acceleration was impressive, though. While some of the more powerful strokes – those over long-on, for example – were pretty familiar by the standards of modern cricket, there were a couple of other shots – not least a paddle off Carolos Brathwaite that would have pleased AB de Villiers – that demonstrated Billings’ wide range. The ability to not only play such strokes but know when to play them marks him out as a well-rounded limited-overs player who can probably count himself unfortunate not to have played more international cricket.

He is the first to admit he has not always taken his chances in the past, though. In 20 T20I matches, this was only the second occasion he has reached 30 while none of his last five ODI innings have seen him reach 15 though, as a middle-order player, he hasn’t always had much time to play himself in.

“I think at times I’ve come in with three or four overs to go and to try and hit it everywhere,” he said. “So this was a nice opportunity to have time to bat. It was similar to coming in at No. 4 in a county game and having time to soak up the pressure and not be in a rush. In the past I haven’t made the most of that.”

The St Kitts game also saw Root make his first T20I half-century since the World T20 final in Kolkata in April 2016. While the match situation probably played to Root’s strengths – he was not required to play the power-game that might have been appropriate on a better batting wicket – he did provide a reminder of his skills, not least his wide range of stroke and ability to find the gaps in the field. It was notable, though, that he was furious – unusually furious – to be dismissed with just over four overs remaining and before he had the opportunity to show the other, more aggressive side to his game. He remains far from certain to win selection in England’s full-strength T20I side.

“In the past, he’s been similar to me in this format of the game,” Billings said. “We’ve probably both tried too hard to force the issue.

“But it was great to see him get some runs. There’s no doubt he’s good enough. How he played in the last T20 World Cup speaks for itself. Twenty20 is like any other format – if you don’t play it consistently it will find you out. There’s a different method to it and you need to practice it and play it as well to be consistently good at it. His game will come on leaps and bounds when he plays more T20.”

Both Billings and Root could have one more opportunity to play on Sunday when England’s Caribbean tour comes to an end with the final T20I in St Kitts.