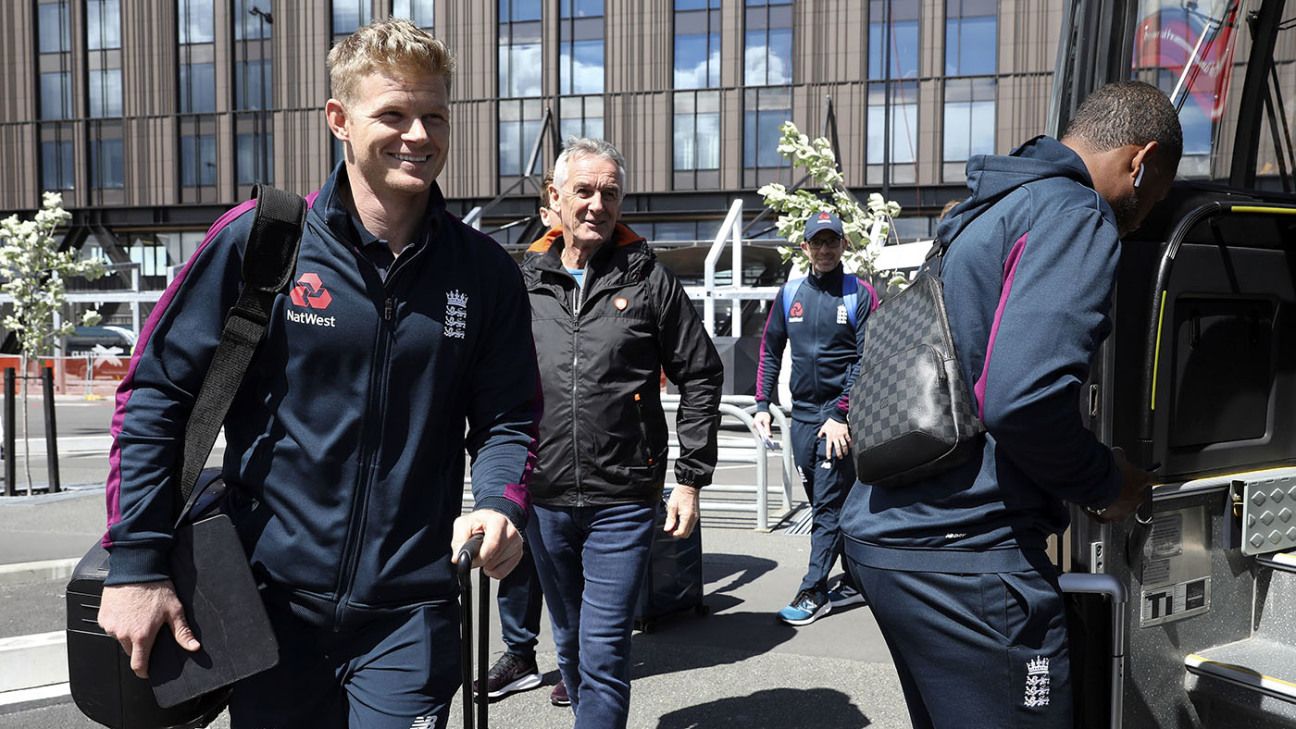 Sam Billings has described the England vice-captaincy as “a huge honour” and recognition of his status as a “developing leader.”

Billings has endured a frustrating year. Having started it with his highest score in international cricket – 87 in a T20I against West Indies in March – he then suffered a dislocated shoulder that ended his chances of making the World Cup squad. But, having missed five months of cricket, news that he has been made vice-captain for England’s T20I tour of New Zealand has provided a pleasing boost.

Now he is looking forward to learning from England’s captain, Eoin Morgan, and trying to establish himself in the side with a view to the T20 World Cup in a year’s time.

“It’s great to get some recognition and it’s a huge honour,” Billings said from Christchurch as England acclimatised to a chilly start to their tour. “It’s a great opportunity to be recognised as a developing leader. And there’s an element of personal development about it, too.

“I captained the England Lions last winter and my county for the last two years. Eoin gave me a call a couple of weeks ago and said he’d love me to do it. I suppose he must see something in me. I’m looking forward to learning form him and implanting what I’ve done at Kent.

“But I’m in the side as a batsman first and foremost and then as a keeper. You have to be able to perform at that top level consistently in those roles firstly. The captaincy is an added bonus and one I really enjoy. It makes you take responsibility for yourself and other guys.”

With England taking a young and inexperienced squad on this part of the tour, the promotion of Billings is not a total surprise. He is not only the sort of dynamic cricketer England are looking for in limited-overs cricket, but has the sort of positive outlook so admired and exemplified by Morgan. Still, there was no need to name a vice-captain on such a short tour and Billings’ appointment – as vice-captain and keeper – ahead of the more experienced Jonny Bairstow underlines the respect the England management have in his qualities.

Now he says he is looking forward to seeing the new generation of players find their feet in international cricket, though his own eyes remain focused upon the T20 World Cup in Australia in 12 month’s time.

“One great thing that’s been created around this group it that’s it’s so easy for people to come in and express themselves,” he said. “You’re encouraged to play the way that got you here. Tom Banton, for example, had a brilliant summer and will be encouraged to play exactly as he has been. Pat Brown is another with a few tricks up his sleeve who has impressed over the last couple of years. It’s great that we’ve that culture where people can really go in and excel.

“I’ve been on the fringes for the last four or five years. I’ve made some performances along the way, but we have such depth in our squad in terms of batsmen and keepers.

“The last innings I played was that 87 in the West Indies. But then I got injured and missed a lot of the year. So even though that innings in the West Indies was a long time ago, it’s about continuing that momentum in an England shirt. For me, it’s about enjoying it and it’s good to be back playing. The injury has given me some perspective. I just have to make the most out of every opportunity. For me, as a player, my focus is on being in that T20 World Cup squad.”