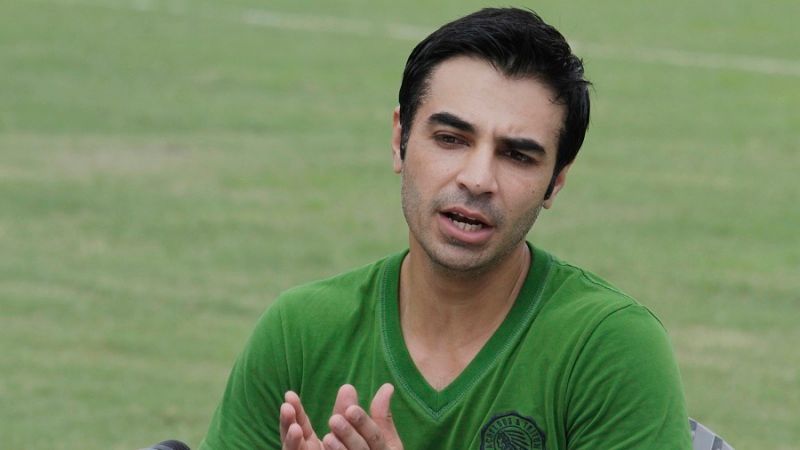 Lahore Qalandars have roped in Salman Butt to replace the injured Mohammad Hafeez for the remainder of the PSL 2019 season.

This is the most high-profile event Butt will be part of after his return in 2016 from his five-year suspension for his involvement in the the spot-fixing scandal of 2010. He will play under the leadership of AB de Villiers, who was handed the captaincy by Qalandars after Hafeez fractured his thumb.

Hafeez’s absence will be a major setback for the Qalandars, who had picked up the allrounder in the Platinum category and had named him captain in a bid to rectify their poor PSL record: the team has finished bottom of the table in every season so far.

Hafeez injured his thumb while attempting a return catch against Karachi Kings on Saturday. He will undergo surgery later this week and is expected to be out of the game for at least one month.

With Hafeez out, the Qalandars were looking for someone to provide stability and experience as an anchor at No.3, a role that Butt appears suited for. Before he was banned, Butt’s T20 strike rate was 107.98, considered adequate in the 2007-2010 period. His overall domestic T20 strike rate is 113.55, and he has scored 2278 runs at an average of 36.15. Butt’s consistency is also highlighted by his runs-per-innings figure of 30.4, second only to Babar Azam among Pakistani batsmen who have at least 2000 T20 runs.

Butt’s T20 numbers have looked better since his return from the ban. He averages 55.35 since 2016 – the highest for any Pakistan player with a minimum of 500 runs. Azam is the next best, at 39.89, in that same period. Butt has made 941 runs in 24 T20 innings with nine half-centuries since his return to senior competitive cricket.

Butt, 34, marked his comeback in January 2016 with a century in the National One-Day Cup, and went on to finish the tournament as its second-highest run-getter, with 536 runs at an average of 107.20. He then led his first-class team, Water and Power Development Authority, to the Quaid-e-Azam Trophy title, scoring twin hundreds in the final to finish the season with 741 runs at 49.40. He was also the second-highest run-getter in the National T20 Cup in 2018, with 350 runs at 70.00.

He was 26 when he was banned, having played 33 Tests, 78 ODIs and 24 T20Is by then. Since then, he has attended anti-corruption rehabilitation programmes conducted by the PCB, taken part in social work, and publicly apologised, though he had pleaded his innocence until 2013. The two other players punished at the time, Mohammad Asif and Mohammad Amir, have also returned to cricket after completing their bans. Amir has been successfully re-integrated into the national set-up, and played all three formats for Pakistan since, while also featuring for Karachi Kings for a fourth consecutive season in the PSL.

Over the last two years, Butt’s national selection had been mooted on occasion, but the PCB has treaded cautiously on the matter. Butt’s consistent domestic performances had impressed Pakistan’s previous head coach Waqar Younis and former captain Misbah-ul-Haq, while the lack of stability in the opening combination ensured the topic of his return stayed relevant. The current coaching staff, led by Mickey Arthur, have also been impressed by Butt, but have left it to the selectors and the PCB to decide on his possible return.

Butt could have been back in the Pakistan squad as early as their tour of the West Indies in the first half of 2017, with Shaharyar Khan, the PCB chairman then, publicly clearing his selection. However, with the revelations of spot-fixing in the PSL that season, the climate for Butt’s prospective return turned adverse, though he had no connection with any of the players in the scandal. That forced the selectors to wait longer, and a year later, they decided to look beyond Butt and try out younger prospects.