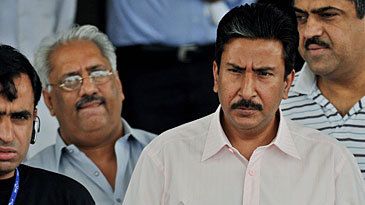 A movement appears to have begun urging the PCB to reintegrate Saleem Malik, the former batsman and captain who was banned for life in 2000 after being found guilty of attempting to fix a Test in Justice Qayyum’s report. It has gained prominence with support from Inzamam-ul-Haq and Saqlain Mushtaq and has now ignited a discussion about Malik’s suitability for a return to the fold. ESPNcricinfo understands, however, that there are still inquiries pending against Malik beyond the allegations that formed the basis of his role in the Qayyum report.

These inquiries are related to a sting operation in England conducted by Mazhar Mehmood, the same journalist who broke the 2010 spot-fixing scandal that resulted in three Pakistani cricketers – Salman Butt, Mohammad Amir and Mohammad Asif – going to jail. The PCB had intended to open a file based on that information eight years ago and called upon Malik for clarification but he never responded. Although Malik had volunteered to clear his name when the PCB set up an integrity commission in the wake of the 2010 spot-fixing saga, he is yet to adhere to the summons based on the Mehmood sting.

“There were outstanding and serious questions with regard to his [Malik’s] integrity,” Tafazzul Rizvi, PCB legal attorney, told ESPNcricinfo. “He was given a transcript to clarify but he never returned even after repeated calls.”

Malik’s cricketing career was ultimately sullied by the match-fixing scandals. In a judicial inquiry – that began in 1998 and continued for 13 months – he was found guilty of bribing Australian cricketers Shane Warne and Mark Waugh to lose the 1994-95 Karachi Test. Malik was fined Rs 1 million and banned for life in 2000, but eight years later his sentence was overturned by a Lahore sessions court, allowing him theoretically to return to the fold.

That led briefly to a farcical situation when Malik said he had accepted as position as coach at the National Cricket Academy, only for the PCB to deny any such appointment had been made the next day.

ALSO READ: Come to Think of it: Have we forgotten Saleem Malik, the batsman?

Since then, Malik has kept his distance from the game – until now. In a video message released to media the 57-year old Malik requested the PCB to consider him for any coaching job, citing examples of recent cricketers who have made their way back into the system after completing their sentence.

“I see there are a lot of cricketers saying good things about my batting, fielding and captaincy,” Malik said on seeking a second innings in cricket. “Since 2008, when the honourable court lifted my ban, I had tried to get a coaching job but was never considered. In recent years, Mohammad Amir went on to play for Pakistan; Salman Butt, [Mohammad] Asif [are] playing domestic cricket [and] even Sharjeel Khan went on to play PSL. So I request the PCB, if I am of any use for them, please consider me. I wish I [will] be able to serve Pakistan in any shape whatever I can do in my capacity. Whatever skill I have, I can pass on it to youngsters.”

Despite the ban, Malik remains highly-regarded for his cricket knowledge among contemporaries. Rashid Latif, a key whistleblower in the first wave of match-fixing, has spoken well of Malik as a player, though did caution against the reintegration of someone found guilty of corruption. Both Inzamam and Mushtaq, who also feature in the Qayyum report, believe that Malik should be pardoned and allowed to serve Pakistan cricket again.

Coaching vacancies have opened up as the PCB restructures the NCA, but ESPNcricinfo understands that the PCB hasn’t shown any interest in taking up Malik’s offer.