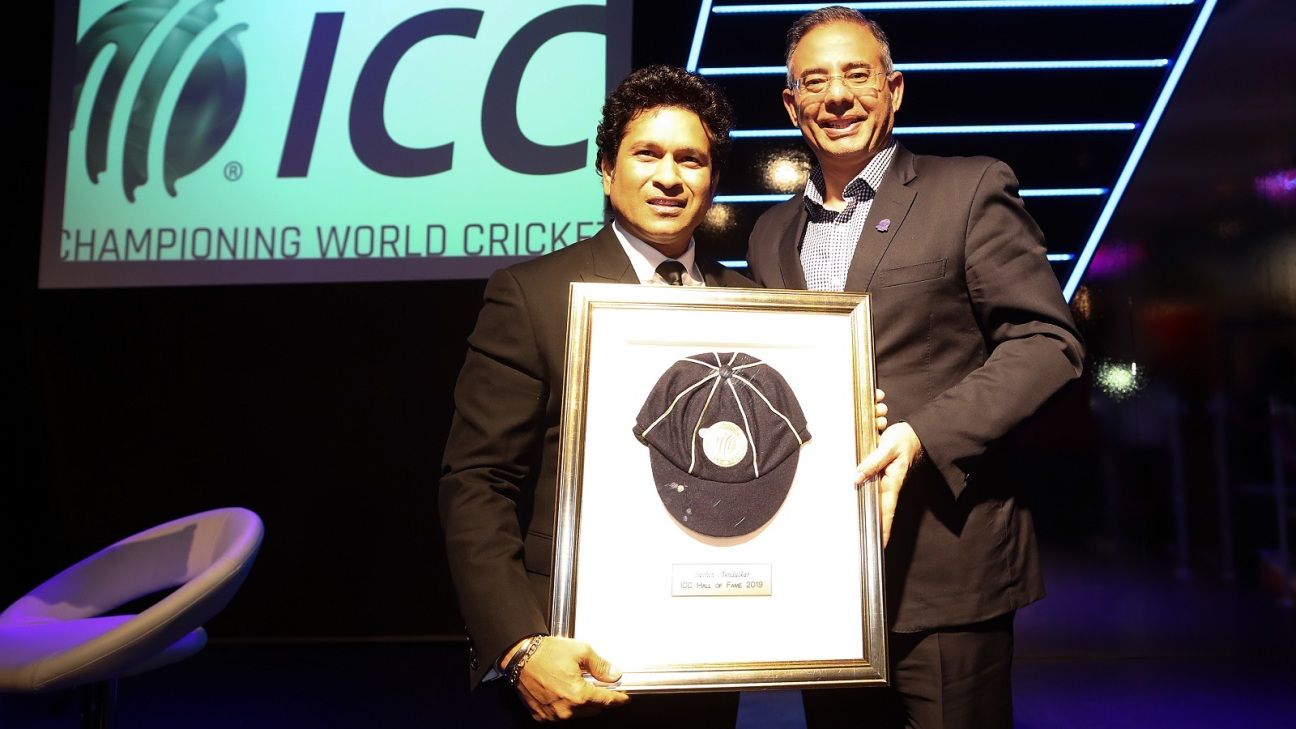 Tendulkar, cricket’s most prolific run-getter, was inducted immediately after becoming eligible: the ICC rule requires that a player should have played his last international match at least five years before and Tendulkar had retired in November 2013. He is the sixth Indian to be part of the ICC’s Hall of Fame, following Sunil Gavaskar, Bishan Singh Bedi, Kapil Dev, Anil Kumble and Rahul Dravid.

The only player to feature in 200 Test matches, Tendulkar scored 15921 runs in the longest format and 18426 runs in ODIs, both run tallies standing as records. He is also the only player to have scored 100 centuries in international cricket (51 in Tests and 49 in ODIs) and was part of India’s World Cup winning side in 2011.

“It is an honour to be inducted into the ICC Cricket Hall of Fame, which cherishes the contribution of cricketers over generations,” Tendulkar said. “They have all contributed to the growth and popularity of the game and I am happy to have done my bit.”

Donald, who retired from all formats in 2004, was one of South Africa’s greatest fast bowlers, and the first bowler from the side to take 300 Test wickets and 200 ODI wickets. Donald ended with a wickets tally of 602 wickets in an international career that spanned more than a decade.

“The biggest shock when you open an e-mail like that – it says congratulations Allan Donald, you have been inducted in the ICC Cricket Hall of Fame! It hits you, it hits you quite hard because it is a prestigious award and something that you can’t take lightly. I thank the ICC for the huge honour.”

Fitzpatrick, the eighth woman to be inducted into the Hall of Fame, was the fastest bowler in women’s cricket over the course of her 16-year international career. Her tally of 180 ODI wickets was the highest in women’s cricket, until it was surpassed by India seamer Jhulan Goswami in May 2017. Fitzpatrick helped Australia lift two Women’s World Cups – in 1997 and 2005 – and was coach of the side between May 2012 and May 2015, in which time Australia Women won a World Cup and two World T20 titles.

“To gain recognition alongside many of the games’ giants is a huge honour. I look at the list of past inductees and what stands out most is not only their outstanding talent, but that they were game changers. They took the game on and changed the way it was played.”

ICC’s chief executive Manu Sawhney said the three were among the finest players to have ever graced the game. “It is a great honour for us to announce the 2019 inductees into the ICC Cricket Hall of Fame. Sachin, Allan and Cathryn are three of the finest players to ever grace our game and are deserved additions to the Hall of Fame. On behalf of the ICC, I would like to congratulate all three players, who enrich the list of all-time greats already members of this select club.”