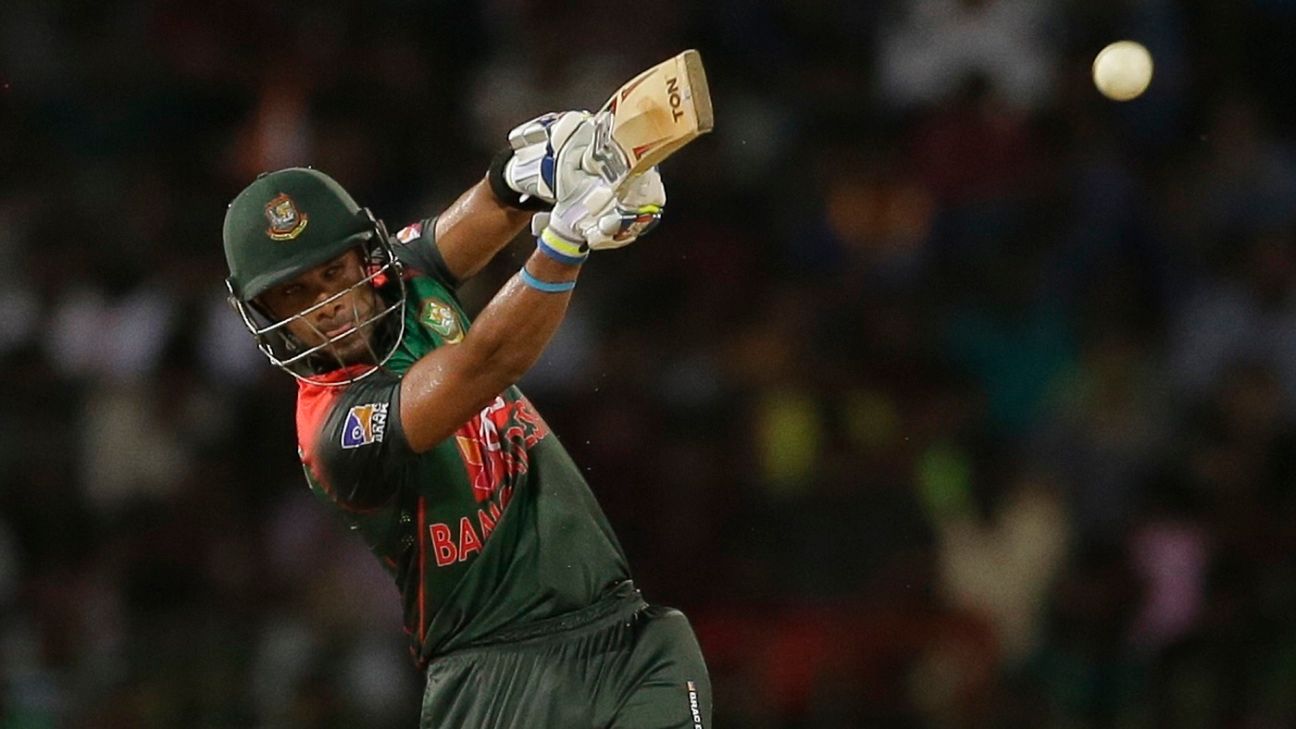 Bangladesh ODI captain Mashrafe Mortaza has chosen Sabbir Rahman in the ODI squad for New Zealand, after the BCB had reduced his ban by one month, according to chief selector Minhajul Abedin. Sabbir is one of three inclusions in the limited-overs side; Taskin Ahmed returns to the ODI side after more than a year while teenaged offspinner Nayeem Hasan earned a maiden ODI call-up.

Sabbir had been banned for six months after the BCB’s disciplinary committee found him guilty of abusing a fan on Facebook back in August 2018. Minhajul spoke of Sabbir’s ban being reduced, although the BCB didn’t announce it anywhere. Sabbir is Mashrafe’s go-to man for the No. 6 position. He last played ODIs in the West Indies in July last year.

“Let me make one thing clear: he is totally the captain’s choice,” Minhajul said. “He was very insistent about Sabbir. We agreed with him. They want someone who can handle fast bowling lower down the order. He has been picked with the New Zealand series and World Cup in mind. The captain is quite confident about him. I am also hopeful that he can return well.

“He has performed in the past and has been playing domestic cricket. BPL is an international-standard tournament with a lot of overseas players so we can take his performance there seriously. The selectors have to go with the captain and team management’s plan.”

When pressed about Sabbir’s disciplinary issues, Minhajul said that his selection had BCB president Nazmul Hassan’s consent. “It is a matter of the disciplinary committee. He was made available from January 31. You [the media] were not informed but his punishment was reduced by a month.

“We knew about it before selecting the team. The selection requires the signature of the board president so we can’t just select him without clearance.”

Sabbir was, at the time of the BCB punishing him for abusing the fan, serving another six-month domestic ban for beating up a fan during a first-class game in Rajshahi. He was also fined Tk 20 lakh and stripped of his central contract during the January 2018 sentencing by the BCB.

Taskin has impressed during the BPL where he has bowled at decent pace and had shown wicket-taking ability. He was also included in the Test side. Opener Tamim Iqbal, who missed Bangladesh’s previous Test series due to a side strain, has returned while the selectors also recalled pacer Abu Jayed to the Test set-up.

Nayeem is in both Test and ODI side, while the selectors have excluded Imrul Kayes, Nazmul Islam, Abu Hider and Ariful Haque, who is also out of the Test side.

Minjhajul said that Imrul, who made 349 runs in the three-match ODI series against Zimbabwe in October after an ordinary series against West Indies, is now out of both the ODI and Test squads but remains in their World Cup plans.

“We left him out with present form and conditions in mind,” Minjhajul said. “He is in our 32-man preliminary World Cup pool. We are not counting him out. We have the Ireland tri-series up ahead as well.”