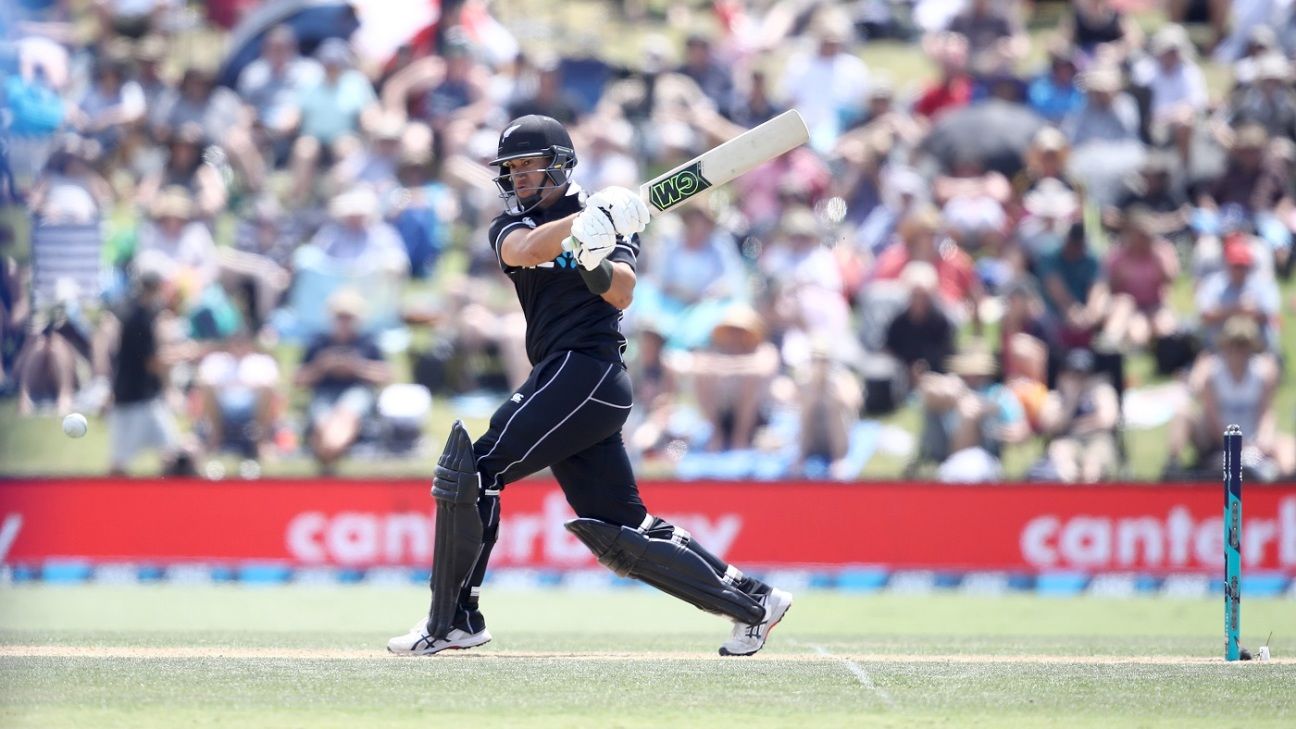 Mammoth totals for the team, an excellent run of scores for himself – all of this is just helping New Zealand pick up speed as they head towards the World Cup, according to Ross Taylor.

Batting first in both matches in Mount Maunganui, New Zealand set Sri Lanka targets of 372 and 320, going on to successfully defend both totals despite some fight from the opposition. In general, New Zealand’s conditions are the closest to those of England from among the World Cup-going nations, but extremely batting-friendly tracks could be especially helpful, Taylor suggested.

“Even though 300 is a par score, sometimes chasing 300 can be pretty intimidating,” he said. “You’ve got to go about it in a certain way. I’m sure at the World Cup the scores will be very high – certainly at a few of the grounds. We’ve got to find ways of getting to the big scores, and also of restricting the opposition as well.”

Taylor top-scored in the second ODI, hitting 90 off 105 balls, and has in general been in spectacular one-day form – that 90 being the fifth successive ODI innings in which he has passed 50. He had been excellent in ODIs in 2018 as well, averaging 91.28 from 10 innings, including two centuries.

“It’s a World Cup year, and I’ve put a big focus on the tournament and on one-day cricket,” Taylor said. “There are still a few things I want to work on, but I can hopefully continue the form over the summer.”

New Zealand have now wrapped up the series against Sri Lanka with a match still to play, but one area of concern from Saturday’s match is their catching, which fell to pieces towards the end of the innings. No fewer than five clear-cut chances went down – most of them straightforward – which allowed Sri Lanka to get within 21 runs of the hosts’ total, despite having lost five wickets for 16 runs in the middle overs. It was an unusual performance from one of the best fielding sides in the world.

“Some of our best fielders were dropping catches,” Taylor said. “It was a bit windy, but at the end of the day, there are no excuses for that. We have to work hard at training to rectify that. I’m sure once those first couple go in in the next match, all the boys’ hearts will be a bit calmer than they were last night.”