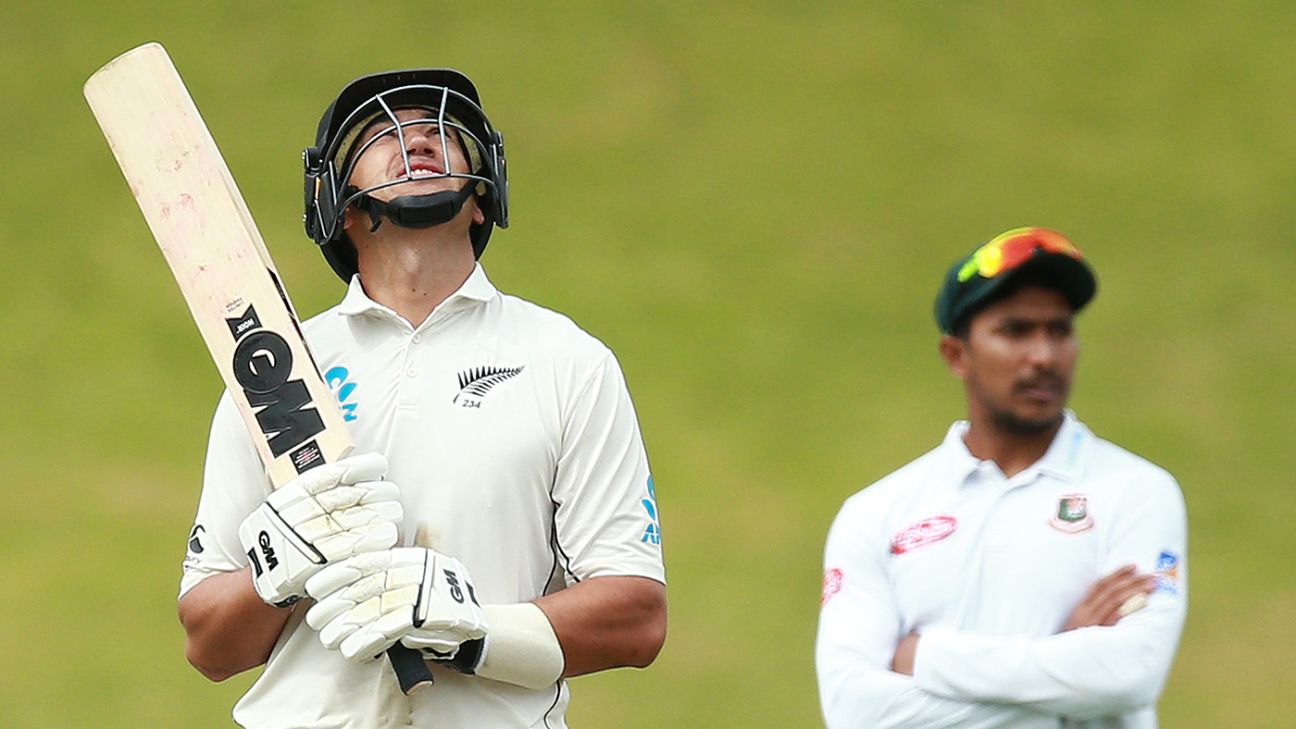 Ross Taylor admitted that getting past his late mentor Martin Crowe‘s 17 Test hundreds weighed heavily on him until today, when he reached his 18th. Taylor’s three centuries in 2016 got him close to Crowe’s record but then he took a bit of time to equal him, finally doing it in December 2017 against West Indies. Then, again, he had to wait a long time for the next one, to go past Crowe who died in March 2016 of cancer.

On the way to his 200 against Bangladesh on the fourth day in Wellington, Taylor also crossed Crowe’s record for most runs at a venue in New Zealand, after reaching 1,226 at the Basin Reserve.

“I told Hogan [Crowe] “my apologies” for taking so long to get there,” Taylor said. “I also broke his [record] for most runs at the Basin [Reserve], so he’s probably a bit annoyed with that one.

“I guess 17 was such a big number when I just started playing cricket. Once I got there it was probably a bit of a relief and then didn’t kick on. It was probably a little in my subconscious. I must admit it probably played on my mind for a bit as well, so before this I had a chat to our sports psych guy Pete [Sanford] and just acknowledged that it’s always going to be there. But now it’s nice to knock it off and just go out there and play.”

Taylor also said that reaching his third double-hundred was also a relief for him, especially after he survived the two dropped chances in the first 15 minutes of the morning session. He said that after getting out to a great catch by Dimuth Karunaratne in Wellington a couple of months ago, he felt that there will be a time when his luck would turn.

Taylor reached his fifty off 61 balls and went even more quickly to his century, taking a further 36 balls to get there – he struck six fours and three sixes during this period. He batted at even pace for the rest of his innings, finishing with 19 fours and four sixes, before getting caught behind the wicket in the 84th over.

“There was a stage out there when I thought ‘Hogan got 299, I might get 199’, so it was nice to get past that. I’ve always loved playing at the Basin. It’s nice for family and friends to be here as well. If you’d told me that [I’d get a double] at the start of the day, especially how the first 10 overs went, I would have said ‘you’re kidding’.

“I felt really good when I played against Sri Lanka here and got an absolute screamer at short-leg, second ball of the day. I just went back to that and thought well my luck’s got to change sooner or later. Let’s make it pay off.”