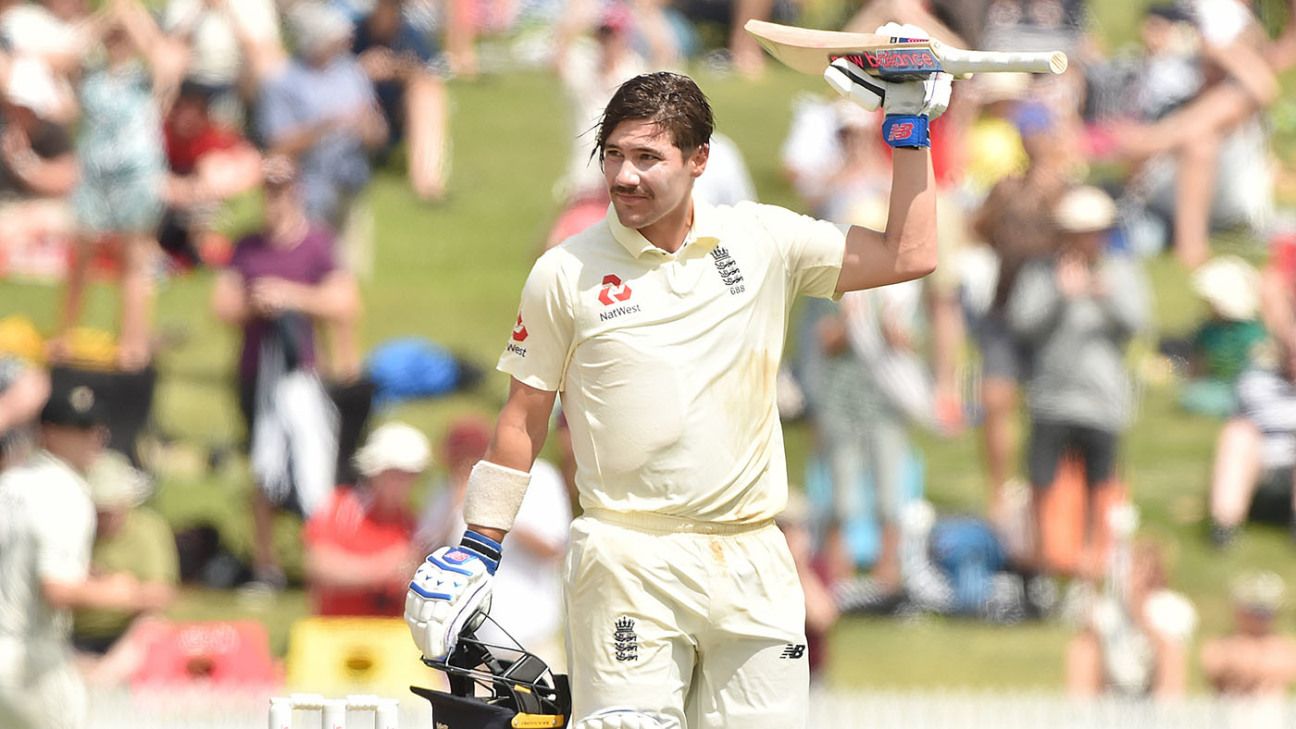 Rory Burns admitted he was left with a “bittersweet” sensation at the end of the third day of the second Test in Hamilton.

Burns had earlier recorded his second Test century to help England into a potentially match-winning position. But his run-out opened the door to a New Zealand recovery and saw England lose three wickets for 61 runs in the latter stages of the day.

On a slow-scoring surface on which England were looking to bat only once, Burns and Joe Root appeared to have given their side an excellent platform with a third-wicket stand of 177. But from 201 for 2, England subsided to 269 for 5 at the close with their chances of establishing a match-defining first innings lead having receded sharply.

All of which left Burns – believed to be England first moustached (but not bearded) Test centurion since Jack Russell in 1996 – slightly frustrated. But while he accepted England had made life “more difficult” for themselves, he also viewed the episode as a learning example of the sort of ruthlessness required to prosper in Test cricket.

“It’s been a positive day but it could have been a better day,” Burns said. “Bittersweet is probably the overriding feeling. I enjoyed the fact I made a century, but at the same time I’m disappointed that I couldn’t stretch it.

“There are fine margins in Tests. Could me and Rooty have stretched our partnership to get us deeper into the game? We’re still in a very good position but we’ve probably made it slightly more difficult for ourselves. These are the things to iron out if you want to become a really good side.”

It was the manner of Burns’ dismissal which most frustrated. Although he gave two chances early in his innings on day two, he had batted almost faultlessly in reaching his century on day three. But moments afterwards he was run out by an inch or two after attempting an unnecessary second run.

“I didn’t really feel there was a second there,” he admitted. “But I came back for it anyway and the result was the result. It’s disappointing. It was my call at the end of the day.”

While the end was disappointing, Burns could be proud of his batting on day three. Having admitted he struggled to adopt the correct tempo to his innings at the end of day two, he settled down admirably on day three. And while there was a period when he appeared troubled by Neil Wagner’s short ball – he was struck twice, once on the chest and once on the back by such deliveries – he later pulled with impressive command.

“I struggled a little bit with my tempo on day two,” Burns said. “I basically just kept seeing it and wanted to climb into it and give it the kitchen sink. It more of a mindset shift rather than a technical shift on day three. I just tried to let the ball come to me and kill it underneath my eyes.

“I just tried to apply myself for as long as I could. It came to a slightly disappointing end but I thought I played quite well. It was nice to take the opportunity on a flatter surface, but I would have liked it to be bigger.”

Burns had also appeared to struggle to adapt to the demands of the match position in the second innings of the first Test. But he explained that his dismissal – top-edging a sweep – was more a reflection of his discomfort against the left-arm spin of Mitchell Santner than an attempt to dominate the bowling.

“I thought was playing really nicely in Mount Maunganui,” he said. “But I didn’t enjoy having the short leg in. Santner was getting some to spit and I thought I was worse off playing with a straight bat. I wasn’t fully backing my defence so I saw fit to get one and get up the other end. It wasn’t trying and hit it for four.”