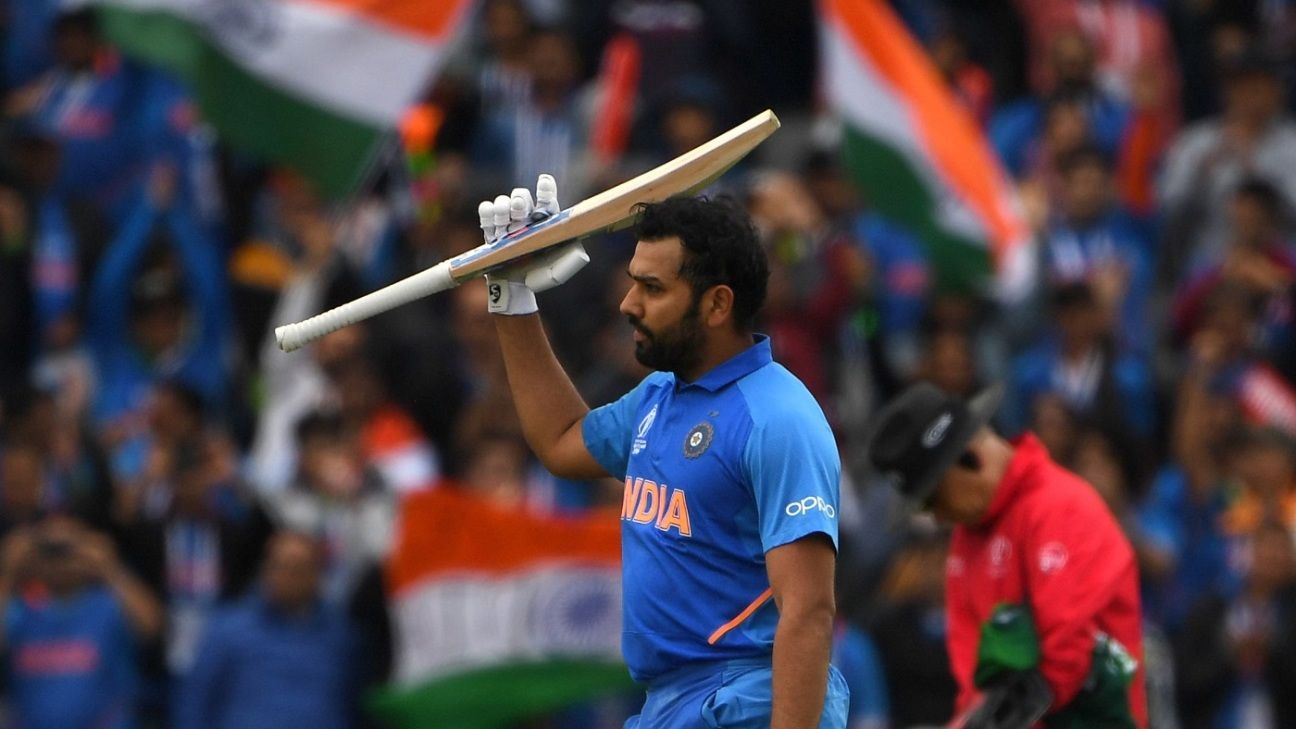 Virat Kohli remains the No. 1 batsman on the ICC ODI rankings, but Rohit Sharma is breathing down his neck after a stupendous showing in the round-robin stage of the World Cup. Rohit has scored 647 runs so far in the tournament, at an average of 92.42, with five hundreds in eight innings. From a 51-point difference, the gap between Kohli and Rohit has now narrowed to a mere six points, with Rohit achieving a career high of 885 points.

Just below these two Indian batsmen is Babar Azam, who has moved up four places to third position, and at fourth is Faf du Plessis, who has moved up two spots. Ross Taylor, who began the World Cup at No. 3, has only shown middling form through the tournament, and now sits in fifth place. Taylor’s team-mate Kane Williamson, meanwhile, has moved up four spots to eighth place.

David Warner, who spent a year out of international cricket serving a ban for his role in the Newlands ball-tampering saga, has re-entered the rankings in sixth place. With 638 runs at 79.75, Warner is currently the second-highest run-getter at the World Cup behind Rohit.

The top two remain unchanged among ODI bowlers too, with Jasprit Bumrah‘s 17 World Cup wickets at 19.52 helping him extend his lead over the No. 2-ranked Trent Boult from 21 points to 58.

Mitchell Starc, the top wicket-taker at the World Cup with 26 at 16.61, has jumped a whopping 15 spots to No. 7. Starc, who had battled a pectoral injury in the months before the World Cup, hadn’t played any ODI cricket between November 2018 and the start of the tournament.

Shakib Al Hasan, who is third among the World Cup’s run-getters with 606 at 86.57 to go with 11 wickets at 36.27, remains the No. 1 allrounder in ODIs, while Ben Stokes is hot on his heels in second, having climbed nine places to get there.

England remain No. 1 on the team rankings, with 123 points, but only decimal points now separate them from India, who topped the World Cup’s round-robin phase with seven wins and just one defeat. New Zealand and Australia, the other two semi-finalists, are similarly neck-and-neck on 112 points in third and fourth on 112 points, while South Africa are fifth on 110.