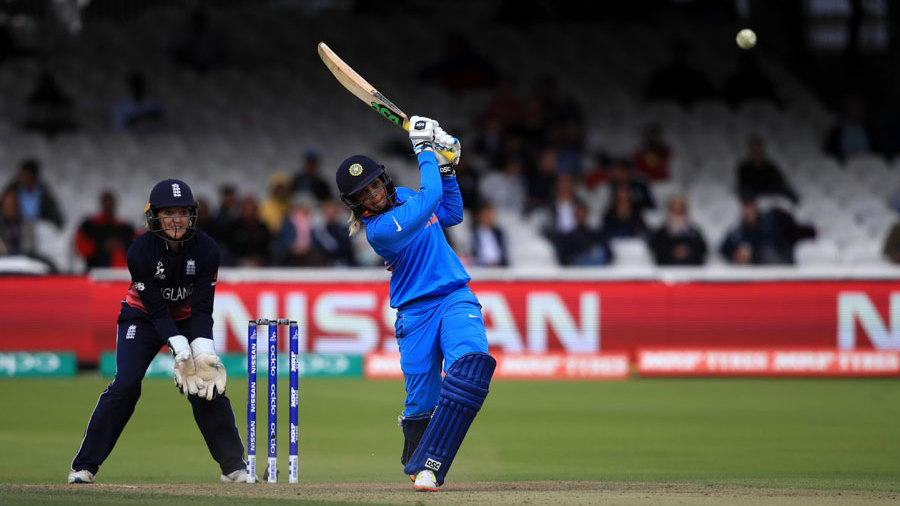 Veda Krishnamurthy produced the highest score of her T20 career, her unbeaten 57 along with a fifty from Jemimah Rodrigues as well helping India to a resounding 61-run victory over West Indies women in Providence. India were able to put up 134 on and it proved plenty more than enough as Anuja Patil, in her 50th T20 game, picked up incredible figures of 3-1-3-2.

India needed to recover from a poor start after they elected to bat, with the openers Shafali Verma and Smriti Mandhana dismissed for single-digit scores. But that only meant more time for Krishnamurthy and Rodrigues to influence the game. They put on a 117-run partnership, hitting seven fours together. It appeared to be a tough pitch for run-scoring but Krishnamurthy rose above it. Of all the batters to face at least 10 balls, she was the only one with a strike-rate above 100.

India’s bowlers made use of those conditions well, Patil picking up both her wickets in the fourth over to hurt West Indies in the chase. After that opening, which left the hosts 13 for 2, the spinners took over, each of Radha Yadav (1-10), Poonam Yadav (1-15) and Harleen Deol (1-13) picking up a wicket each. West Indies could barely get any momentum in the case; they were 31 for 4 in the 11th over and the game was pretty much done there. Kyshona Knight top-scored with 22 off 39 balls.

India end the tour having won nine out of 10 matches as they continue preparing for the T20 World Cup in February 2020.