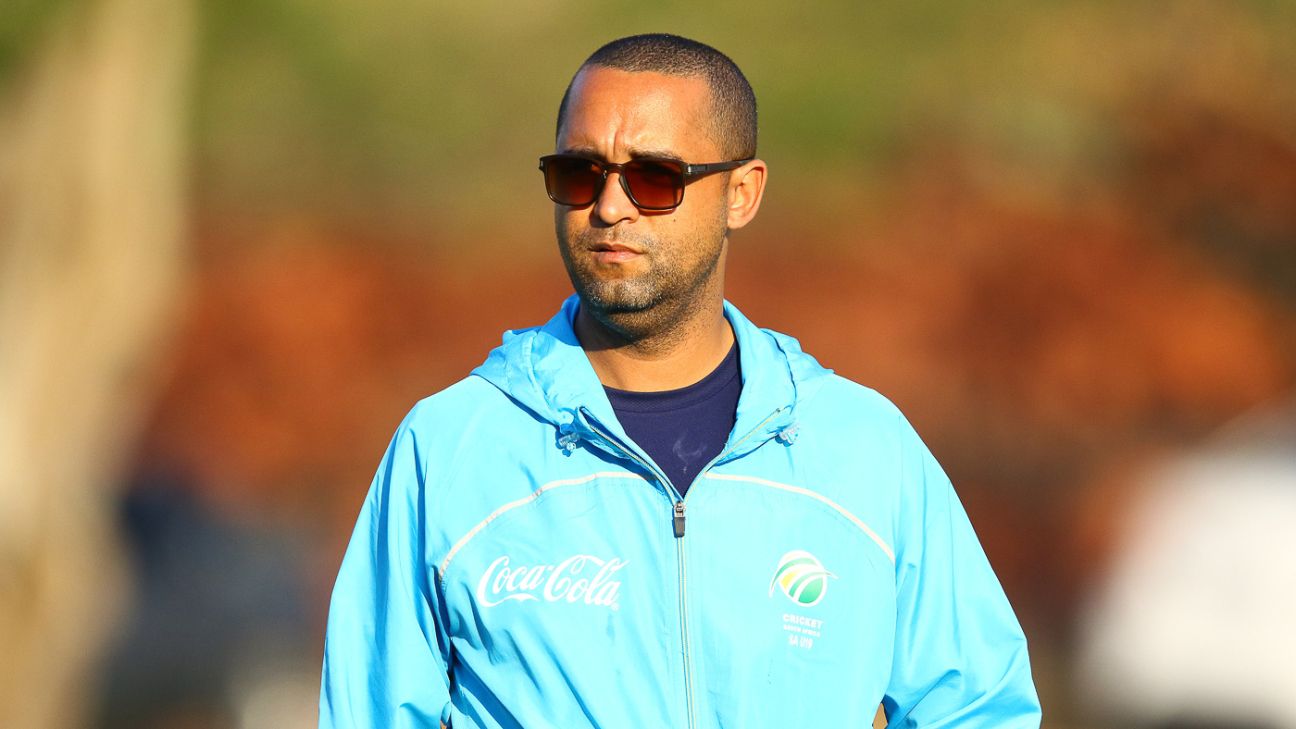 Robin Peterson, the former South African left-arm spinner, has been appointed interim head coach of the Port Elizabeth (PE) based Warriors franchise, replacing Rivash Gobind, who has joined Afghanistan’s support staff. Peterson retired in 2016 and has since had coaching stints with the South African under-19 and A teams, the national academy and in the CPL, IPL and the T10. Peterson will also be the assistant coach to Eric Simons at the Nelson Mandela Bay Giants in the MSL, which starts next month.

His appointment means that four of South Africa’s six franchises are coached by former Test cricketers. Ashwell Prince is in charge of the Cobras, Mark Boucher of the Titans and Imraan Khan of the Dolphins. Ordinarily, this may not be worth pointing out but it has become a particularly important fact in the aftermath of the Test team’s drubbing in India. There, the lack of experience among the squad and depth in the domestic system was under the microscope with captain Faf du Plessis lamenting the lack of recent retirees’ lack of involvement in South African structures. Now, at least there is evidence that ex-players are being brought into the fold and Peterson, who hails from the Eastern Cape is delighted to be involved.

“It’s especially a privilege being a PE boy and having spent the best part of my career playing for the Warriors and now getting the opportunity to help develop and guide the team. This is a huge thrill. They have the right mix of youth, experience, and talent to do something special as a collective and push for silverware, he said.

Peterson joins the franchise in the third week of the domestic season. They are currently playing against the Titans at St George’s Park. The Warriors are third on the points table after losing their opening fixture to the Knights and then beating the Lions.

The Warriors have never won the franchise first-class competition and have only claimed three trophies in franchise history. In 2009/10, under former South Africa and current Bangladesh coach Russell Domingo, they won both the one-day and twenty-over competitions and in the 2017/18 summer, they shared the one-day cup with the Dolphins.

Nonetheless, they have supplied South Africa with some of its recent talents and seem set to provide a few more. Anrich Nortje, the fast bowler who made his Test debut in India, is in the Warriors squad alongside promising young batsmen Matthew Breetzke and Sinethemba Qeshile, and the exciting quick Lutho Sipamla.