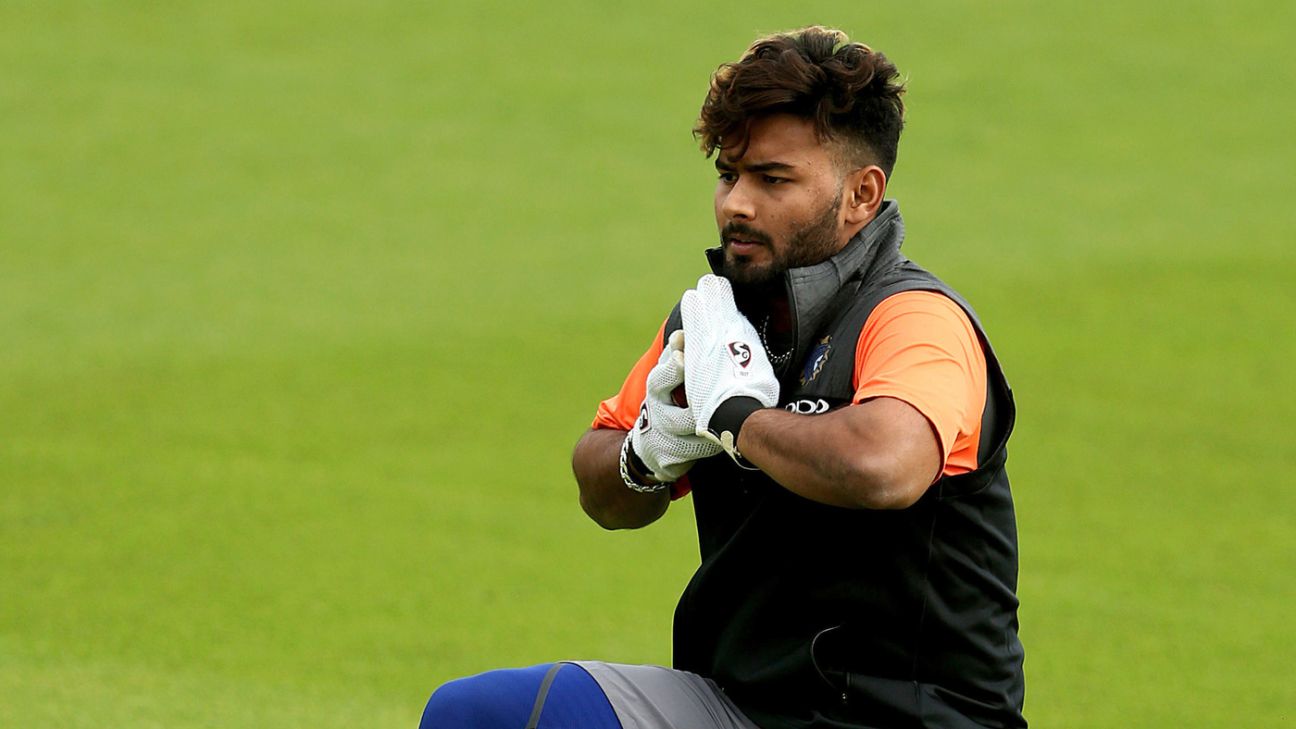 Rishabh Pant is “very much” part of India’s World Cup plans and his absence from the ODI squad currently taking on Australia is because he needed rest, according to MSK Prasad, the chairman of selectors.

“Rishabh Pant played three T20Is and four Test matches in Australia and that had an impact on his body,” Prasad told PTI. “He needed complete rest for two weeks and then we will take a call on how many matches he will play against England Lions. Let me put it straight, he is very much in our World Cup plans. He is a champion player in the making and even he is not fully aware the kind of potential he has.”

The England Lions team will tour India for five one-dayers and two unofficial Tests in January-February, and, as per Prasad, Pant is likely to feature in some of the one-dayers. Prasad also felt his selection committee was vindicated after picking Pant for the Test series in England in August, given his run with the bat and his glove work since then.

“Ravi (Shastri) and Virat (Kohli) had advised him to put his head down and respect the match situation, and he did exactly that,” Prasad said, referring to the 21-year-old’s century in the fourth Test in Sydney. “He proved that he can switch gears seamlessly. When we picked him for Tests, experts were sceptical about his keeping but 11 catches in a Test, record dismissals in Australia series proves that selection committee is vindicated.”

The latest young player Prasad’s panel has picked is Punjab’s Shubman Gill, who will join the team for their limited-overs tour of New Zealand. Prasad said that Gill had been picked as a reserve opener.

“Shubman is comfortable both opening the innings as well as playing in the middle-order. For the New Zealand series, we are looking at him as the reserve opener behind Shikhar (Dhawan) and Rohit (Sharma),” Prasad said. “I won’t comment if he will make it to World Cup but he was phenomenal as an opener for India A in New Zealand.

“We have discussed with Rahul (Dravid, the A-team coach) that Shubman is ready for international cricket. The best part is the clutch of A tours which has made all these players battle ready for the biggest challenge. Look at Hanuma Vihari and Mayank Agarwal… they don’t look intimidated when thrown into the deep end of the pool.”

Prasad’s panel had rested Jasprit Bumrah from the home Test series against West Indies that preceded the Australia tour, and he held that if Bumrah had played that series, the bowler wouldn’t have managed to play all four Tests in Australia, where he played a leading role in securing a series win for India.

“Trust me, had Jasprit played those two Tests against West Indies, he wouldn’t have played all four Tests against Australia,” Prasad said. “The support staff has really monitored him well. He is now fitter and stronger, and with [bowling coach] Bharat Arun continuously working with him, he has improved as a bowler.

“But a lot of credit should go to Jasprit because Arun gave him a plan but it was up to him to make the effort to implement the plan. He has really worked hard. When we first picked him, so many were sceptical whether it was prudent to pick a white-ball specialist but at the end of the year, we can all see the results.”