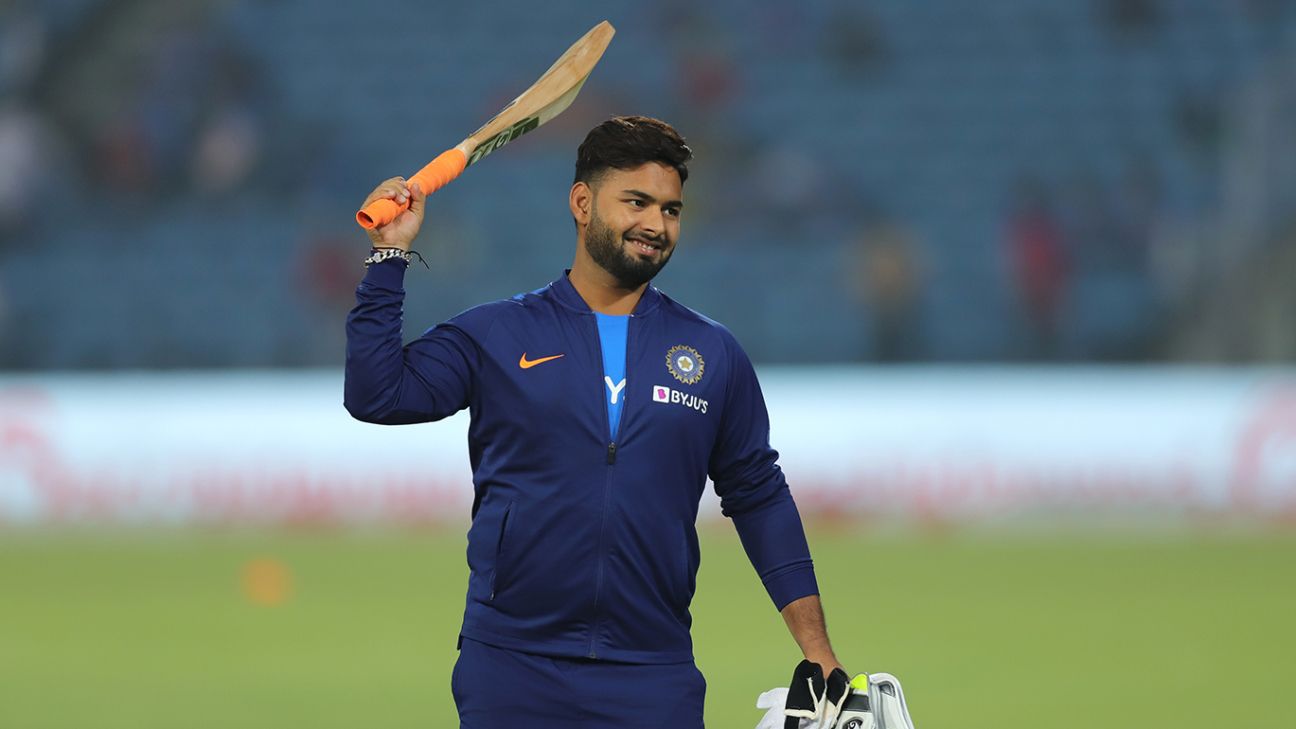 The Indian selection committee has decided to release Rishabh Pant from the Test squad in order to allow him to get some game-time ahead of India’s limited overs series against West Indies next month.

Pant will link up with the Delhi squad that is currently playing in the Super League of the Syed Mushtaq Ali Trophy 2019-20. He will thus be available for Delhi’s next two Super League matches, against Haryana on November 24 and Rajasthan on November 27, and for the semi-finals and final if Delhi make it that far.

Meanwhile, the selectors have called up KS Bharat, the Andhra wicketkeeper, to join the Indian team as cover for Wriddhiman Saha for the remainder of the second Test in Kolkata. Andhra have not qualified for the Super League in the Syed Mushtaq Ali Trophy.

“Rishabh will be playing all the six matches (3 T20Is and 3 ODIs) against the West Indies. The selectors thought it’s only prudent that he goes and plays in the Syed Mushtaq Ali Trophy for Delhi,” Press Trust of India quoted a BCCI official as saying.

Bharat has been a regular with India A in the longer format for the past few seasons, though he has never broken into the senior team. He made his first-class debut in January 2013, and has so far played 69 games, scoring 3,909 runs at an average of 37.58. He has eight centuries and 20 half-centuries, which includes a highest of 308 against Goa in 2015.

“I played the first pink ball match in Lucknow when it was introduced in the Duleep Trophy in 2015,” Bharat told PTI as he was on his way to airport from his Visakhapatnam residence. “I got a call and was asked to join the team. I’m reaching at 8.30 tomorrow morning. I am looking forward to sharing the dressing room with my idol Virat bhai. Wriddhiman is one of the best wicketkeepers of the current era. I’m hoping to learnt a lot from them.”

There have already been two concussion substitutes in the ongoing Test, both for Bangladesh. In the match itself, India’s first day-night Test with a pink ball, the home side are firmly in control after the first day.