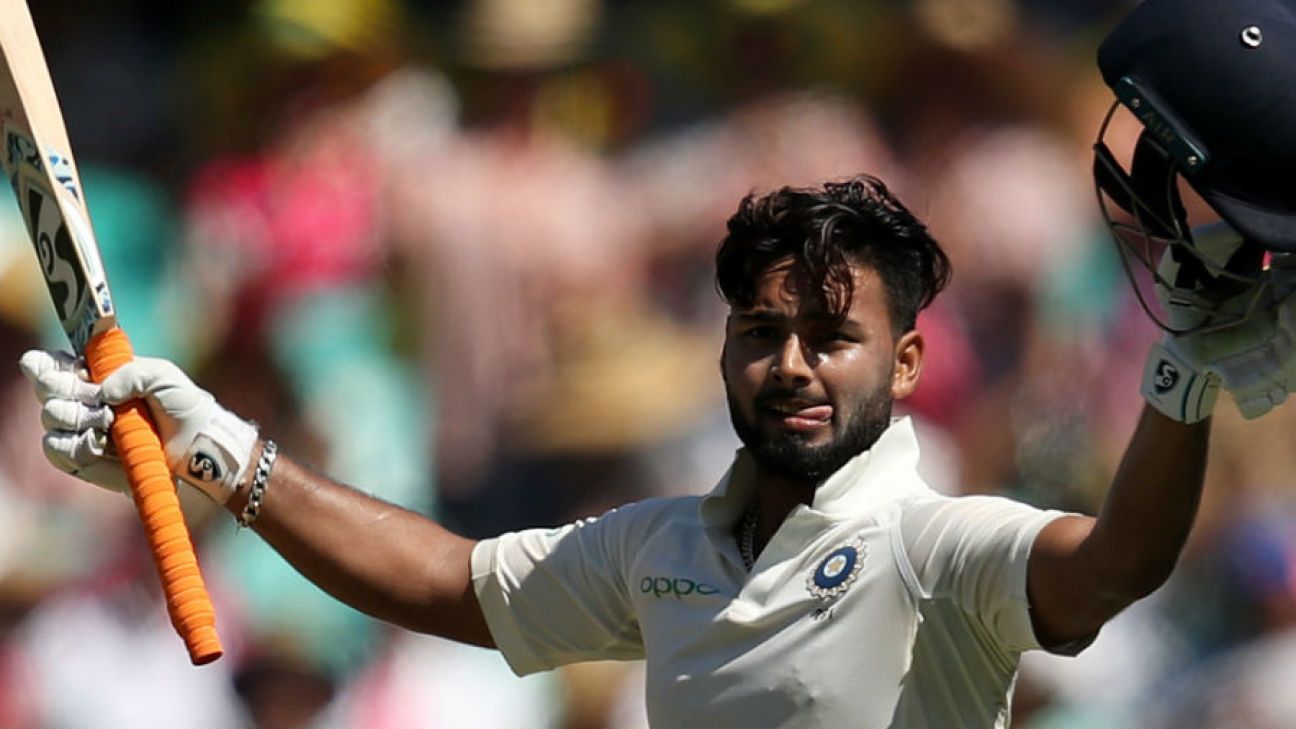 Rishabh Pant‘s exploits in international cricket since his Test debut in England last year have given him a lucrative entrance into BCCI’s annual retainers list. Pant, who was not part of the 26-man contracted players list in 2017-18 is understood to have been placed in Category A for the 2018-19 season, which carries a retainer worth INR 5 crore.

Pant, 21, has been one of the most improved players on the Indian circuit across formats and is currently auditioning for India’s World Cup squad. Picked in place of Wriddhiman Saha, who was injured through 2018, Pant cracked a century in his third Test on a debut tour of England. More recently, Pant made 159 against Australia during the New Year’s Test in Sydney, having taken 11 catches in the series opener in Adelaide, the most by an Indian wicketkeeper in Tests.

ESPNcricinfo could not confirm whether Dhawan and Bhuvneshwar will now be part of category A, but it is believed they were not retained in the A+ category because they did not consistently feature in all three formats during the last season. Dhawan struggled for form in the Test format on the tours of South Africa and England and was eventually dropped for the Australia tour, with the selectors picking Prithvi Shaw and Mayank Agarwal. Bhuvneshwar was injured at the start of the season, and although he was included in the Test squad for Australia, he did not play in the four-match series that India won 2-1.

The contracts, which run from October 1, 2018 to September 30, 2019, were approved by the Committee of Administrators, the supervisory authority of BCCI, on Thursday in Delhi. Although the BCCI is yet to make the contracts public, it is understood that Cheteshwar Pujara, whose heroics helped India win an epic Test series in Australia recently, will retain his A contract.

Two key players, Hardik Pandya and KL Rahul, who were suspended by the CoA for their alleged misconduct on a TV chat show, will continue to be part of category B (INR 3 cr.). On Thursday, the CoA had asked Justice DK Jain, newly-appointed BCCI ombudsman, to probe Pandya and Rahul’s alleged misconduct. As per the BCCI constitution, the ombudsman is the final authority to adjudicate on such issues.

Pandya is not part of the ongoing ODI series against Australia due to a back injury, but his stock has gradually increased over the last 18 months with the management backing him to play in all three formats as the primary allrounder.