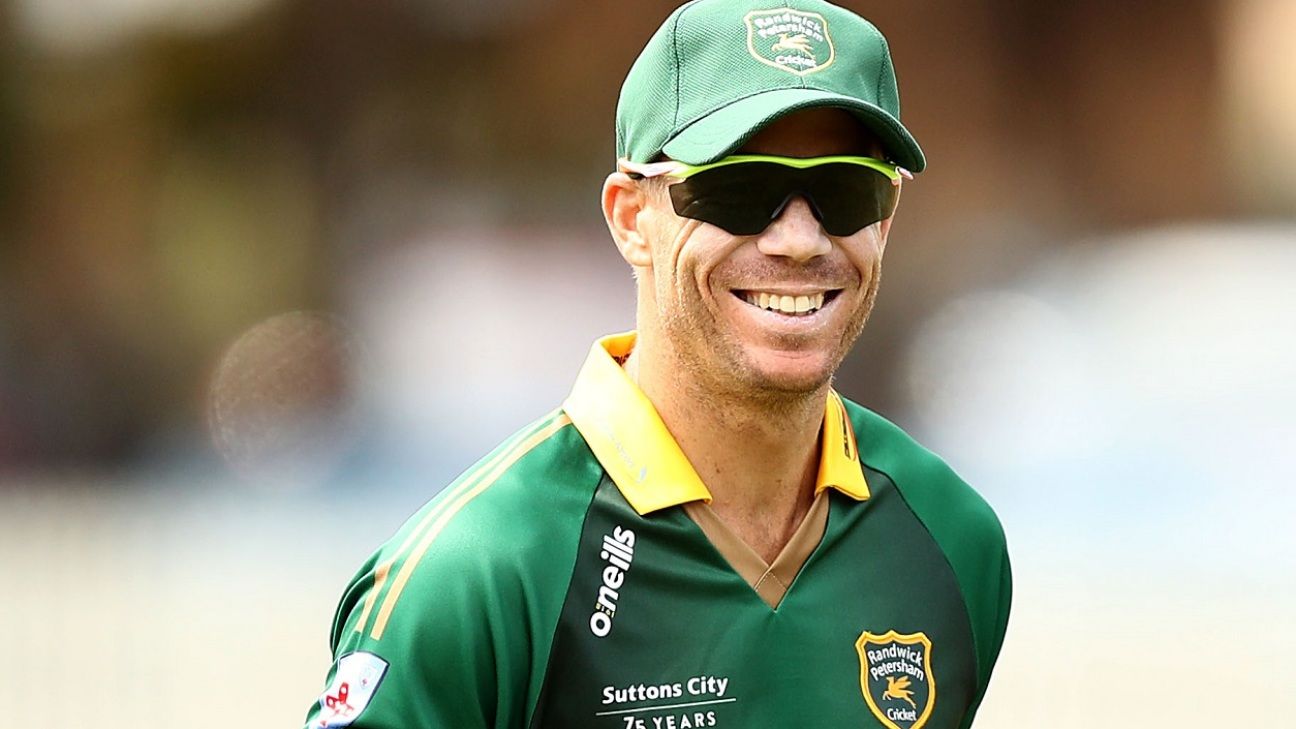 Ever since his involvement in the sandpaper scandal at Cape Town last year, not much has gone right for David Warner in his year spent in exile from the Australian team on the T20 franchise circuit. That is until the left-hand batsman went right. Literally.

Warner turned heads when he took guard right-handed against Chris Gayle midway through the 19th over of the Sylhet Sixers innings against Rangpur Riders on Wednesday. Judging by the resulting performance, he may be tempted to do it more often.

The Australian captain of Sylhet was on 45 off 32 balls at the time and had started the over on strike to Gayle with a two, but then couldn’t get either of the next two balls away. Ahead of the fourth ball, he swapped stance at the crease and with Gayle coming around the wicket, smashed the fourth ball with a golf-style straight drive over Gayle’s head for six to bring up his half-century.

Gayle countered by going over the wicket but Warner stayed right-handed for the fifth ball and reached out to sweep a low full toss behind square for four. For the last ball, Warner reverse swept Gayle, not middling it but still getting enough of it to go to the boundary. Warner celebrated during the sequence by doing a hip shimmy dance and appeared to exchange a few words with Gayle at the end of the over. Warner ended the innings unbeaten on 61 off 36 balls.

Warner, who is naturally right-handed with his throwing arm and initially batted right-handed as a child, has made a habit at Australian training sessions in the past of spending time batting right-handed. Gayle perhaps should not have been totally surprised at Warner’s method since the Australian attempted to employ the right-handed stance in a T20I vs the Gayle-captained West Indies in 2010.

However, Warner was denied by the on-field umpires, who allegedly told him at the time that it was against the spirit of the game and that it could produce a lengthy stall because the fielding side would need to adjust their field settings to comply with regulations. But Warner would not be denied in Sylhet, as he pulled out all the stops in an effort to get the Sixers out of last place on the BPL table.