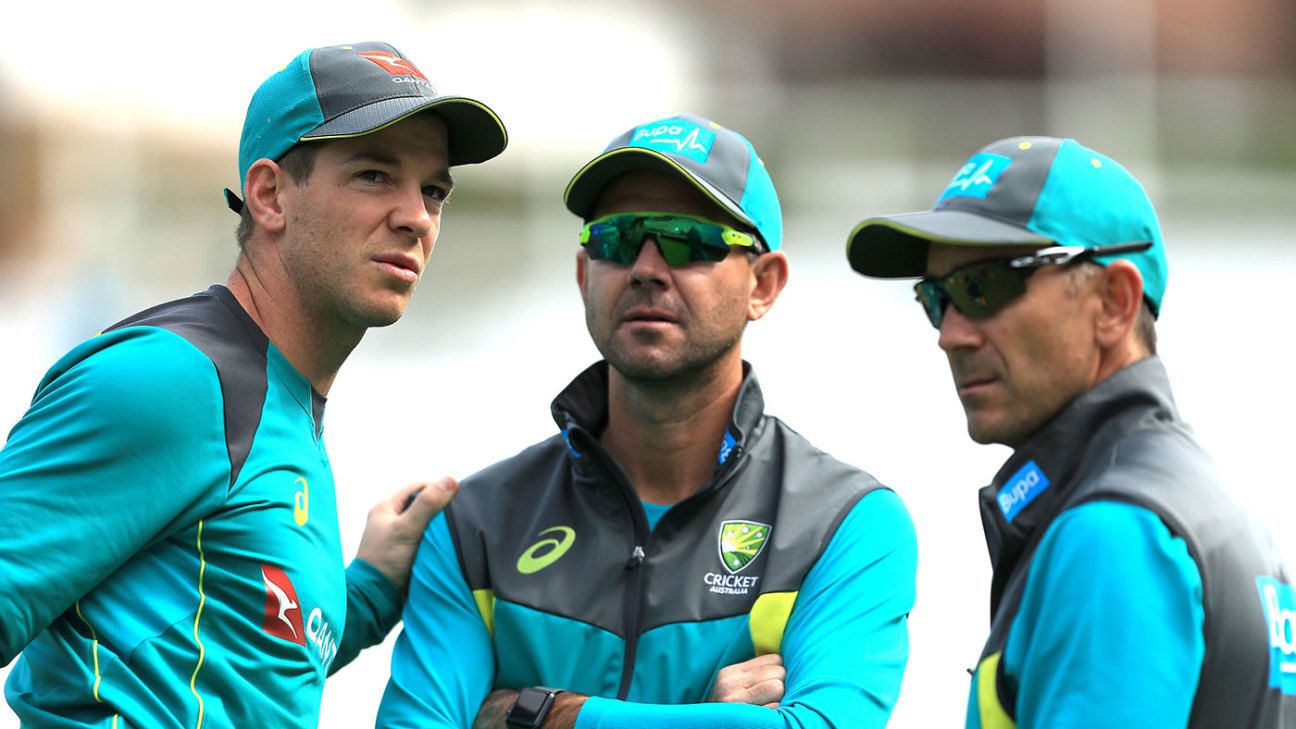 Ricky Ponting has slammed Australia for showing “no desperation” after Nathan Lyon opted not to review his lbw when given out to Kuldeep Yadav despite there being two challenges remaining.

Lyon walked off almost straightaway after the decision from umpire Ian Gould, as non-striker Mitchell Starc appeared to not offer any guidance on whether to use the DRS. The ball from Kuldeep was very full and may have hit Lyon’s boot flush, which means the umpire has to consider it goes straight on, and there could also have been a question as to whether Lyon got outside the line.

“That dismissal actually says a lot to me about the mindset of this Australian team at the moment. There’s no desperation there whatsoever,” Ponting said on Seven, one of the host broadcasters. “Why wouldn’t they have had a look at that? They’ve still got the two reviews up their sleeve. There had to be some sort of doubt in that.

“Given out straight away and Mitchell Starc just puts his hand out and says ‘oh well, it’s not me, it’s up to you to make [a call]’. Well, unfortunately, when you’re out there together it’s a partnership. You’ve got to do whatever you can to try and save your mate. And there was absolutely none of that there. And as it’s shown already that would have been given not out. Slack and not desperate enough.”

“You can see where Mitchell Starc is standing at the non-striker’s end,” he added. “One, look how wide he’s standing. There’s no need to be that wide in the first place. Nathan Lyon looks up, ‘Oh what do you reckon?’ ‘Oh I don’t know mate. Yeah I don’t know. But let’s not bother looking. We’ve only got two [reviews] up our sleeve.'”

On the third day, Ponting had also made a pointed reference to Australia’s inability to make big runs following comments over the last couple of games that the pitches have not provided enough assistance to the home attack. “If they’re flat, get some runs on them,” he said.

There have been suggestions of tensions in the Australia camp throughout this Test following the bowling performance on the opening day, where they went to a short-pitched tactic midway through the first session.

When Lyon was asked on ABC Radio how the plans came about, he said. “I’m not really sure about, I wasn’t really happy about it to be honest. We missed out using the moisture in the wicket, thought we could have stuck there longer but the captain and the bowlers came up with a decent plan and unfortunately it didn’t work.”

Starc himself is the most under scrutiny of the bowling having taken 1 for 123 from 26 overs in the first innings which has taken his average in his last nine Tests to 46.05.

David Saker, the bowling coach, then gave an interview where he revealed heated discussions in the changing room which Tim Paine later denied were as hostile as had been made out.

“We talked quite heavily about the day, more because we thought it was a really disappointing day and we just wanted to get our point across,” Saker said. “Some of it was quite aggressive and that’s not like me usually. I was quite animated, and I know I was not the only one. JL [coach Justin Langer] wasn’t happy. The bowlers know that.”