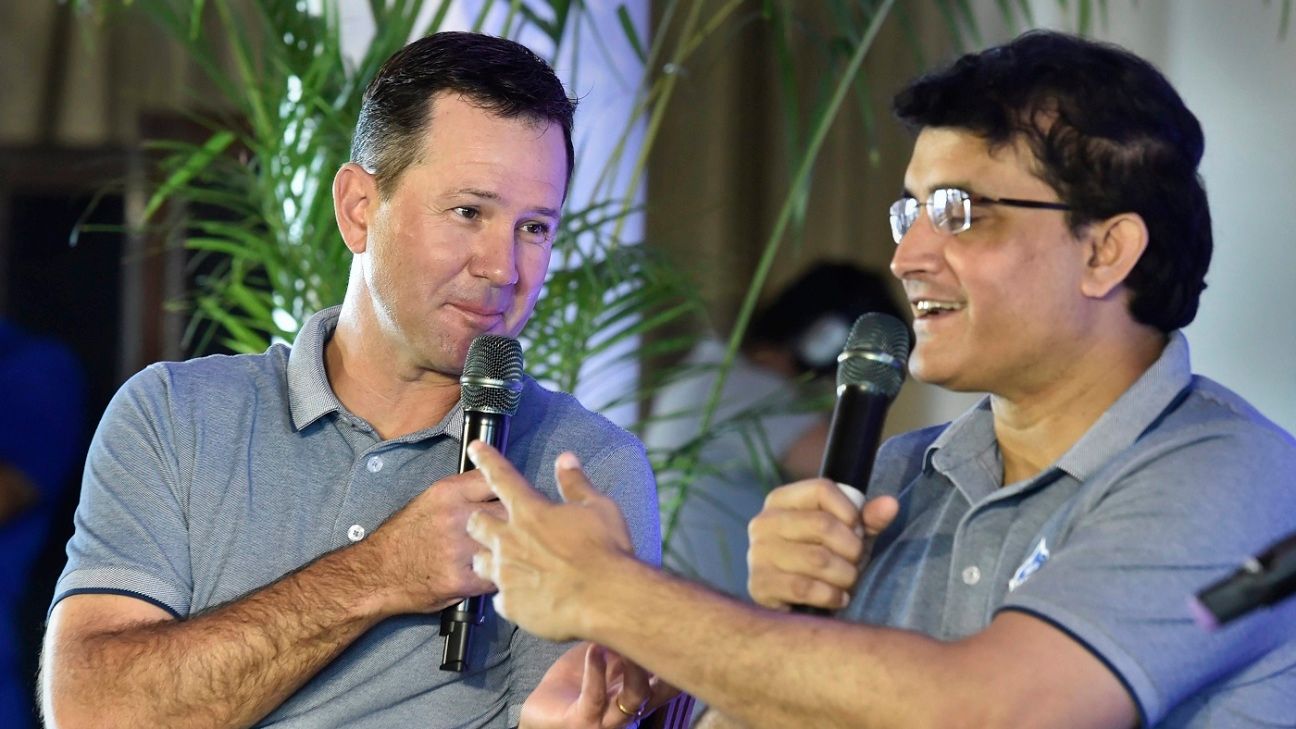 If David Warner and Steven Smith return to the Australia squad for the World Cup, will there still be room for Usman Khawaja, their star of the 3-2 ODI series win in India, in the XI? Ricky Ponting certainly wants that to happen, saying that Khawaja, if required, could even drop down to No. 3 to accommodate Warner at his favoured position at the top of the order.

ALSO READ: Khawaja makes a statement, and a strong case, for the World Cup

“I think we all saw, over the last few weeks, just how skillful a player Usman Khawaja is and can be, and I think when you see him play like that, it just makes you wonder why he doesn’t do it a bit more regularly. I think that’s the disappointing thing as far as he is concerned,” Ponting said at a Delhi Capitals function ahead of the IPL of the man who topped the run-getters’ chart for the five-match series with 383 runs, including two centuries and two half-centuries.

“I would be surprised if Khawaja wasn’t in the squad. Warner and he can be in the same squad; they might not necessarily play in the same XI. Or who knows, they could, you know: Khawaja could probably slot down at three when Warner comes in, and Steven Smith might bat at four or five or something, just to shore up those middle overs.”

“I would imagine that Aaron Finch would be leaning on Steven Smith a lot for a bit of advice, maybe leading into the games, as far as their preparations and everything is concerned, and maybe a bit of advice and knowledge as the game is being played”

It’s a toughie for the selectors, Ponting, who will join the Australian team as its assistant coach after the IPL, conceded, with the team having tried out many players in the almost-year since Smith and Warner were banned for their roles in the ball-tampering scandal in the Newlands Test against South Africa.

“It’s going to be a tough job for the Australian selectors. The fact that they have played so many players over the past 12 months and given opportunities to so many players, it’s probably created a situation now that they have 20 players they’d want to have in their World Cup squad. But they have to cut that back down to 15. It’s a good position for the Australian team to be in. Thankfully I’m not a selector, because that’s going to be a tough job,” he said.

One of the trickier bits for the team is the form of Aaron Finch, their limited-overs captain. Finch has endured a poor run of form across formats of late, with the 93 he scored against India in the third ODI his only major score. He will lead the team in the upcoming series of ODIs in the UAE against Pakistan too, but his form will most certainly be under the microscope.

Ponting said he was “pretty sure” Finch would lead Australia at the World Cup, adding that he should make use of Smith’s presence on the field when necessary.

“He (Smith) is still out on the field, so he can help Aaron Finch out. I think that’s the way the team will work. With David Warner and Steve Smith coming back, you’ve got two very experienced players coming back into the line-up, and two very, very good players. So I would imagine that Aaron Finch would be leaning on Steven Smith a lot for a bit of advice, maybe leading into the games, as far as their preparations and everything is concerned, and maybe a bit of advice and knowledge as the game is being played,” Ponting said.

“I don’t see it as a concern. I think it showed great character from Aaron Finch to be able to, even though he wasn’t playing well personally for a long time, to come to India and play that one really good innings where he made 97 [93]; but to be able to lead well when he wasn’t playing well says a lot about him. What we know about Aaron Finch is that he is a very, very good white-ball player, he’s probably been Australia’s best one-day player for the last couple of years.

“It’s a good sign for Australia that even though he’s out of form, if he gets into form just before the World Cup, then it’s a real positive for Australia.”

The series win in India has changed people’s perceptions about Australia. They had been in a trough of sorts for the best part of 2018, but beating India has come at an excellent time keeping the World Cup in mind.

“It’s funny how quickly things can change. Two weeks ago, not a single person in the world would have given Australia a chance of winning the World Cup. On the back of three really good wins over here, everyone’s talking about Australia again,” Ponting said.

“What’s happened of late, I don’t think any team will be taking Australia for granted, as they won’t take India for granted on the back of losing that series. Everyone’s making a lot about the result from Australia and being a bit more negative towards India. There’s no need for that at all. This Indian cricket team is a very, very good cricket team. Whatever position they have up for grabs in their batting order [the No. 4 batsman], they’ll fill that with a quality player. And they will go into the World Cup as one of the favourites, if not the favourite.”