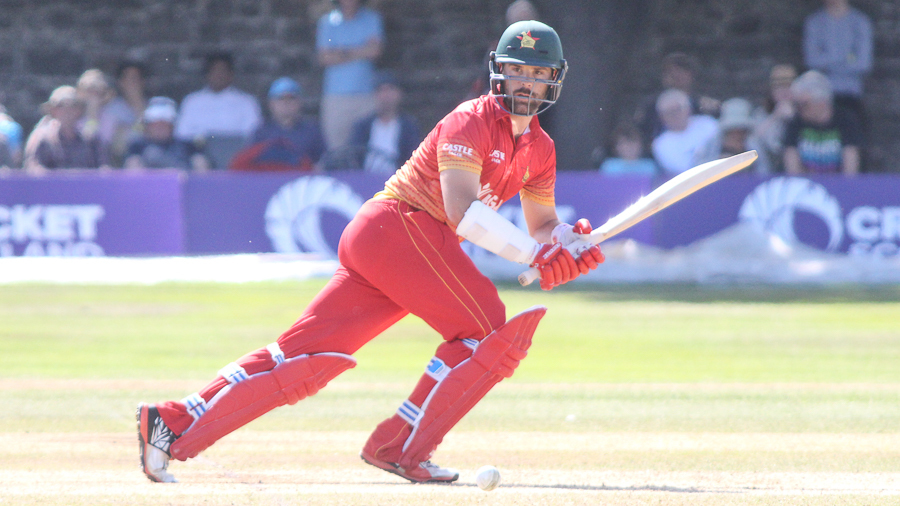 Zimbabwe have had very little to cheer about in the past few months. They became the first Full Member to be suspended by the ICC and are now set to miss next year’s T20 World Cup. The retirements of Hamilton Masakadza and Solomon Mire have added to the chaos, as did a pre-mature exit from the tri-series in Bangladesh last week.

Allrounder Ryan Burl and wicketkeeper-batsman Richmond Mutumbami, however, perked them up in a fairly comfortable win in the T20I tri-series opener against Nepal in Singapore.

Nepal’s legspin-bowling sensation Sandeep Lamichhane, fresh off a productive CPL stint with Barbados Tridents, extended his rich form and troubled Zimbabwe’s top order with his variations. After taking the new ball in a defence of 132 on a turning track, the teenager bagged three wickets in his first two overs and had figures of 2-0-12-3 at that stage – with only two runs coming off the bat. Nepal keeper Binod Bhandari, much like Zimbabwe’s top-order batsmen, struggled to read the turn – or the lack of it – and allowed two wides to sneak past him to the boundary in addition to conceding four byes.

Regis Chakabva was the first to exit, when he scooped a slower legbreak from Lamichhane to short extra-cover for a duck in the second over. Tinotenda Mutombodzi and new captain Sean Williams then fell in Lamichhane’s next over, leaving Zimbabwe 28 for 3 in the fourth over. A collapse loomed when debutant Brian Chari was run out by a direct hit from Dipendra Singh Airee for a run-a-ball 19 and Timycen Maruma was bowled by Khadka for 12 off 21 balls.

Having joined forces when Zimbabwe were 64 for 5 in the 10 overs, Burl and Mutumbami saw off Lamichhane and then secured the chase in a blaze of sixes. Mutumbami lined up offspin-bowling allrounder Airee for back-to-back sixes in the 15th over before sending Abhinash Bohara and Kushal Malla over the ropes as well.

Burl, becalmed in the early exchanges, teed off in the 17th over and hastened Zimbabwe’s victory with a hat-trick of boundaries off Malla.

Airee, who was the second-highest run-getter in the 2018-19 Everest Premier League, Nepal’s T20 league, helped his side work past the early strikes with 40 off 33 balls, including five fours. When he holed out in the 17th over, Nepal were in dire need of some late impetus at 95 for 6. And Kami provided that with a sparkling cameo that helped Nepal score 36 off their last three overs.

While Neville Madziva exploited the sluggish pitch with a variety of slower balls, including the legcutter, Tendai Chatara missed his lengths in the final over. The seamer dished out two full-tosses, and both were carted for sixes. The second full-toss was a front-foot no-ball and it resulted in a free-hit, but Chatara roused himself to concede just four off the last five balls.