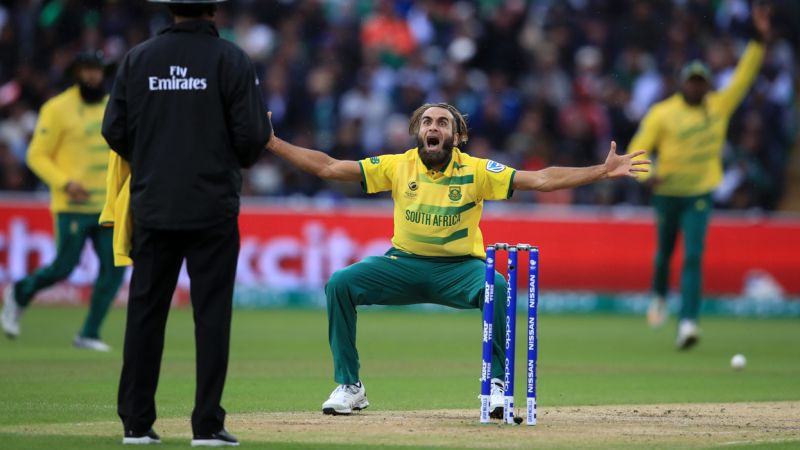 After South Africa’s domination of the Test series, a switch to the white ball should bring these two teams closer. The pitches will be flatter, the bouncers fewer, and a home side preoccupied with finding the combinations they will use at the World Cup is unlikely to have things all their way.

That’s not to say that Pakistan did not have their moments during the Tests, and there were times when the visitors bossed sessions or passages of play. Such sparks weren’t enough to swing entire Test matches, but similar performances, in a format in which Pakistan are probably a little more comfortable currently, could be enough to upset the hosts.

While Pakistan are banking on the return of a couple of very experienced old heads in Shoaib Malik and Mohammad Hafeez (as well as the added potency of players such as Fakhar Zaman in this format), South Africa have gone in the other direction, including the uncapped pair of Rassie van der Dussen and Duanne Olivier in their squad. Hafeez’s relief at the absence of the name ‘Dale Steyn’ in the squad for the first two ODIs may be tempered somewhat by a glance at Olivier’s stats during the Tests, but South Africa’s current predilection for tinkering could also expose them.

Pakistan and South Africa have traded blows in their last two one-day series on these shores, with South Africa winning 3-2 in 2012/13 and Pakistan triumphing 2-1 the following season. Indeed, Pakistan sealed that last series with a one-run win in Port Elizabeth, though Hafeez is the only member of the current squad to have played a part in that victory.

Pakistan were perhaps lacking in self belief during their Asia Cup campaign, and sharing the spoils with New Zealand may have provided little succour. After the battering they received in the Tests, a little bit of belief in their white-ball skills could go a long way. Confidence won’t be a problem for South Africa after they showed that they could beat Australia in Australia late last year even with some of their big names missing, and the hosts start as clear favourites.

ALSO READ: The rise of the Bloemfontein Bone Collector

Rassie van der Dussen was the leading run-scorer of the Mzansi Super League with 469 runs at a strike-rate of 138.75, and after almost a full year of plying his trade mostly as a T20 cricketer, he now has the opportunity to make a well-timed entrance into the Proteas one-day side ahead of the World Cup. St George’s Park is a ground that already holds special memories for van der Dussen: it was here that he made his T20 debut for North West back in 2013.

The last man standing from the 1990s, Shoaib Malik is experience personified. Fourteen of his 274 ODIs have been played in South Africa, and he has an excellent record with the bat here, averaging 48.88 with a century and a fifty to his name. Pakistan will look to Malik for the middle order ballast that was lacking from their efforts in the Test series.

South Africa coach Ottis Gibson reckons that one of van der Dussen’s strengths is that he can slot into virtually any position in the top six, and there is likely to be an experimental look to the hosts’ playing XI, making a starting line-up hard to predict. South Africa have two wristspinners in their squad, in Imran Tahir and Tabraiz Shamsi, though conditions will probably dictate that they only play one.

Shan Masood’s form in the Test series means he could be in line for an ODI debut, although that could complicate things for Pakistan at the top of the order. The visitors should be buoyed by the experience in the middle order engine room, while the bowling attack’s key ingredient is variety.

The St George’s Park strip has a reputation for being kind to batsmen, and the outfield for being quick, so there should be runs to be had. That being said, there have been occasions where this track has played a little slower and lower than a stroke-maker would like, and spin can be a factor at the back-end of a match. There could be a little rain around in the morning before the game, but the afternoon should be mostly sunny and the evening mild.

“This field is one of the best in the country. The outfield and the wicket always have a nice pace to them. It is a ground that has good memories for me, I made my T20 debut here a few years ago. I am quite excited.”
After his T20I debut against Zimbabwe last year, Rassie van der Dussen should make his ODI debut against Pakistan