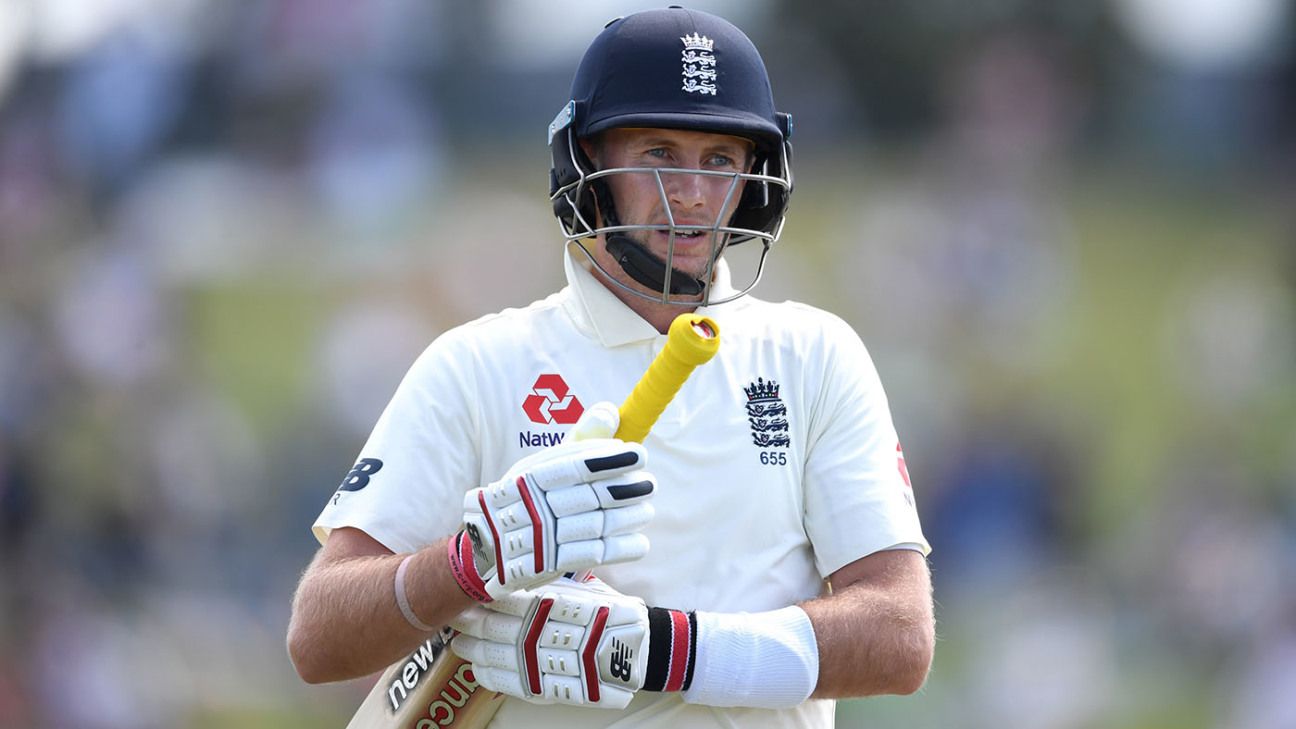 Joe Root believes he is “not far away” from recovering his best form with the bat.

The England captain has slipped outside the top 10 of the ICC’s Test batting rankings – with 697 rankings points, it’s his lowest ranking for more than five years – and admits he “played two horrendous shots” in the first Test against New Zealand in Mount Maunganui.

But he says his batting has “just clicked” in training and feels a return to form is “round the corner.”

“I’m not far away,” Root said as he came out of the nets in Hamilton on Wednesday. “I’m feeling really good in practice. I know I played two horrendous shots in the last game but, in many ways, the fact that I’m getting myself out and not being got out, means I can deal with that. So long as it’s not too frequently, anyway.

“I’m moving well. I’m hitting the ball well. I’ve just got to keep my feet moving, stay busy and go about my business the way I have for four or five years.

“It’s felt much better this last week or so; it feels like it’s just clicked in. We’ve all been in situations before where it just takes one boundary, or negotiating one delivery and everything just slips back in and you feel you’ve batting for four or five hours. I’ve generally been quite consistent. And even if things have not felt right, I’ve managed to score runs. I’ve got to trust that that’s going to come. I’m not far away.”

Whatever his recent struggles, Root’s enthusiasm for batting – and the captaincy – is undiminished. He has reiterated that he has no intention of giving up any format of the game and says he is as committed to the captaincy as ever.

ALSO READ: Who could take over from Root?

“Regardless of whatever the schedule is, I will always continue to keep working on my batting,” he said. “I love it. One of the perks of playing cricket for a living is you get to do one of your favourite things.

“I have no plans to quit any format of cricket. I want to keep playing as much as I can. I know that there’ll be a day when my back’s gone, or I wake up and I physically can’t do it anymore. So I want to make the most of it when I can. I’m very fortunate to be in the position where I captain England and play for England. It’s the best job in the world in so many ways.”

Root’s decline in the rankings has been dramatic. From a high point of No. 1 in 2015, he has declined to the point where he is not only no longer in the top 10, but a couple of places behind Ben Stokes at No. 9. But his focus, he says, is not on personal achievement.

“I think the rankings are there for you guys in the media to talk about,” he says. “My focus, as a batter and a captain, is winning Test matches. That’s what matters. I’d take a pair for a win. But we’re more likely to win if I score a double-hundred.”

England have an optional training session on Thursday afternoon in Hamilton; the second Test starts on Friday.