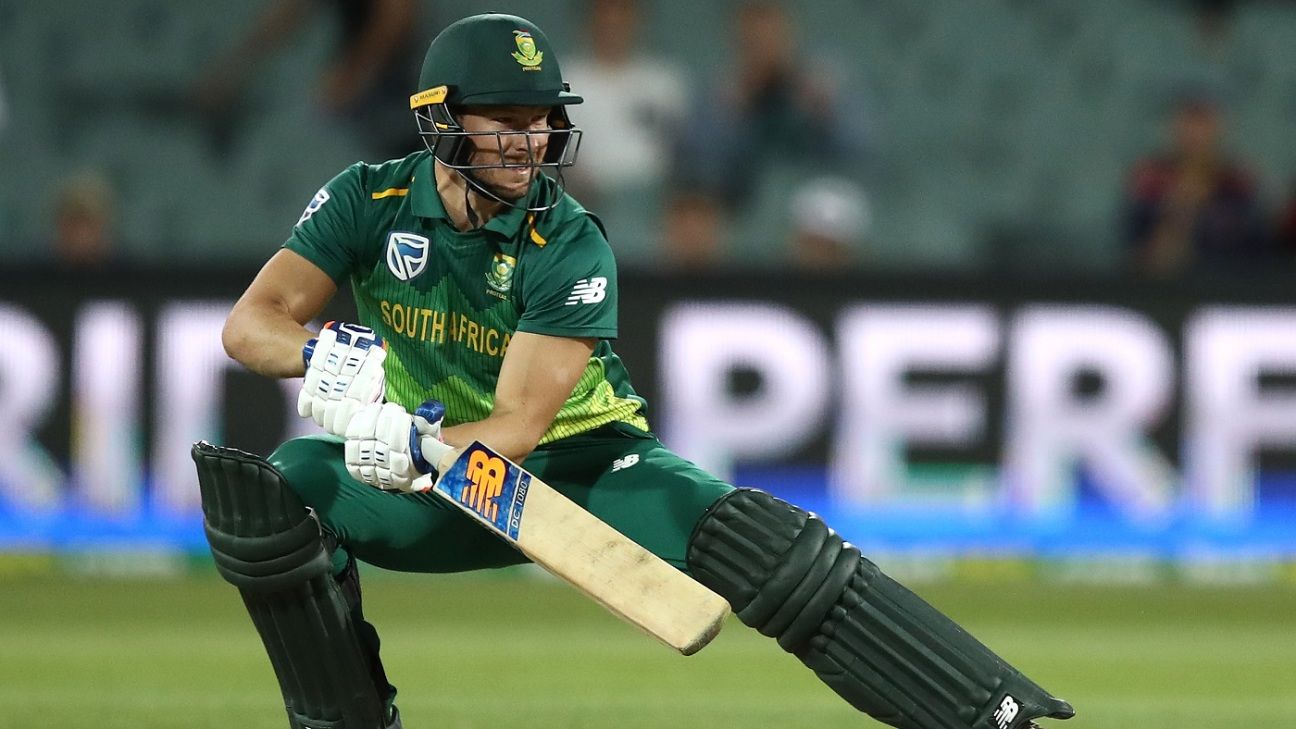 David Miller endured what were, by his standards, modest returns in the midst of South Africa’s 3-2 ODI series win over Pakistan. Miller only gave glimpses of the striking power he is capable of with scores of 16*, 31 and 4, but he insisted that he is feeling “really good” after a refreshing break over the new year.

With the inaugural Mzansi Super League running straight on from South Africa’s limited-overs tour of Australia, there was no downtime towards the end of the year and Miller admitted feeling “a little bit rundown” before a three-week break while South Africa switched to the longest format with three Tests against Pakistan.

“I feel really good, to be honest,” Miller said. “I had three weeks off. I was in the gym quite a bit, ran a bit, and enjoyed my time off. I think mentally I was a little bit rundown towards the end of last year, but I had a good break and I feel it did me good. I’ve been training really hard, and I feel in a good space with my game. And there’s a lot of cricket ahead, so I needed a bit of a break.”

Miller was left out of South Africa’s XI for the series decider at Newlands on Wednesday, with the coach and selectors instead opting to field test all three of their all-round options in Wiaan Mulder, Andile Phehlukwayo and Chris Morris. The rotation continued the pattern of experimentation in South Africa’s white-ball cricket of late as coach Ottis Gibson and Faf du Plessis explore their options with an eye on the World Cup.

“It is quite challenging at times, but I think as a player you’ve got to deal with something like that,” Miller said. “We’ve all committed to the bigger cause. We all want to win the World Cup as a country. If the selectors or coach or captain want to try out different guys, you’ve got to accept the decisions. That’s something we’ve all committed to as a team. There’s definitely a bigger picture. It’s nice to have refreshed players as well. It doesn’t allow mediocrity within the squad. You’ve constantly got to be on your A game.”

While his scores in the ODIs against Pakistan haven’t been great, it is only four innings ago that Miller smashed a 108-ball 139 to help set up South Africa’s away series win over Australia. On a record-breaking day, Miller shared a 252-run stand with his captain du Plessis – the highest ever conceded by Australia in ODIs.

“All those kinds of performances go down as experience,” Miller said of his ton. “At the end of the day, the next game is just as important. It’s really nice to have had that, but it has come and gone.”

While Miller’s focus is forward-facing, the make-up of the T20 squad he is part of also points towards South Africa’s future. He will be one of the senior players in a new-look squad for the T20s against Pakistan, and suggested that for the new faces in the team the upcoming games could represent both a shot at World Cup glory and an opportunity for further franchise T20 opportunities.

“It’s a different format, but every format you play for South Africa you do have an opportunity if you really excel to put up your hand in that sense,” he said. “It is around to the corner to the World Cup, so I don’t see why not, if someone does extremely well. Saying that, there have been a lot of guys getting chances over the last 18 months. It’s definitely a good stepping stone for the World Cup.

“T20, globally, there’s a lot of contracts around the world now. So as a youngster, if you do well in the international arena, it gives you the opportunity for other formats in South Africa, but also abroad as well. It creates a lot of opportunity.”

As well as being a senior member of South Africa’s white-ball set-up, Miller is also positioned in the middle order as the team’s finisher. It’s a role that has moulded virtually his entire career, and one that he has grown very comfortable with.

“It’s pretty much been my career,” he said of the ‘finisher’ role. “You mould yourself around that and you’ve got to make it happen. That’s something that I’ve been working on. You don’t get it right every time, but that’s the aim – to practice with the intention of finishing a game. Wanting those moments. That’s been my role for many, many years and I take it onboard.”