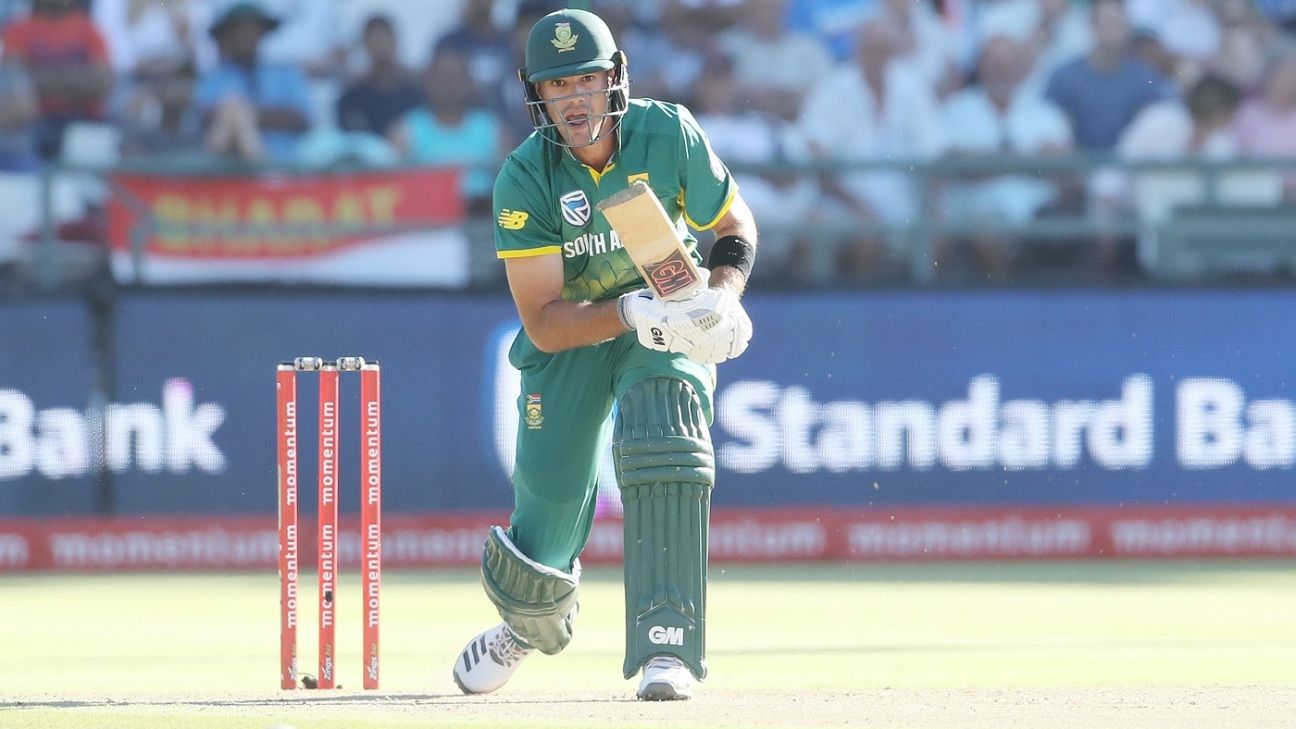 After being left out of South Africa’s limited-overs plans this summer, Aiden Markram has returned from the wilderness just in the nick of time to make a last-minute claim for World Cup selection.

Over the last 10 days, Markram’s success on the domestic circuit has made him impossible to ignore, but while the stage is set for a fairytale ending and a trip to England, Markram insists that he has returned with a fresh sense of perspective and renewed energy – whether or not he is eventually selected for the tournament.

“In the last couple of weeks I was obviously left out of the squad, and rightly so,” Markram said ahead of the fourth ODI against Sri Lanka. “The numbers just weren’t good enough. Since then, it’s been a case of trying to take selection out of my mind. I’ve been with the Titans for a couple of weeks now, and I’ve just been trying to invest my efforts and energy into that team. I’m going to come here with the exact same mindset. I’m going to try and be full of energy and full of positive vibes for the side, and then we’ll see what happens.”

While South Africa tinkered with their one-day side without him in it, Markram returned to domestic duties with Titans and started things off by adding 169 runs to a world record-breaking 272-run sixth wicket stand with Farhaan Behardien against Cape Cobras. Then came a 234-run stand with Tony de Zorzi against Warriors at St George’s Park, to which Markram contributed 139. Not quite done yet, Markram slammed a 43-ball 85 to help set up a two-wicket win when Warriors made the return trip up to Benoni.

After his record-breaking association with Behardien, Markram suggested that while he might not have any control over national selection, he could make his own case through sheer weight of runs. The runs have clearly counted in his favour, but the job is not done yet and Markram still faces stiff competition for a potential spot in the World Cup squad, adding: “I’m trying my best to get in”.

“There was a stage where it was really important to me,” Markram said. “It was something that I really wanted to make happen. But like most things in life, once you experience a low, you put a lot of things into perspective. The good old cliche, it really is not the end of the world.

“Having said that, it would be an absolute dream come true. And I’d fight tooth and nail to try get into that squad. By no means am I just floating about and hoping to get in. I’m trying my best to get in. But things have been put in perspective. Whether it happens or not, it sits easy with me. I ideally just want the Proteas side to go there and really win the World Cup for the country. That’s really it.”

Faf du Plessis has made clear what he expects of his World Cup hopefuls, and with a career ODI average of just 25.43 and only one fifty to his name, it was clear Markram had to raise his game to meet the standard. The cascade of runs at domestic level suggest he has done just that.

“I still think as a side we’re striving for a lot more than where we are,” he said. “Faf spoke about each player trying to get better and take themselves to places they’ve never been before, and that’s really the thought at the moment. It’s up to each player to set the standard pretty high and to chase that bar. The guys are looking forward to it. There’s not too much emphasis on a whitewash, the emphasis is on how high and how far we can push ourselves as a squad.”