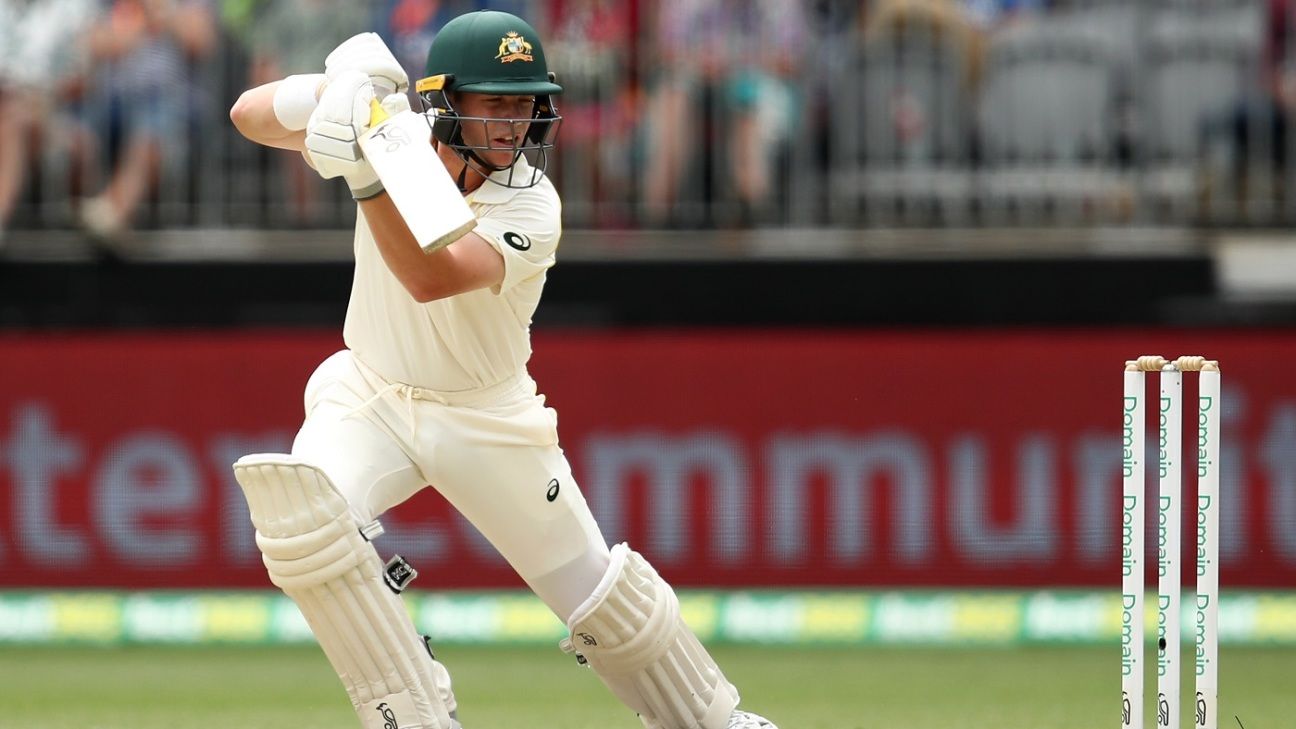 Even prior to David Warner’s barnstorming return in the World Cup, Marcus Harris knew the two opening spots available for Australia in the first Ashes Test at Edgbaston would be reduced to one.

While Harris impressed in his first international summer against an outstanding India attack, he walked away without the defining innings to show for it. He reached 20 in six of his first seven Test innings but made only two half-centuries with a highest score of 79. Slim pickings against a comparatively gentler Sri Lanka attack left him frustrated but he knows no matter what he might have done, Warner’s return was always a certainty.

“I’m not sure he’s nipping at my heels, I’m pretty sure he’s there,” Harris said. “He’s probably the best opening batter of my generation. Just to watch the way he played, how he took it on against other sides and how consistent he was.”

Warner has been the most successful opener in Test cricket since 2013 with 5341 runs at 49.91 including 18 hundreds – seven ahead of the next best of M Vijay’s 11 hundreds. However Harris, an incredibly pragmatic character, doesn’t see Warner’s return to the Test side as a door closing in his face.

“If I had the opportunity to play with him it will be a great learning experience to watch the way he goes about it and how he takes on other teams,” Harris said. “I don’t see it as a hindrance, I see it more as an opportunity to learn from someone who’s probably the best, in my opinion, at that position. And I think the Australian cricket team will be better for having him back in the side.”

Harris arrived in England earlier this week to join the Australia A team for the red-ball section of the tour in the lead up to the Ashes. While most of the potential Ashes squad have been playing cricket in England, either in the World Cup, with the Australia A one-day side or an English county, Harris has had to make do with the indoor centre at the Junction Oval in cold, wintery Melbourne, save for a week-long camp in Brisbane at the start of last month.

“You make the most of what you’ve got but it’s not outdoor nets, out in the sun,” Harris said.

He has spent his time wisely, working closely with Victoria coach Andrew McDonald and assistant coach Mick Lewis, recalibrating his batting rhythm after a lengthy spell following the best summer of his career. His specific focus has been the moving ball, playing under his eyes and not following the line.

“It’s probably just trying to play the ball late with batting stuff,” Harris said. “Going over to England that’s probably the main focus. It can be hard on the indoor wickets with the way that they play. Just trying to hold my line which I’ve spoken about before.”

He has vast experience playing league cricket England, spending two summers in Taunton, but none playing at first-class level.

Opting not to play county cricket, unlike Marnus Labuschagne and Cameron Bancroft, has its pros and cons. He could have continued his sparkling form from the back end of the Sheffield Shield season, where he passed the magical 1000-run milestone for the season and was player of the Shield final with a fine century, but he also risked burn out.

“I’m quite aware that I might not walk out in the first game in England and come out straight away and blaze them,” Harris said. “But if I give myself the opportunity to come out in the middle and occupy the crease for a little while, I think my form will hopefully carry through into England. It could have been quite easy to keep going but if I kept going then I could have been at the point now where I’d had enough and needed a break. I think having the break will work for me.”

He learned some valuable lessons last summer about the demands of Test cricket.

“I was knackered after the Test series and even just to have a week off before BBL and Shield cricket was really good,” he said. “To be able to have an extended break now to do some training and stay at home for a bit has been really good. I think it makes you hungry and to actually really want to go out there and play.

“It’s one of those things where it wasn’t so much physical exhaustion, it was more mentally, I think it was just such a big emotional rollercoaster of my first summer. I think from having the experience I’ll be better for it. Obviously the Ashes will be another kettle of fish if I’m there but I think I’ll be better for the run.”

However, he knows he is no guarantee to make the Ashes squad let alone walk out to bat alongside Warner in the first Test. Joe Burns made 180 in his last Test as Harris’ opening partner but has had the misfortune of coming home from his county stint with Lancashire to recover from post-viral fatigue.

Burns has recovered and was added to the Australia A squad after initially being left out. It appears that Harris and Burns will have a three-match shoot-out to partner Warner, but Harris is unperturbed.

“There’s definitely still a bit of water to go under the bridge,” Harris said. “But I felt like I finished off the summer in really strong form and did as much as I could. A couple of [Sheffield Shield] 90s I could have turned into a couple more hundreds but I feel like after my first couple of Test series I finished the summer strongly. It could have been easy to peter out and let it slip but I was really driven to finish off well. There’s definitely competition for spots but I feel like I’m doing all the right things at the moment.”