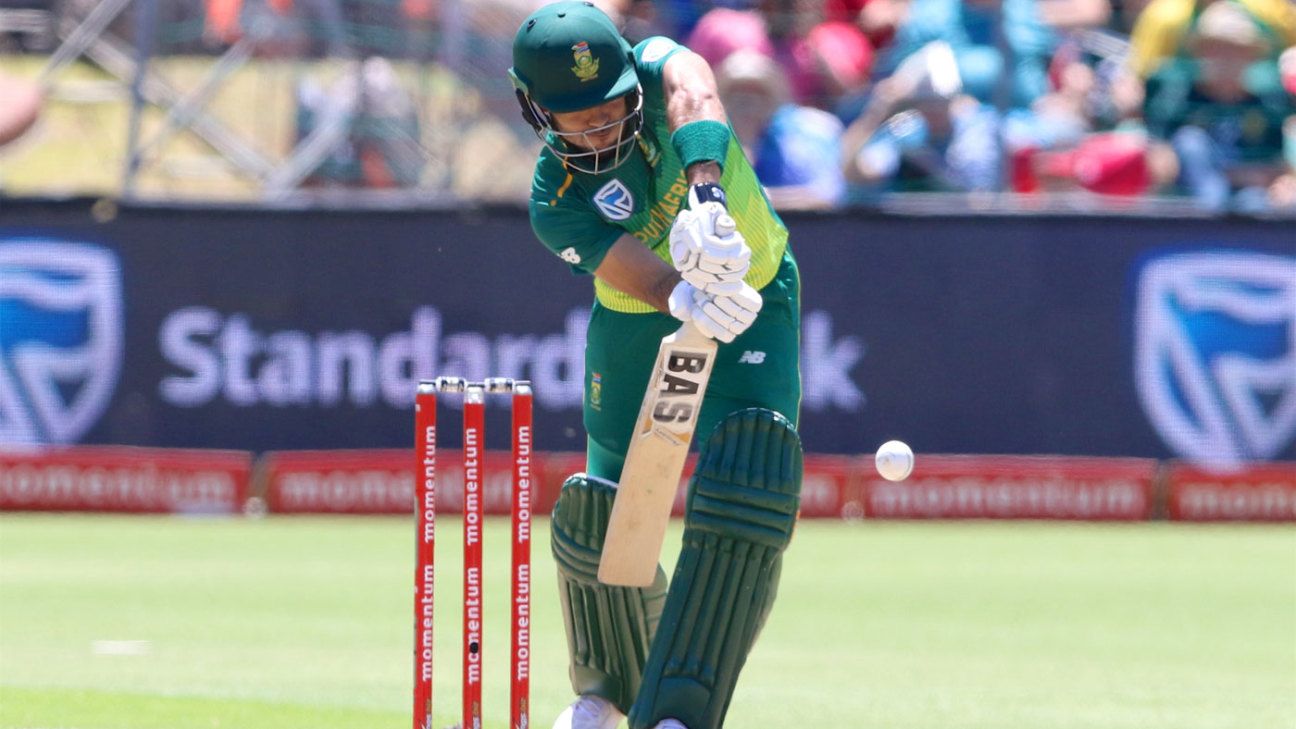 Reeza Hendricks and Theunis de Bruyn have been given national contracts for the 2019-20 season by Cricket South Africa, while the retired AB de Villiers, JP Duminy,Imran Tahir and Chris Morris have been omitted from the list for different reasons.

CSA named 16 men in the list, covering the 2019 50-over World Cup, men’s away tours to India – in October 2019 and March 2020 – the home series against England next year, and the white-ball series at home against Australia. For the women, 14 of whom have been contracted, the major events covered were the T20 World Cup in early 2020 as well as ICC Women’s Championship series against Pakistan at home and away in India and New Zealand.

Hendricks and de Bruyn were not previously awarded full contracts but, as a CSA statement said, they “were upgraded to a full contract after reaching the necessary threshold during the course of the current season”.

“We have contracted 16 men’s players and 14 women’s players which we feel is the appropriate number to maintain our national squads across the various formats,” CSA CEO Thabang Moroe said. “This enables us to contract both our Test players as well as those who are limited overs specialists.”

Of the men left out, in the case of the soon-to-be-40 Tahir, there’s a bit of a question mark over his long-term future in international cricket, with the legspinner likely to call time on his career after the World Cup.

Duminy, 34, has had to deal with a series of injuries in recent times, and last played a competitive game back in October 2018, leading to some uncertainly over his presence in the national team. The left-hand batsman also underwent surgery to address an injury on his right shoulder late last year.

As for 31-year-old allrounder Morris, while he has been playing for Titans in the South African domestic circuit and featured in South Africa’s home T20I series against Pakistan earlier this year, there are doubts about his form as well as fitness.

Among the women, the list included Raisibe Ntozakhe, the 22-year-old offspinner who was suspended for an illegal bowling action prior to last year’s T20 World Cup in the Caribbean.