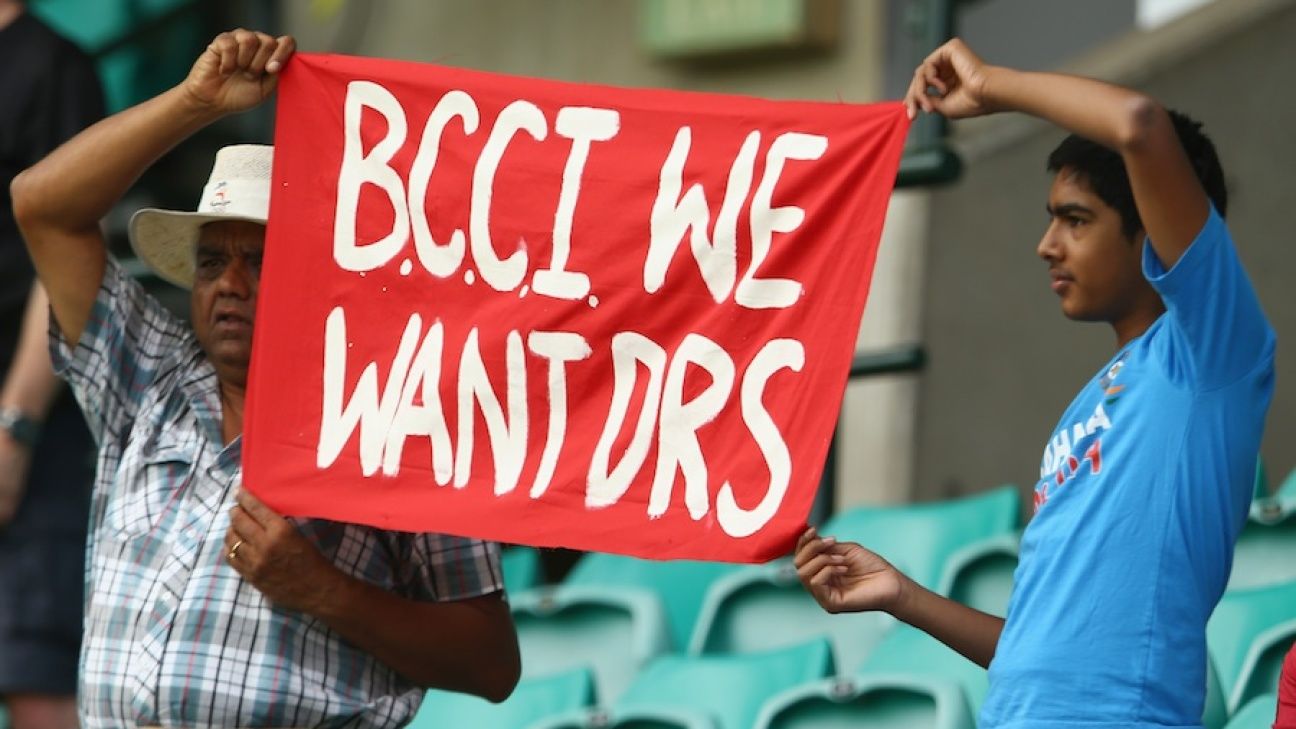 To reduce umpiring errors, the BCCI has decided to utilise what it calls “limited DRS” during the Ranji Trophy knockout matches from this season. This restricted version of DRS will not comprise the Hawk-Eye and the UltraEdge, the two key elements of the DRS used in international cricket.

Saba Karim, BCCI’s general manager of cricket, confirmed the development saying several captains and coaches had complained to the board about the “howlers” committed by the on-field umpires that could be avoided. “Last year, in some of the knockout matches, there was some flak on umpires because there were some terrible howlers,” Karim told ESPNcricinfo. “So we want to avoid all that and use whatever help we can get. For the knockouts in Ranji Trophy matches, we will utilise all the technology available to us as a means to apply the limited DRS to help the on-field umpires make the correct decision.”

The decision to implement this limited version of DRS was approved by the Committee of Administrators, the supervisory authority of the BCCI, in June. The CoA was told that “grievances” were raised over the umpiring standards in domestic cricket at the Captains and Coaches Conclave recently and it was felt that the limited DRS could “reduce the occurrences” of bad decision-making.

One example of such controversial decision-making occurred during the last Ranji Trophy semi-final between Karnataka and Saurashtra in Bengaluru when Cheteshwar Pujara got reprieved twice – once in each innings – and that eventually cost the hosts a spot in the final.

Karim said he would have a “brainstorming session” with the match officials, including umpires and referees, along with the board’s broadcasting team to understand the “extent” to which the available technology can be used.

According to Karim, 18-20 cameras are used during the broadcast of a match – on TV or on the digital platform – and these would be utilised wherever possible to help the match officials adjudicate on debatable on-field umpiring calls.

“We are just trying to use it an experiment just to see how much it can be useful to domestic cricket,” Karim said. “We will use whatever cameras we can use to come to the right decision.”