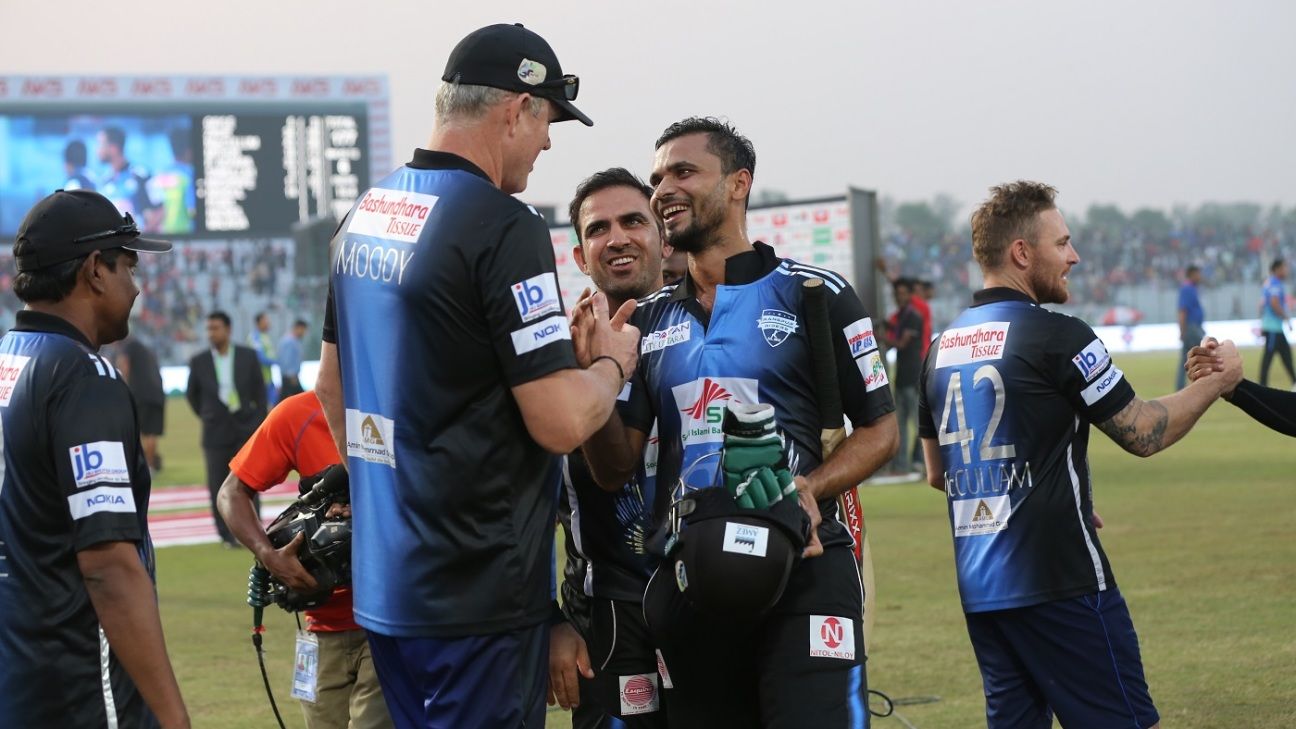 Tom Moody, the Rangpur Riders head coach, has a battery of superstars – a batting line-up that includes Chris Gayle, AB de Villiers and Alex Hales – at his disposal for BPL 2019, but the Australian is focused on team-building, rather than stressing on individuals.

While Hales will be available for the entire tournament, AB de Villiers, whom Moody will be working with for the first time, is available for seven matches in his maiden BPL stint. As a senior cricketer, who has enough subcontinent experience to bank on, Moody hoped to involve him in helping young players develop their game, but insisted the focus won’t be on him alone.

“It is going to be a collective effort that will help win the tournament,” Moody said. “We will be relying on all our domestic and international players to step up when their opportunity comes. An individual can influence and win a game from time to time, but it is more of a team effort that wins championships.

“I haven’t worked with AB de Villiers one-on-one before. I have worked with Hales and Gayle before. It will be great to work with AB. He is going to add a different presence to this side. He is a world-class player in this format. He can be very dangerous, but the focus won’t be on him as an individual. I think it is important that we all step up in our playing XI to play our roles.”

Moody isn’t new to his team starting slowly. In the previous season, Rangpur were in early trouble with three losses in four games, but found their muscle midway through courtesy their domestic players. Once into the knockouts, they saw their trump cards Johnson Charles and Gayle unleash mayhem. The coach doesn’t want to see a similar situation this time, but believes they are prepared for that eventuality.

“We had our challenges last year,” he said. “We had a successful win but it wasn’t smooth sailing. Halfway through the tournament we found ourselves in the bottom half of the table. I think you need to remain calm in those situations and it may well happen again. We have to find a rhythm to our game.”

Rangpur have secured the services of some of their key players from last year, despite not being retained. Ravi Bopara, Sohag Gazi and Nahidul Islam were all re-acquired at the draft, along with local players Shafiul Islam, Farhad Reza, Mehedi Maruf, Nadif Chowdhury and Abul Hasan, all of whom impressed last season.

“We are lucky enough to secure some familiar faces from last year, but I am excited to have a look at our domestic players with whom I haven’t worked before. It is important that they recognise their role in our campaign is as important as anyone else’s in the team.”

Rangpur take on Chittagong Vikings in the BPL’s opening fixture on Saturday.