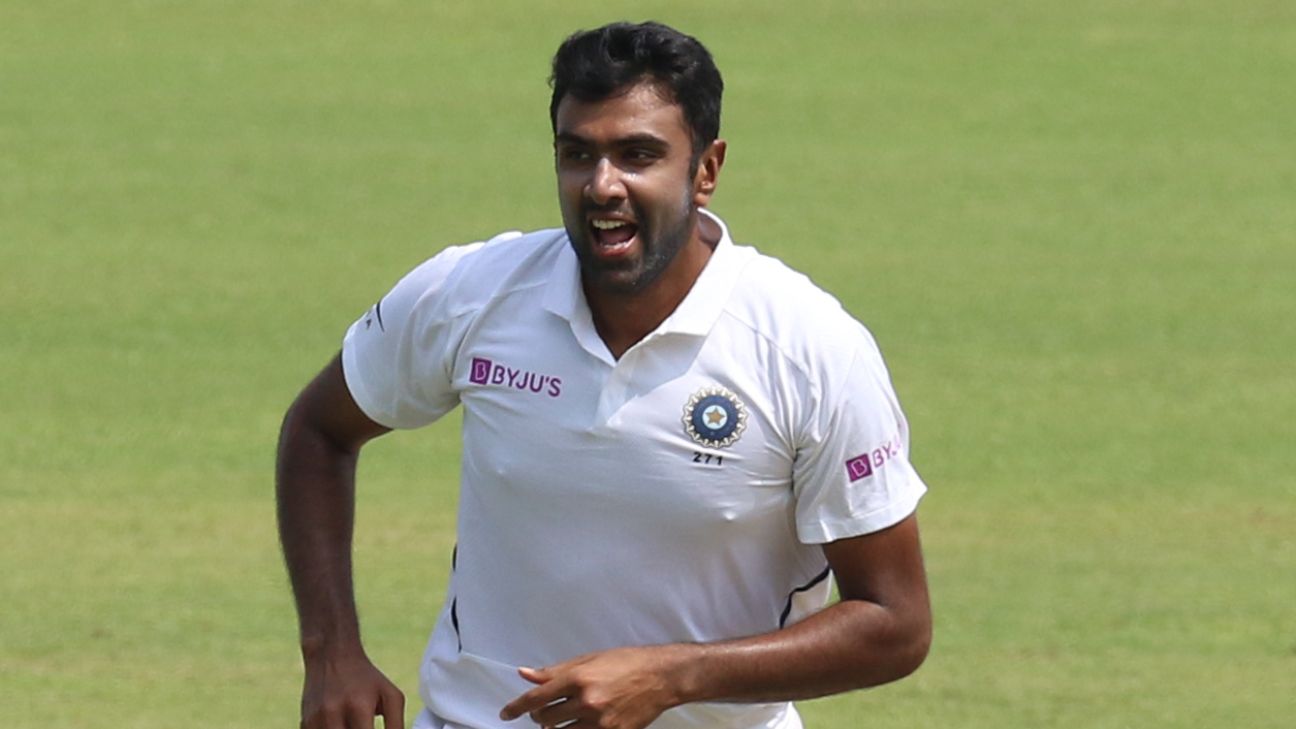 R Ashwin will join Yorkshire for most of this year’s County Championship season. The club said 33-year-old Ashwin would become their “frontline overseas spinner” playing at least eight Championship matches once his IPL commitments with Delhi Capitals end and following a seven-day break immediately afterwards, requested by the BCCI.

He will come in for South Africa spinner Keshav Maharaj, who enjoyed a successful stint with Yorkshire in 2019 – taking 38 wickets in five matches and scoring two half-centuries – and who will re-join the club for the first two fixtures of this year’s season in April, at home at home to Gloucestershire and away to Essex.

India’s fourth-highest wicket-taker, Ashwin is a veteran of 70 Tests which have netted him 362 wickets at an average of 25.36 and he recently claimed his 27th five-wicket haul in Test cricket.

Ashwin’s latest county stint follows five matches with Nottinghamshire in 2019, when he claimed 34 wickets at 24.58 and scored 339 runs at 37.66. During that time he claimed four five-wicket hauls and 12 wickets for the match in a losing cause against Surrey. Ashwin also played four matches with Worcestershire in 2017 when his 20 wickets while averaging 42.50 with the bat contributed to their promotion to Division One. He was due to re-join Worcestershire for the last two matches of the 2018 season as they attempted to avoid relegation but withdrew after aggravating a groin injury during India’s fourth Test against England which ruled him out of the remainder of that series.

In joining Yorkshire, he said he was happy to be “following in the footsteps” of Sachin Tendulkar who, at the age of 19 in 1992, became the county’s first-ever overseas player.

“I’m thrilled to be joining Yorkshire, a club with a wonderful history and a fantastic fan base,” Ashwin said. “I think our team looks extremely talented with some superb pace bowlers and exciting batsmen. Hopefully my role as the spinner will be a key feature in helping the team achieve success.

“Headingley has always been a fantastic venue to play at. People speak about the overhead conditions playing a big part so let’s hope for plenty of sun. I love playing first-class cricket and have enjoyed my two previous spells with Worcestershire and Nottinghamshire. My role will be to score runs and take wickets but it will be a collective effort if we are to win the title.

“I’m a deep thinker about the game and bowling in particular and will be researching my opponents carefully to ensure I have the edge. To follow in the footsteps of Sachin, who played for the county many years ago is a wonderful feeling for me.”

Yorkshire coach Andrew Gale said that after years of budgetary constraints, the county had managed to blood young players and could now fill in the “voids” with signings such as Dawid Malan, lured from Middlesex, Nicholas Pooran for their T20 campaign and Ashwin, who would also act as a mentor and coach to his young spinners during the English domestic 50-over competition.

“Ashwin is available for the rest of the season after the IPL” Gale said. “Short-term signings haven’t worked, we want someone who can come in for a longer period of time who can make an influence.

“With Kesh [Maharaj] doing so well last year, it shows the importance of having a spinner who can attack and defend. He can contribute with the bat as well. Ashwin ticks every box, he did well for Notts in a team that was underachieving with both bat and ball. To get a guy of his experience in and around the group will be great for us.”