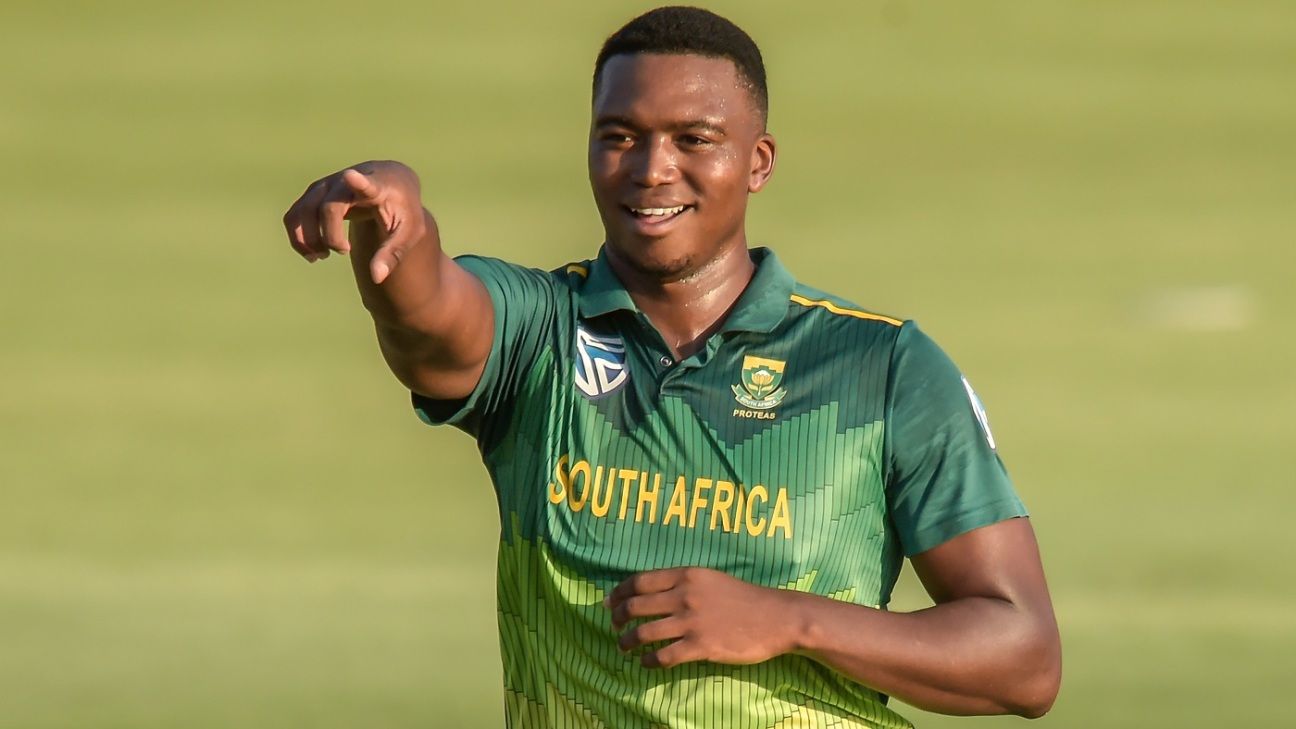 Lungi Ngidi has earned a recall to South Africa’s one-day squad for the upcoming series against England in which Quinton de Kock will step up as captain in the absence of Faf du Plessis.

Ngidi was ruled out of the current Test series against England after suffering a hamstring tear during the Mzansi Super League play-offs in December. His final selection in the 15-man ODI squad is dependent on passing a fitness test at the Centre of Excellence in Pretoria before the squad assembles in Cape Town on January 31 with the first fixture of the three-match series starting on February 4. Three other players – Sisanda Magala, Tabraiz Shamsi and Jon Jon Smuts – will also have to pass fitness tests.

Temba Bavuma, who is expected to be recalled for the fourth Test starting in Johannesburg on Friday, has also been included in the ODI squad after being instructed to return to domestic cricket and force his way back into the national set-up through “weight of runs”, as du Plessis put it at the time. Bavuma responded with a career-best first-class score of 180 for Lions in a four-day Franchise Series match against Dolphins last week.

Du Plessis’ absence from the squad is notable, given the pressure he has been under during the Test series and the social media storm surrounding his comments about Bavuma. Du Plessis said on Monday, after South Africa’s defeat by an innings and 53 runs in Port Elizabeth, that the fourth Test at the Wanderers could be his last on home soil.

“There isn’t a lot of Test cricket left this year,” du Plessis said. “There’s one massive Test where we need everyone to be as strong as possible to try and draw the series. After that, there is quite a big gap and there is an opportunity then to release some of the captaincy when it comes to giving guys opportunities, especially in one-day cricket.”

De Kock made his international debut in December 2012 after an impressive showing at that year’s U19 World Cup in Australia and was called up into the ODI squad just a month later. He boasts 115 ODI caps with 4,907 runs at an average of 45.01, including 14 centuries and 24 fifties. De Kock is South Africa’s highest run-scorer so far after three of the four Tests against England with 265 runs at 44.16 but the manner of some of his dismissals, to rash shot-making, has drawn criticism.

CSA Acting Director of Cricket Graeme Smith believes the new leadership role would “bring out the best” in de Kock.

“We all know the quality of the player that Quinton de Kock has grown to become,” Smith said. “Over the years, we have watched him grow in confidence and become one of the top ODI wicket-keeper batsmen in the world.

“He has a unique outlook and manner in which he goes about his business and is tactically very street smart. We wish him the very best in this new role and look forward to watching him make his mark in this series against the World Cup Champions.”

CSA Independent Selector Linda Zondi said the squad reflected a changing of the guard. “The road towards the 2023 Cricket World Cup starts now and we want players doing well in our domestic structures to see the rewards of the hard work that they have put in.

“The pool that we build going forward is going to be vital in the selection of that 2023 World Cup squad but also without looking too far ahead, we are confident that we have players that will make South Africa proud in this ODI series against a confident England team.”