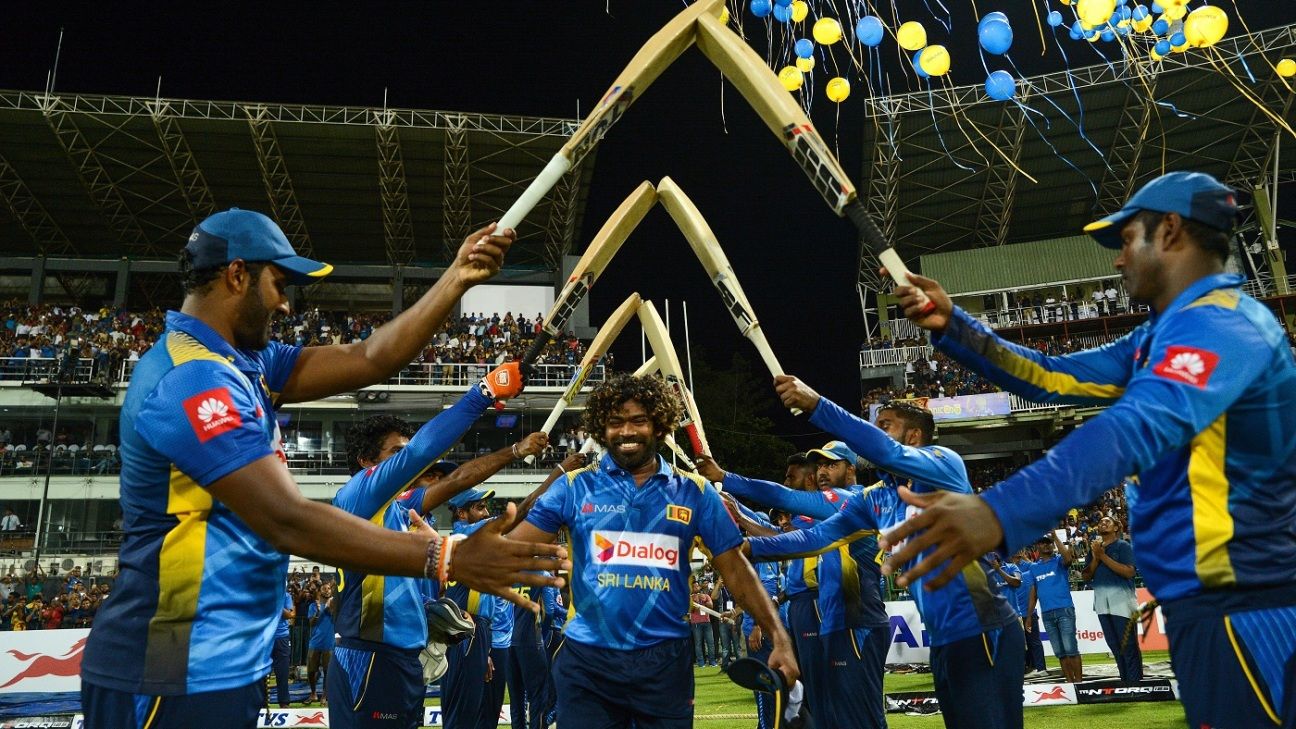 “Maaali, Maaali, Maaali, Maaali”. Colombo was roaring. There were cardboard cut-outs of the man all over the place. And he was right in the middle with a white ball in hand and an endless supply of batsmen to feast on. Lasith Malinga was as good as he ever was playing the final ODI of a 15-year career, and Varun Shetty had a lot of fun describing all of it on ESPNcricinfo’s ball-by-ball commentary

0.5 Malinga to Tamim Iqbal, OUT, welcome to the last chapter! Wow! Malinga has shown up with a classic. Dipping, nasty yorker comes in very very late from a middle stump line. Tamim’s reflexive stride across has him locked, and then it’s too late to take it out. It’s under his bat and it smashes leg stump. Bangladesh’s stand-in captain can barely stand up as this craftsman sneaks it past him

2.1 Malinga to Soumya Sarkar, no run, lbw appeal is reviewed. Another big inswinging yorker. Was that going down? Sarkar was rapped on the boot and then pad. Outside the line of leg stump, seemingly. And then on the bat. Not a great review, that is not hitting the stumps

2.3 Malinga to Soumya Sarkar, no run, bouncer at the throat, does well to keep the bat down and get out of the way

2.5 Malinga to Mohammad Mithun, no run, outside edge as he squares him up. Length ball shaping away from middle. A nervous prod from the batsman, but he’s played with soft enough hands to be safe in the slip cordon

2.6 Malinga to Mohammad Mithun, no run, inside edge onto pad. A low full toss swung away outside off. He looks to defend with a closed face

4.1 Malinga to Soumya Sarkar, 1 run, inside edge as Sarkar has an ungainly swish at this slower full toss. No clue with that as it floated outside off

4.5 Malinga to Mohammad Mithun, 1 run, short of fine leg. Short ball on the chest, hooks aerially to that fielder’s left, but safely enough in the end

4.6 Malinga to Soumya Sarkar, no run, just keeps it out! Inswinging yorker at leg stump. Sarkar’s lack of feet movement means he has room to bring the bat down on this. Just in time.

6.3 Malinga to Mohammad Mithun, no run, beats the outside edge. Swung away from a length outside off, hanging bat

8.1 Malinga to Soumya Sarkar, no run, past the inside edge. Inswinging yorker wide outside off. He looks to open the face and chop this to third man

8.3 Malinga to Soumya Sarkar, OUT, see ya! Persistence will do it! He is not hiding his cards tonight. Three yorkers in a row – but what are you going to do about it? Sarkar tries the only plausible method – the good old full face of the bat to try and defend it. But this goes through and hits leg stump anyway, possibly off the inside edge on the way

8.4 Malinga to Mahmudullah, no run, past the outside edge. Late outswinger from a length in the corridor, a nervous poke from Mahmudullah

8.5 Malinga to Mahmudullah, no run, squared up but just enough bat to survive. Length ball, outswinger from a middle stump line and he pushes with hard hands and no feet

8.6 Malinga to Mahmudullah, no run, jammed into the turf as he gets the bottom of the bat on this outswinging yorker outside off. Mendis leaps to catch it on the bounce