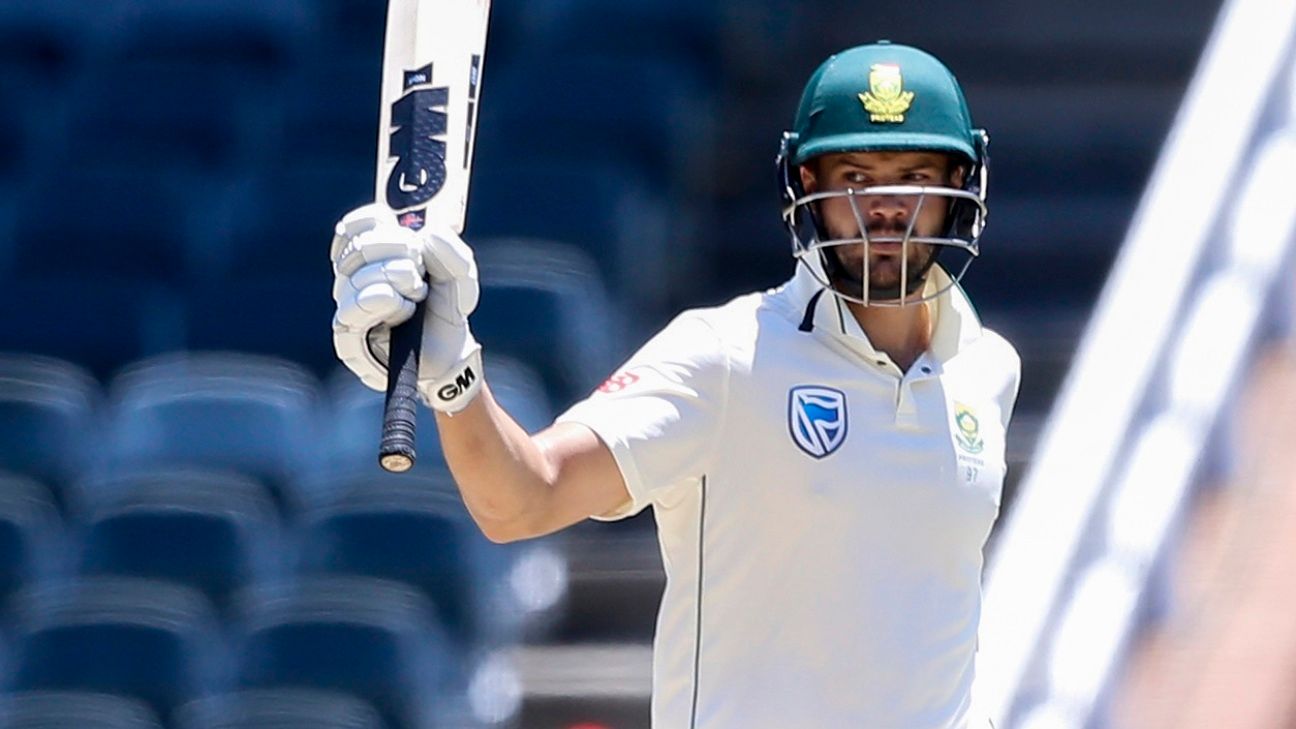 While many have been engaged in debates surrounding the state of South Africa’s pitches, Aiden Markram has defied conditions with back-to-back innings of remarkable fluency.

His 78 in Cape Town showed that a bouncy, seaming track needn’t be a hindrance to stroke-play, while his 90 on the opening day of the Wanderers Test was “probably up there with the best I’ve moved in a session”.

As at Newlands, Markram didn’t have it all his own way early on, watching his captain depart to one that seamed appreciably off the track. But he struck back with 14 boundaries before lunch, putting on 126 with Hashim Amla to steady South Africa’s innings on what appeared to be a benign surface.

“I thought it was quite tricky up front,” said Markram. “In the first five-six-seven overs, their seamers made it really hard for us and the ball was going around a bit. But it was nice to get a good partnership with Hash. It was quite important to get through that first hour, and allow us to set up a chance for us to go big after that.”

What was most remarkable about Markram’s innings was not just the number of boundaries and his rapid scoring, but the shot selection of what to hit and what to block, or leave. He showed respect where due.

“It’s important to still respect good balls and identify good balls that you can’t be getting out to and need to be showing respect towards,” said Markram, who felt South Africa’s 262 was a little under par. “But when a bad one does present itself or a ball in your zone to score, you need to be in the frame of mind to put it away and try and keep scoring. That’s important for me, I feel I move quite well when I’m looking to score. It’s a bit of the intensity as well, and a lot of the natural and instinctive things take over as well.”

He was also “excited” by Zubayr Hamza’s first showing at Test level, the young right-hander cruising to 41 before he was late pulling his bat out of the way of a Mohammad Amir delivery and feathered an edge through to the keeper. Pieter Malan could’ve been South Africa’s second debutant here had Markram not recovered from the bruised thigh he picked up in the field in Cape Town.

“I’m very lucky with Craig Govender being our physio. He’s incredibly good at what he does, and he put a lot of care into trying to get me ready. It was sort of a miraculous recovery if you can call it that, I never looked like playing three days ago, it was just too much pain.”

The one remaining question mark for South Africa is their selection of four seamers, and no specialist spinner, on a track that also gave legspinner Shadab Khan some encouragement.

“I think when you see turn and you’ve left out a spinner and we’ll be bowling in the fourth innings, there will be question marks. But at the end of the day, we’ve selected our four quicks, and they did the job in Cape Town so we have to back them to deliver the goods even if the wicket does get flat and even if the wicket is spinner friendly. Our seamers need to find a way to take wickets. We’ve got with our selection, now we need to back it up.”