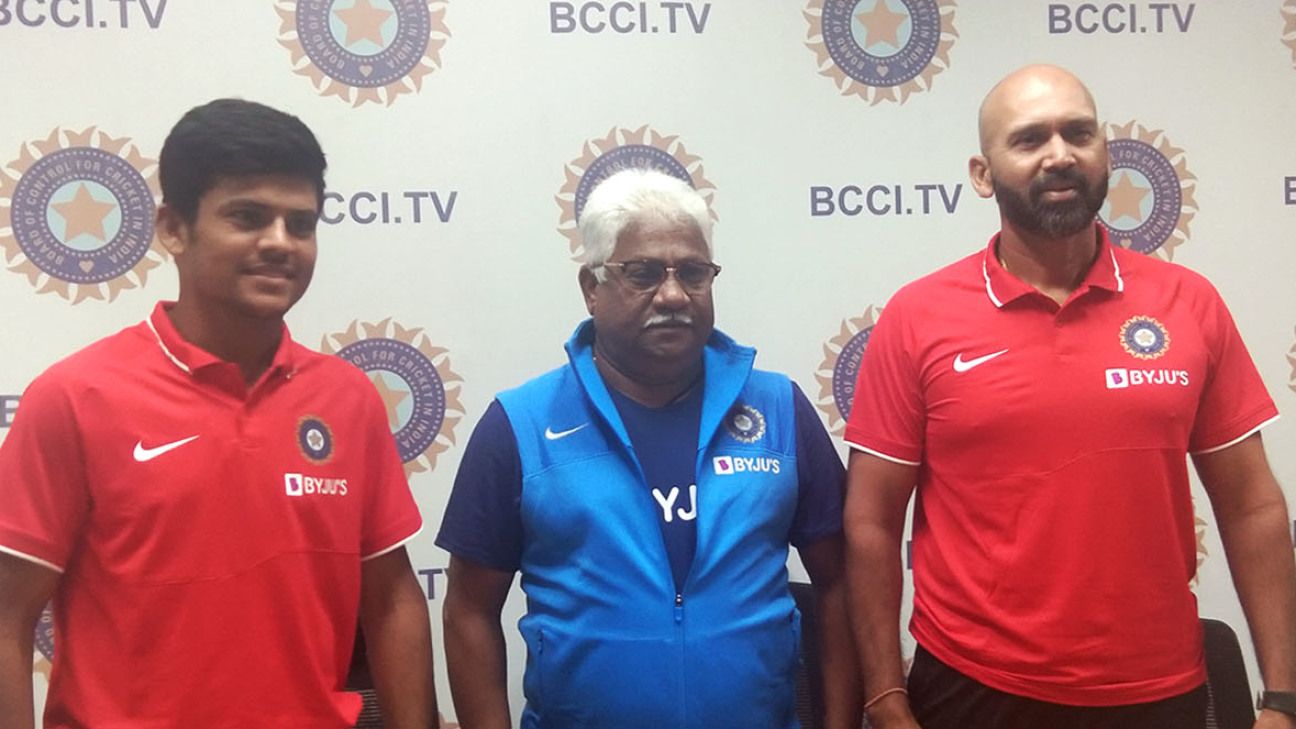 When India take the field in Bloemfontein on January 19, their captain Priyam Garg will be beginning a campaign to win his country’s fifth Under-19 World Cup. The four captains who previously led India to the title were Mohammad Kaif in 2000, Virat Kohli in 2008, Unmukt Chand in 2012 and, most recently, Prithvi Shaw in 2018. So, it’s only natural that Garg has reached out to one of them for tips on winning the Cup.

Speaking in Bengaluru ahead of the India U-19s’ departure for the World Cup in South Africa, Garg – in the company of U-19 head coach Paras Mhambrey – said that Shaw recently spoke to him about what goes into being a successful captain.

“Although I haven’t spoken to Virat sir yet, I have spoken to Prithvi sir a lot,” Garg said. “He told me ‘your planning, your process and your team-bonding is most important’. The more the team will feel a sense of togetherness, the better will they perform. Prithvi sir also told me that the team should know what their strengths are. He said that team-bonding played a big role in India’s success in 2018. And he told me the importance of bringing the best out of the players.”

Garg said that his previous U-19 captaincy stints, and having a stable core of players, will help him deal with what lies ahead. Coach Mhambrey agrees with this.

ALSO READ: The Priyam Garg story – From standing up to Bhuvneshwar to leading India

“There’s no pressure for me,” Garg said. “I am seeing it only as an opportunity to captain a team in such a big tournament. We’ve played so many events, so that’s an advantage for us. As a captain, all I’m thinking about is how to take my team forward… how to navigate the team out of difficult situations.”

For the past week, the squad has been training at the National Cricket Academy in Bengaluru, fine-tuning their game ahead of the trip to South Africa.

They’re going a month in advance to play a three-game series against South Africa, followed by a quadrangular tournament featuring the hosts, New Zealand and Zimbabwe. Add to that the practice games ahead of the World Cup and the preparation back home, and coach Mhambrey believes the team will be at their peak when they start the tournament against Sri Lanka.

ALSO READ: Everything you need to know about India’s U-19 World Cup squad

“We had a good couple of days, some good net sessions at Alur,” Mhambrey said. “One of the requirements at Alur was to prepare helpful wickets. We had three practice sessions, played on seamer-friendly or bowler-friendly conditions. So, we’ve done those to the best of our abilities.

“The good thing is that we’re a very balanced side. [We have] seaming allrounders, spinning allrounders, quality fast bowlers and batsmen as well. So, those games in South Africa give us an opportunity to experiment and try a few combinations. In case we face such conditions, then we know the right steps.

“We’ve been preparing for the conditions we can expect there. But you also have to be flexible. You go in with one kind of mindset, but the conditions may not turn out that way. Teams that are flexible will always do well. We’re looking at doing that too. We’ve spoken about it and we’re lucky to have a balanced XV.”

India are in Group A of the World Cup, alongside New Zealand, Sri Lanka and first-time qualifiers Japan. With four titles, they are the most successful team in the tournament’s history. The 16-team tournament begins on January 17.