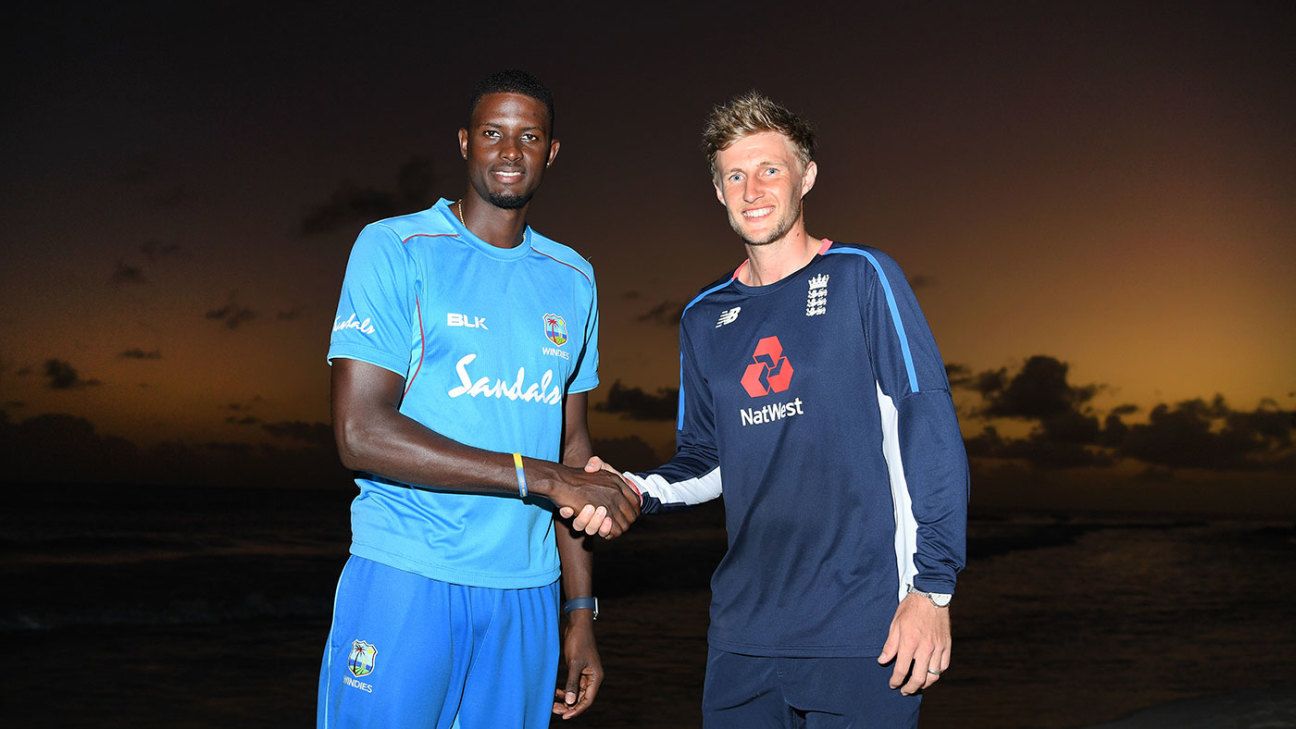 In case you’ve missed any of the memos from the ECB in recent months, 2019 is a moderately significant year for English cricket. The small matter of a home World Cup, closely followed by the Ashes, offers the sport a once-in-a-lifetime opportunity to regain some of the relevance that it squandered in the wake of the 2005 Ashes, and build the sort of head of steam required to make a success of the grand relaunch they’ve got planned for 2020 onwards.
No pressure then, as Joe Root’s men move into the first engagement of this most seismic of calendar years – a three-Test rubber against a West Indies side that (to judge by preconceptions) you might presume they have been beating in their sleep for the best part of 20 years. In fact, West Indies have got a very proud home record against the team that everyone most loves to beat, and plenty of incentive to extend one of the sport’s more unlikely unbeaten runs.

England’s last series victory in the Caribbean came way back in 2004 – when Mark Butcher, Nasser Hussain and Graham Thorpe were still in harness in the middle-order. They’ve returned twice since then but have managed just a solitary win in seven (technically eight) attempts. And even that overdue result, at St George’s in 2015 was undermined a week later, when they slumped to a pretty abject series-squaring loss in Barbados.

And when you consider the shock that West Indies pulled off 18 months ago in England, when Shai Hope and Kraigg Brathwaite inspired an incredible run-chase in the second Test at Headingley, the threat that they can yet pose is self-evident. That much can be seen in their recent Test record, under Stuart Law, the former coach who recently moved to Middlesex, they won six Tests out of 15 – not riches by any stretch of the imagination, but the sort of dangerously erratic record that a work in progress such as England cannot afford to take lightly.

England are, however, in an unusually good place in their Test cricket right now. Their 3-0 series win in Sri Lanka before Christmas was an eye-opening statement of intent – set up by speedy, purposeful batting, and sealed by a three-pronged spin attack that could not have been available to Root had it not been for the wealth of allrounders he was able to shoehorn into his team.

It followed on from a 4-1 series win over India – and how much more impressive does that now look after their demolition of Australia Down Under? – that seemed at times to lean far too heavily on a surfeit of runs from England’s lower-order, but which in hindsight now looks like a very cunning plan.

They are beginning to develop a squad for all occasions – although the sad loss of Olly Stone to a stress fracture in the lower back does mean that they do still lack the sort of out-and-out pace bowler that they’ll need to blood at some stage if they are truly creating an attack for all surfaces. Stone might not have been a factor this early in the series, given that a bowler of Stuart Broad’s pedigree still isn’t sure of regaining a permanent berth, but it’s been a while since England have had quite such an encouraging pressure for places.

West Indies, by contrast, do not lack for speed in their current incarnation. Kemar Roach and Shannon Gabriel have hurried up many sides in the recent past, while Alzarri Joseph (if fit) and Oshane Thomas promise no let-up on the speedometer if either or both are unleashed in the course of this series.

There’s no question that West Indies are up against it in this series, and the off-stage kerfuffle over the appointment of Richard Pybus as head coach will guarantee yet more tedious political recriminations if the early results don’t go their way. But England are in town and full houses are in prospect throughout the three-match series (albeit houses full of English support rather than the conch-blowing locals of old). If such well-set stages don’t tempt some scene-stealing performances from the home side, then nothing will.

In a week in which Eoin Morgan, the one-day captain, confirmed that the Barbados-born Jofra Archer is inching himself into England’s thoughts ahead of the World Cup, another of Archer’s fellow islanders confirmed that he too had once harboured thoughts of seeking England qualification. And, to judge by his impact in that stunning victory at Headingley in 2017, Shai Hope would have been quite an asset to this England squad. A dedicated self-improver as well as a clear natural talent, Hope has not yet matched the heights in Test cricket that he reached in making those twin hundreds 18 months ago. But there’s no time like the present to produce a telling encore.

Moeen Ali endured a particularly miserable Test at this very venue in 2015 – he was milked at five an over in figures of 2 for 110, as West Indies squared the series to extend their proud home record. But he’s coming off the back of a triumphant tour of Sri Lanka this time around – and even though he was aided on that trip by two other tweakers alongside him, Moeen was able to contain through attack in the manner that suits his style best. He’s stated he’s more comfortable with being considered England’s senior spinner these days, as well he might with a haul of 163 wickets in 55 Tests. He could be in for a busy workload.

Alzarri Joseph is on the comeback from a stress fracture in his back, and though he has been passed fit for selection, he may not be risked this time after reporting some stiffness. Oshane Thomas was named in the squad as cover and looks a very capable reserve – he’s almost as tall as the captain, Jason Holder, and is one of the quickest runners in the squad. Two spinners could yet be an option. On the batting front, West Indies are set to welcome back Darren Bravo for his first Test in two years. He was instrumental in squaring the series in Barbados on England’s last visit four years ago.
West Indies (possible): 1 Kraigg Brathwaite, 2 John Campbell, 3 Shai Hope, 4 Darren Bravo, 5 Roston Chase, 6 Shimron Hetmyer, 7 Shane Dowrich (wk), 8 Jason Holder (capt), 9 Kemar Roach, 10 Jomel Warrican, 11 Shannon Gabriel

All the signs in the build-up to the series were that England would revert to a single spinner and recall an extra quick to form a more traditional 4 and 1 attack. That might still happen, but after England’s first sighting of what could prove to be a rather sluggish Barbados deck, thoughts have begun to revert to two slow bowlers. Jack Leach would be the more versatile option, though Adil Rashid was the man in possession at the end of the India series, and his ability to produce important partnership-breaking moments could still earn him first dibs. Jonny Bairstow is inked in at No.3 after a well-crafted 98 in England’s warm-up, with Ben Foakes’ place guaranteed as first-choice wicketkeeper after his storming debut series in Sri Lanka. Stuart Broad may yet lose out to Sam Curran, with England valuing the depth that his batting brings to the tail.

The pitch was quite the picture earlier this week – brown and mottled, and a pretty scary sight for batsmen who like to be able to judge a surface on appearances. But, on closer inspection on Monday, both sides seem to agree it’s not quite the monster that was being talked up. The England camp have described it as “tacky”, and crumbly, too, and a heavy night of rainfall won’t have helped speed it up. The weather, by all accounts, is lovely now, thanks for asking.

“Our consistency is something that has really plagued us in the past. Particularly with our batting. I just think we need to start the series well by putting some runs on the board in the first innings and making an early statement.”
West Indies captain Jason Holder
“It’s a great opportunity for this side to go one further, show that we’re desperate to get to that No.1 status and keep developing as a squad. We know it’s been one win in a long time here. It’s tough for English sides to come here and win, and this West Indies team are very good in their own conditions.”
England captain Joe Root