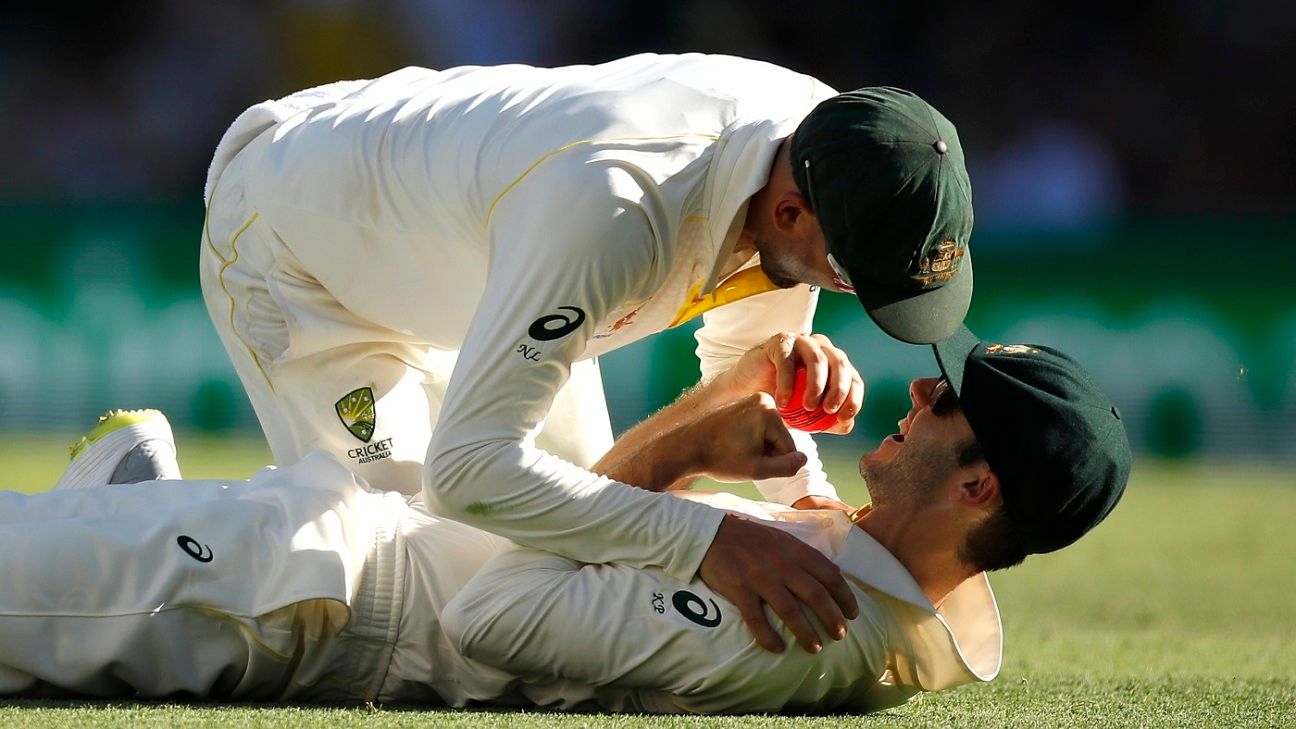 Starring performances from young members of Australia’s Test team left Tim Paine hopeful that there are better times ahead, after they overpowered Sri Lanka by an innings and 40 runs at the Gabba, although another under-par display from Mitchell Starc and a continued lack of hundreds meant not everything went to plan.

Pat Cummins, a senior figure in the team although still only 25 years old, claimed the headline figures with a match haul of 10 for 62 but it was the roles played by debutant Jhye Richardson and inexperienced batting pair of Marnus Labuschagne and Travis Head, in their match-defining stand of 166, that left Paine especially satisfied following the series loss to India.

Such has been the uncertainty around the Australia team in recent weeks it feels a lot longer than three Tests ago that they registered a Test victory – winning in Perth to level the India series at 1-1. However, the performances in Melbourne and Sydney were so insipid that it left the side seemingly in a worse position than when the season started.

This victory in Brisbane, against an overawed Sri Lanka side, does not fix many of the bigger issues but it was a contest they could ill-afford to mess up. There was confusion and mixed messages over selection in the build-up, however, on a surface tailor-made for their pace attack it was also going to take a horrendous performance not to come out on top.

“I thought the way Marnus played, under some real pressure after a couple of early wickets, him and Travis, for two young guys put us in a really strong position, and Jhye in his first Test match was outstanding,” Paine said. “Any Test win you can have in three days is good. It’s hard to do. We are nowhere near the finished product. We are a long way off where we want to be. I was really proud of the way we went about it. If we execute with the ball the way we did I think we will have success against a lot of teams on a lot of different surfaces. Thought we can be really proud of the effort, it’s a new group coming together.”

Cummins continued his strong season with a fine display of hostile, accurate pace bowling. He had three wickets in the second innings before conceding a run and at times was too quick for the Sri Lanka batsmen to lay a bat on.

“If Pat Cummins bowls against anyone the way he bowled this game, he would take wickets,” Paine said. “He was just relentless with his line and length. He gave them nothing until the end when he got tired. It looked like the ball was coming out of his hand a little better than it was in the India series when at times his seam was not perfect. I thought in this Test there were times when it was perfect.”

The same certainly could not be said of Starc. He bowled quick, touching 150kph during the second innings when Niroshan Dickwella got under his skin, but his radar was an array for much of the match even though he managed to collect his 200th Test wicket. His point of difference – left-arm and fast – works in his favour, but in a three-man pace attack, it will ask a lot of others on less responsive surfaces, as might be the case in Canberra, if one of them is not firing.

“We have known for a long time what we are going to get from Starcy. Sometimes he can be a bit erratic. But when he is on, he is literally the best in the world,” Paine said. “What we have got with [Cummins and Richardson] and Nathan Lyon is the ability to build up pressure over a long period of time and be able to release Starcy in really short spells. I think his best is not too far away and while those two are bowling like that it allows us to use him slightly differently which is good.

“He is working really hard. He is doing a lot of extra things that he was doing in the past. So clearly he knows he is not at his best. He is working hard to get that. Starcy has been really good for a long period of time but anyone at any level of cricket goes through times when it does not go your way … he is one wicket and one spell away from being devastating.”

However, Paine admitted this match had been the chance to finally end Australia’s run without a Test hundred which now goes back 104 individual innings to Usman Khawaja’s 141 in Dubai. Labuschagne flicked lazily to short mid-on and Head was trapped lbw after both had moved into the 80s.

“We think as a batting group we missed an opportunity again to go really big, get 450-500, having said that maybe the pink ball and night conditions make it hard,” he said. “You don’t get many big hundreds with the pink ball, but at the same time, we’d have liked to have got a really big score. Those guys are aware of that, they are disappointed, they wanted to score Test hundreds and missed the opportunity.”