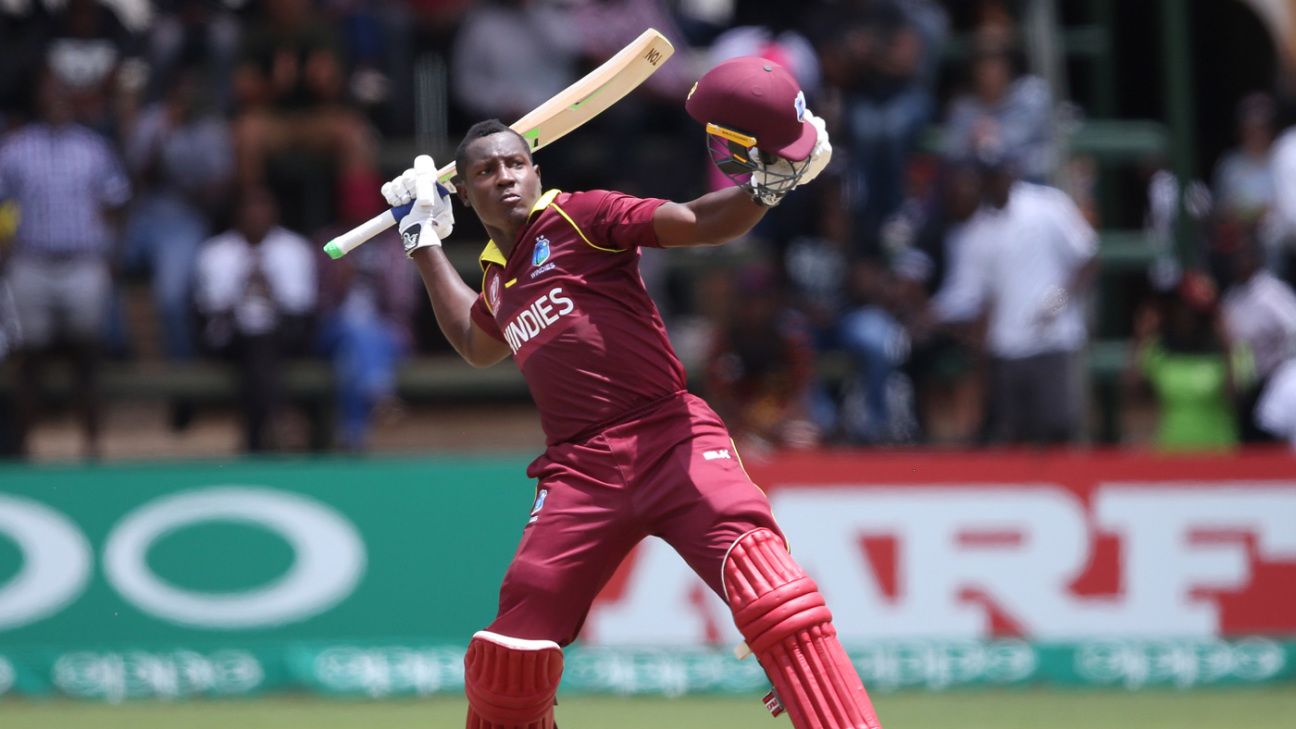 Rovman Powell hit a blistering 38-ball century – the fifth fastest in men’s List A cricket – against Leeward Islands, but his ton was not enough for Jamaica to avert a 13-run loss in a chase of 256 at the Super50 Cup in Basseterre, as they folded for 242 in 28.3 overs.

Rovman, the Jamaica captain, steered the better part of Jamaica’s chase from No. 5, stitching together three 40-plus partnerships, including a sixth-wicket half-century stand with Derval Green, to take his side past 150. However, once his 40-ball 106, featuring 13 fours and seven sixes, came to an end in the last ball of the 15th over, courtesy Quinton Boatswain, who had him caught behind, the rearguard proved inadequate.

Aside from Rovman, who was adjudged the Player of the Match, none of the Jamaica batsmen could make a fifty. That the next best score from their line-up was a mere 26-ball 30, struck by No. 8 Jamie Merchant, was in part down to Boatswain’s 4 for 85. Boatswain was complemented well by Sheeno Berridge and Jason Campbell, who took two wickets apiece.

The other century in the match came from the Powell in the opposition camp, Kieran, and stood in sharp contrast to Rovman’s. Built on 13 fours and no sixes, the Leeward Islands opener’s 125-ball 105, however, anchored his side’s 255 for 8 after they were sent in.

Kieran’s big 154-run second-wicket stand with half-centurion Amir Jangoo in 29 overs set them the perfect platform to eye a total close to 300. However, medium-pacer Green’s double-strike in the 35th over accounted for Kieran and then sent back No. 4 Devon Thomas for a duck.

Kieran’s dismissal also triggered a collapse that saw them lose four wickets for eight runs, and then five for 23, with Jamaica reduced to 214 for 6 in the 43rd over. During that slump, Jangoo holed out to Oshane Thomas for an enterprising 85-ball 69. Thomas later capped off his day with the ball with 3 for 59, as Leeward finished on 255 for 8.