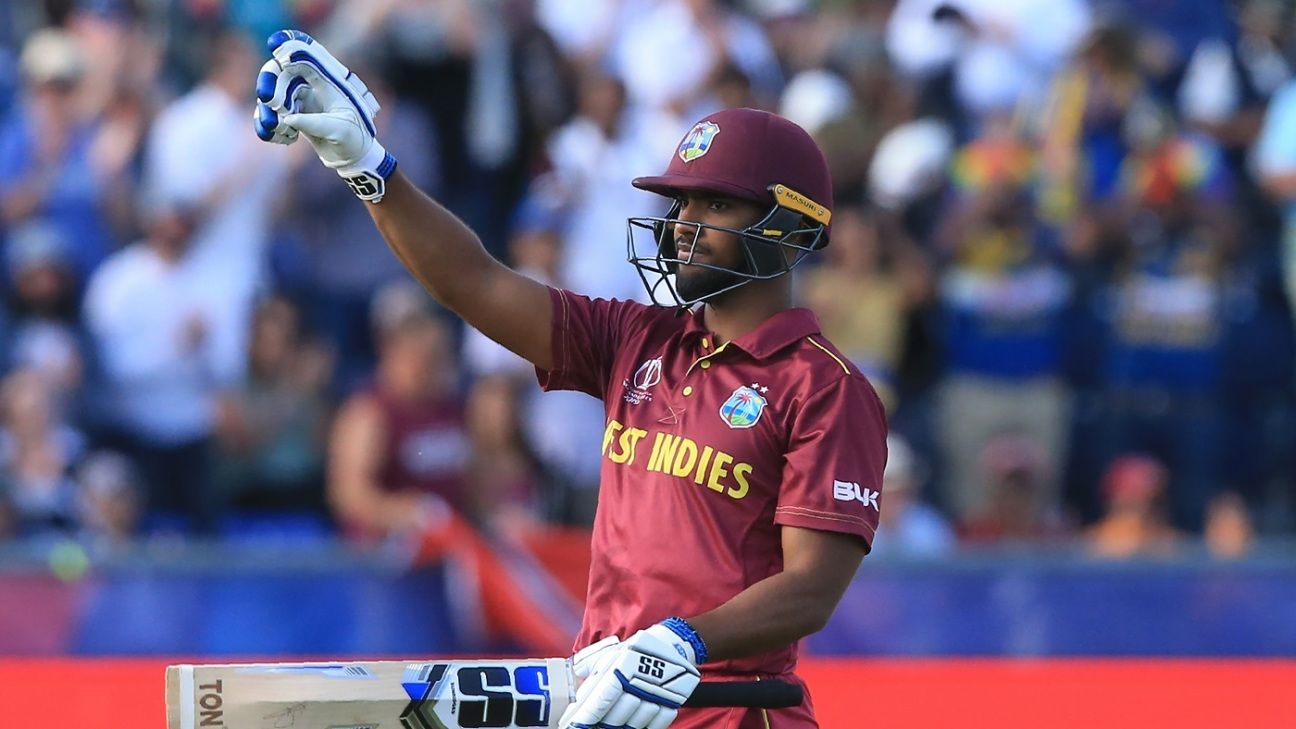 Nicholas Pooran, Fabian Allen and Oshane Thomas have been handed Cricket West Indies central contracts for the first time and Darren Bravo returns with an all-format deal while the number of women on contracts has increased from 12 to 15.

The CWI deals for the men come in three categories of all-format, red-ball and white-ball contracts.

Pooran, Allen and Thomas were all part of the World Cup squad with Pooran, especially, impressing in the closing stages of the tournament with 118 against Sri Lanka and 58 against Afghanistan. Opening batsman John Campbell, who made his Test debut against England earlier this year, has also been handed his first contract in the red-ball category.

Left-arm spinner Jomel Warrican has been given a red-ball deal while Sheldon Cottrell gets a white-ball offer.

In the women’s contracts, Reniece Boyce, Anisa Mohammed, Akeira Peters have not been offered new deals along with the retired Merissa Aguilleira.

“We believe the 2019-20 contract list provides us with a multi-talented group of players who can represent West Indies men and women across all formats over the contract period,” interim chairman of the CWI Selection Panel, Robert Haynes, said. “We believe the mix of players selected are important for the development of our teams going forward and we have looked to award contracts to players who have shown commitment and performance during the past year.”

CWI allows for up to 22 men’s contracts to be offered each year so there is scope to add three more names. Currently, only verbal offers for the deals have been made to the players while negotiations continue on the new four-year Memorandum of Understanding with the West Indies Players Association. Jimmy Adams, the CWI director of cricket, said the contracts are subject to the players reaching minimum fitness standards.

“To assist in our drive towards a new fitness and conditioning culture, the CWI board of directors has approved our recommendation that the award of all new West Indies men’s contracts this year will be conditional on each player achieving a minimum standard of fitness,” he said. “This new policy will also be introduced to all men’s regional franchise contracts and West Indies Women’s contracts next year for the 2020-21 season.”