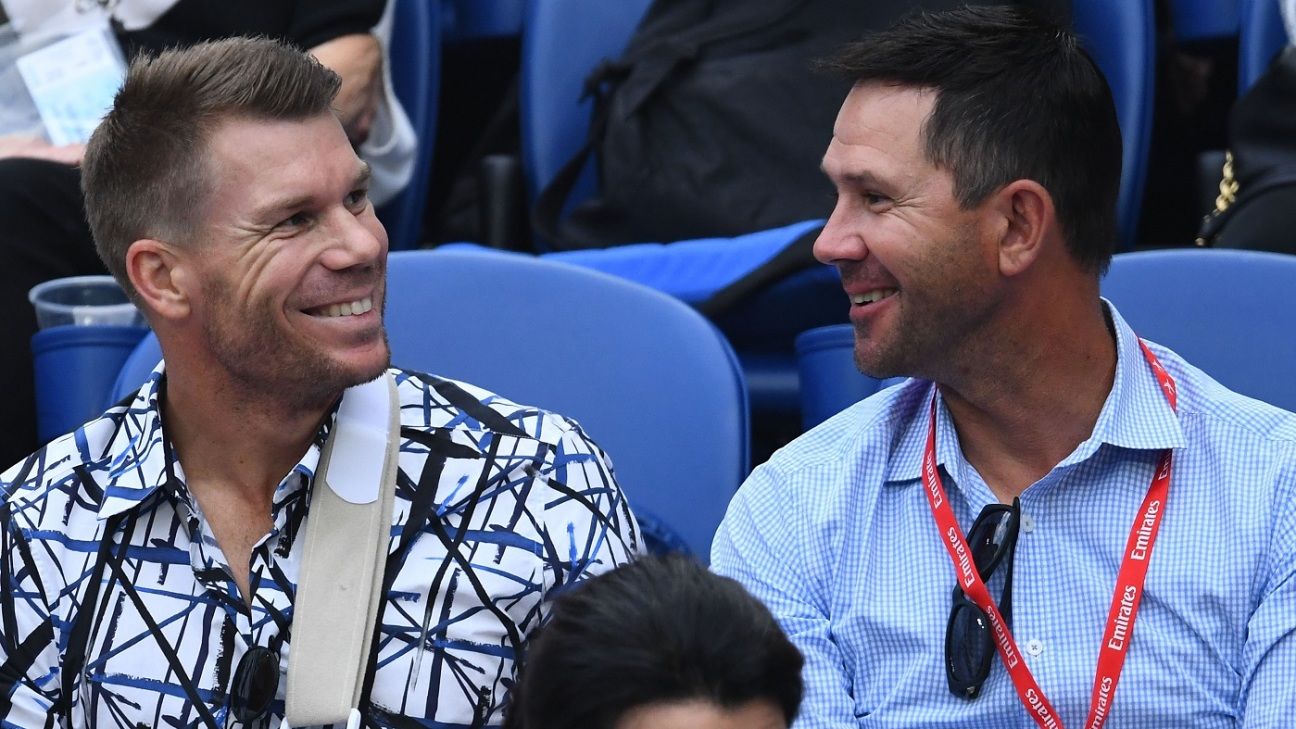 For all the enormous experience, cricketing insight and eagerness for hard work that Ricky Ponting will bring to Australia’s 2019 World Cup campaign as assistant to head coach Justin Langer, his biggest contribution will more than likely be the quality he showed in abundance while speaking about the role at the MCG on Sunday: confidence.

Ponting’s is the confidence derived from a playing career spanning an era in which Australia was at the top of world cricket, or very close to it, for nearly the entire time. The confidence of three World Cups won in 1999, 2003 and 2007, and the confidence of more international runs than any other Australian.

It’s a confidence unshaken by numerous pointers to Australia’s declining ODI fortunes in particular. They have only two wins from 11 50-over matches since Langer took over as coach last year; got a 0-5 hiding by England in the last series Ponting was involved in, in June of 2018 during the northern summer. And there are the uncertain fitness and selection prospects ahead of the banned Steven Smith and David Warner to contend with, too, to compound the injury concerns around the fast bowlers Mitchell Starc and Josh Hazlewood.

“I actually do [think Australia can win the World Cup], England and India are probably the two standout teams right now, but if you add Warner and Smith back into that line-up, then that team looks as strong as any,” Ponting said. “I’m not just saying that because I’m one of the coaches, I’ve actually said it when I wasn’t around the group. I absolutely feel we can, the conditions in England will suit our style of play as well. I’m sure when the odds come out, I think Australia will be one of the main contenders for sure.

“I actually think Australian cricket’s quite strong. Once we get Warner, Smith and Bancroft and those guys back into the fray, even looking ahead to the World Cup, I don’t think there’ll be too many better teams on paper going into the World Cup, and I’ve said that for a long time.

“What having those experience guys out has done is give new guys an opportunity, so you’ve got a lot of experience as well as a fair bit of youth going into that tournament, which any team I’ve been a part of in World Cups, or any other big series we’ve played, we’ve always had a really good mix of youth, and experience and the current group will certainly have that.”

In looking at where the Australian 50-over side has dropped away in recent years, after the team captained by Michael Clarke and coached by Darren Lehmann won the tournament on home soil in 2015, Ponting pointed squarely at how the team have played spin bowling. He had a ringside seat to their struggles against Adil Rashid and Moeen Ali in England last year, though intriguingly figured that spin will not figure too much in the Cup, despite the matches being played at more or less the same time (May and June) on the same grounds as that series.

“I think the thing that’s held us back really in the past few years in one-day cricket is how we’ve played spin bowling,” Ponting said. “That’s been an issue and it was certainly an issue when I was with the team in the UK last year. Moeen Ali and [Adil] Rashid tied our batsmen up. Looking at our line-up now there are potentially a few better players of spin in the middle order than what we had this time last year. That’s one area.

“If you think about English wickets as well, the wickets probably shouldn’t spin too much throughout the World Cup, and with the inclusion of two of the best one-day players in the world and a lot of experience, all of a sudden the team starts looking a lot better, and you’ll have guys who handle pressure situations a lot better just because they’ve been there and done that before.”

As for the reintegration of Smith and Warner, aside from the returns of Hazlewood and Starc from injury, Ponting placed a high premium on the ability of experienced players to prepare themselves. To that end, he recalled how the likes of Michael Bevan (injured) and Lehmann (banned for racial vilification) had been late starters to a 2003 campaign that also saw Shane Warne sensationally suspended for using a banned diuretic and Jason Gillespie also going home early through injury.

“I think generally if they are experienced players that know how to get themselves ready and prepared then that’s all you can worry about,” Ponting said. “We’re not going to be able to put too much focus into those guys. We’ve got to worry about the whole group and hope that Smith and Warner and those guys Starc and Hazlewood, hopefully they all do come up. They’ll get [the] best opportunity to come up and be ready for a World Cup.

“Yeah we went to World Cups with Michael Bevan injured, Darren Lehmann suspended, Warney went home, Jason Gillespie went home. World Cups very rarely run exactly to plan. All the planning right now is we’ll have all those guys in the squad. Hopefully we do and if we do then as I keep saying it looks as good as any squad on paper I think.”

Above all else, Ponting’s calm, confident words will soothe many minds that have grown frazzled over the first 10 months of Langer’s tenure. “Hopefully I can have a good impact on the group and the way the boys play their cricket,” he said. “I was lucky enough to play in a lot of World Cups, three winning ones, so I think I’ve got a pretty good grasp of what it takes for tournaments like that, and know this group pretty well.

“Especially what they do in the T20 format of that game and their short-form cricket, because I’ve been watching up close and personal with the Big Bash for the last few years. Hopefully I can have an impact right from the start, all the feedback from the boys so far has been pretty positive, I’ve had lots of text messages and things the last couple days, so looking forward to joining.”