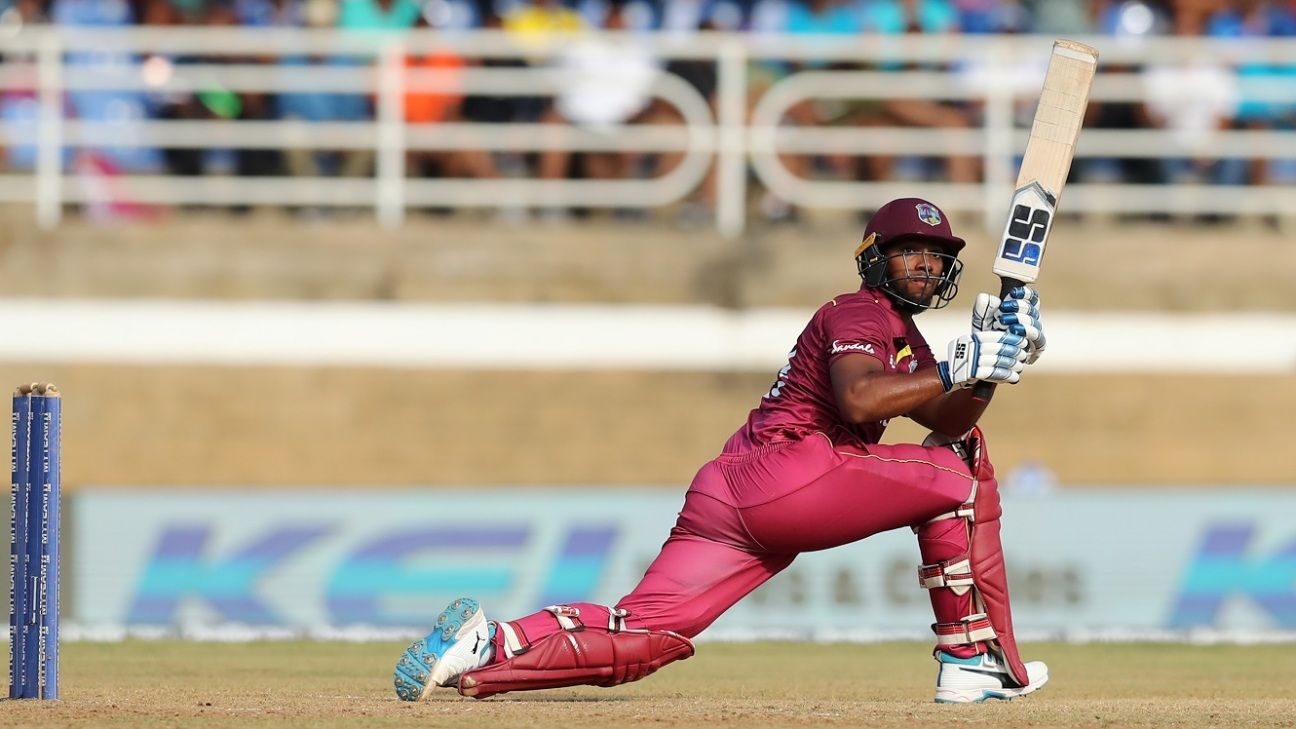 Pollard, in his first ODI series as captain, praised two players who have both played fewer than 25 games in the format: Nicholas Pooran, for showing the “maturity” lower down the order, and Roston Chase, for his “cleverness” as a bowler.

“Very happy to win an away series since I think 2011, a series in itself since 2014,” Pollard pointed out after winning the second ODI, by 47 runs. “It’s a great achievement for us. At the end of the day, we ask the guys to do certain things and they’ve responded pretty well and the results show the way that we prepare for the matches.”

West Indies won the opening game after bowling out Afghanistan for 194, and then chasing it down with solid half-centuries from Shai Hope (77*) and Chase (94) for a seven-wicket win. In the second ODI, they defended 247 on the back of three-fors from Sheldon Cottrell, Chase and Hayden Walsh Jr.

Pollard was, however, also appreciative of the fact that West Indies had beaten a team ranked lower than them.

“So far, what has gone well is guys are sticking to the plans, sticking to what we actually want to do, and it’s actually coming off,” Pollard said. “The longer we do that and more consistently we do that, we’re going to put up consistent performances. Yes, it’s against Afghanistan but Afghanistan has beaten us recently.

“A lot of people say, ‘it’s just Afghanistan’, but we take pride in what we want to do and the guys have shown by effort even off the field and then coming onto the field and trying to deliver the goods.”

Chase has taken five wickets for 61 runs in his 20 overs in the series so far, with an impressive economy rate of three per over. He was also the first-change bowler in the second game and removed opener Hazratullah Zazai, Asghar Afghan and Ikram Alikhil to put Afghanistan in trouble at 109 for 5.

“Roston, two games consistently he has played his role to perfection,” Pollard said. “Yes, he didn’t get many with the bat today, but again he showed with the ball the experience that he has, the cleverness, changing of pace, setting the fields in different aspects, trying to get the results.

“The bowlers have been doing a very good job, limiting Afghanistan to 194 in the first ODI and then coming tonight, again just over 200, I think it was a fantastic effort by them, led by Sheldon and Jason [Holder], opening the bowling, getting the early wickets, those are the things we asked for.”

West Indies got good starts with the bat in both games, but it was Pooran’s 50-ball 67 in the second ODI that helped them put on a competitive score when as no other batsman could score as quickly on a pitch that was not as easy to bat on.

“If you look how we set up, our first four batsmen are guys who we want to just bat and bat long, and then from No. 5 Pooran, coming down, again changing that tempo and trying to clear the boundaries as well, as per the roles the guys have been given,” Pollard said. “He came in, he got his eye in, it was not a wicket where the ball was coming on to the bat, and he stayed there till the end. We needed one guy staying till the end or getting that one fifty for us, and he did it.

“He hasn’t played many games and he’s showing that level of maturity as an individual, but again we’re not surprised by the results because of the work he’s been putting on and off the field.”