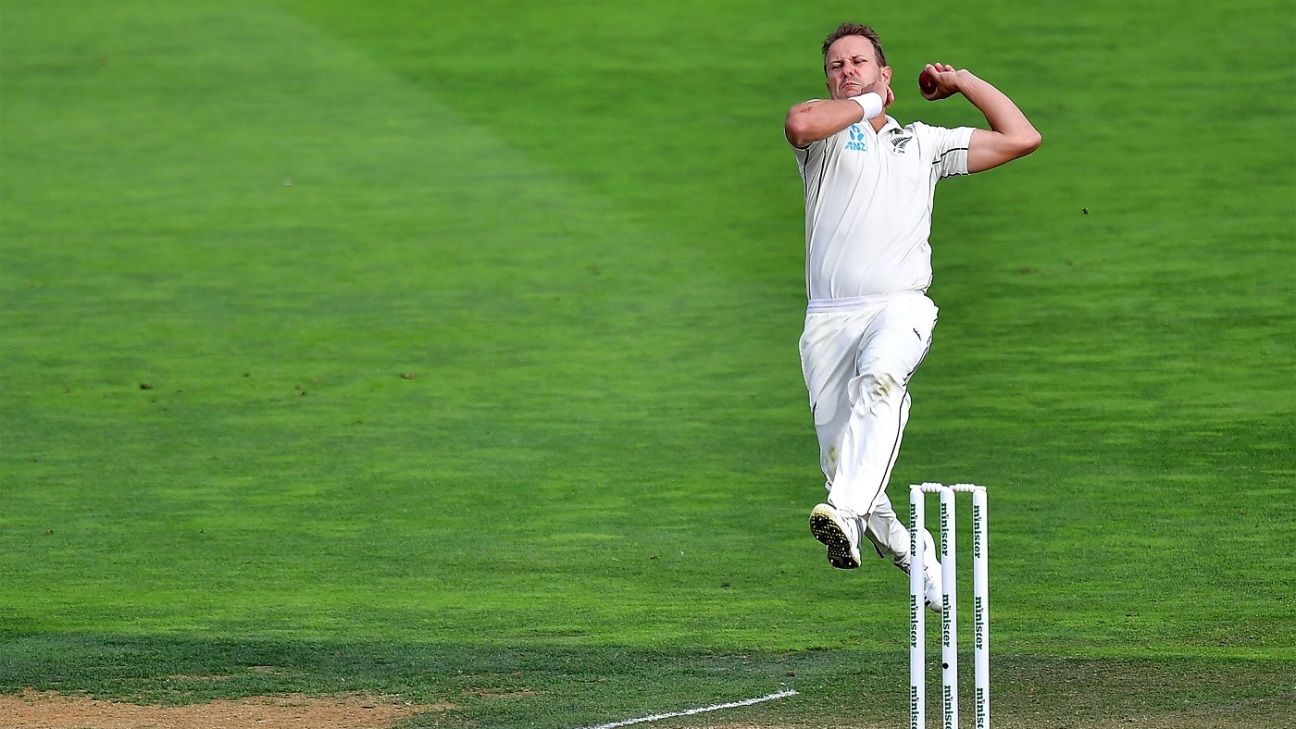 All three matches of the final round of the Plunket Shield ended in a draw but that didn’t mean you should’ve taken your eyes off them. Because it’s when you do silly things like that that you run the risk of becoming a meme. Like the guy here at first slip who thought he was out of the firing line after Auckland’s Lockie Ferguson had clean bowled Wellington’s Fraser Colson.

Lockie Ferguson gets the ACES started with a beauty.
150 First Class wickets for the speedster.

Ferguson hadn’t played any first-class cricket since March 2019, but he did have a spectacular World Cup, turning himself into a first-choice pick for New Zealand in white-ball cricket, and on the back of his 4 for 23 in only 9.3 overs, which made league leaders Wellington crumble to 93 all out, he seems to be in line to make the Test squad as well when the two-match series against England starts on November 21.

The entire day four of that game was washed out despite every effort to tempt the sun out from the rain clouds. If mother nature listen to Twitter, does she really even exist?

We would to you in Wellington today.
Any assistance would be greatly appreciated.

As a result Wellington went into the Plunket Shield break as the No .1 team again with their 21-year old fast bowler Ben Sears making quite a name for himself. In only his third-first class game, he picked up 6 for 43 in 13 overs. Two of those wickets were Black Cap batsmen – opener Jeet Raval who will have to go into the Tests against England with scores of 7, 3 and 14 in his last three innings and Mark Chapman

Hi I’m Ben Sears and I like to bowl fast! While we wait on an inspection at the @BasinReserve there is plenty of time to check out a sharp spell from young @wgtnfirebirds quick Ben Sears this morning v @aucklandcricket. VIDEO scorecard | https://t.co/9120PQW6OT #PlunketShield pic.twitter.com/92dFoe3zA4

Northern Districts were bowled out for 243 in their first innings in Dunedin and they should have been behind the game but try telling Neil Wagner that. With Trent Boult and Tim Southee out on international duty, the left-arm quick took the new ball and sliced through the Otago line-up, claiming four of the top five batsmen.

But a stunning lower-order fightback, which included Nathan Smith (114) and Michael Rippon (98) putting on Otago’s best ever seventh-wicket partnership, going past the 182 set by the great Bert Sutcliffe and Alan Gilbertson in 1952-53, stemmed the fall of wickets and secured a first-innings lead.

It also put overs into Wagner’s legs. He got through 40.2 of them to finish with his second six-for in as many innings. England, you’re next.

STUMPS – 29/2 | Two wickets to Neil Wagner, including this dismissal of Hamish Rutherford, have made some early inroads into the @OtagoVolts batting line-up.

A day that belongs to Henry Cooper

Central Districts, who are looking to become the first team in 80 years to win a hat-trick of Plunket Shield titles, leapt up to second place, from second-to-last, with a draw against Canterbury. The season resumes on November 22 with five rounds still left to play.

You make your highest first-class score – 149 – but your team gets all out for 243. You’ve scored 60% of the total, but you were also given four lives. And for all that effort rain still has the final say. So was that a good day or a bad day at the office? Meh, let’s just call it a weird one and watch Henry Cooper go to his third first-class hundred with a superb six and remember the next highest score of the innings was 20.

A Henry Cooper was the headline act at University of @otago Oval on day one between the @OtagoVolts and @ndcricket. Catch up on the opening day action with our VIDEO scorecard | https://t.co/xEdvuxsaCX #PlunketShield pic.twitter.com/uSE6Vbw6EX