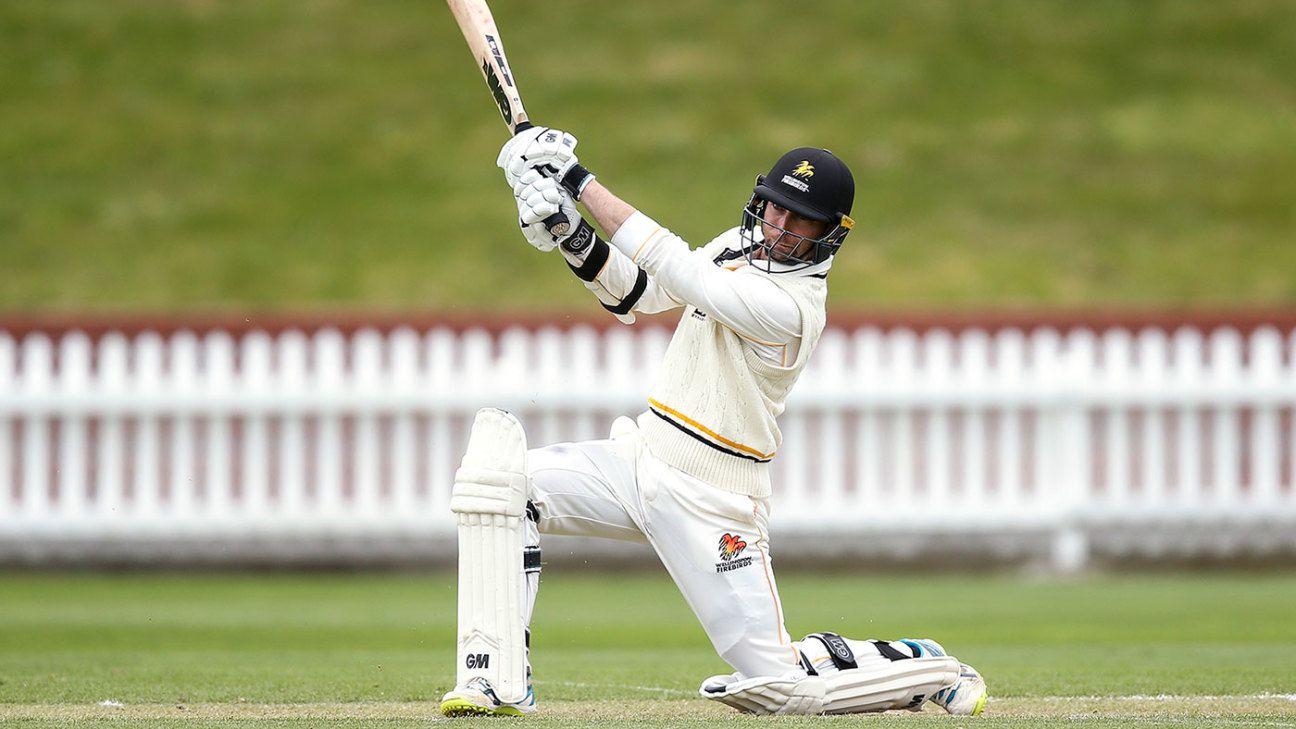 Two nail-biting final-day finishes might just have made up for one washout in the second round of the Plunket Shield. HEYMDIS (Here’s everything you missed doing important stuff):

There was a touch of the pristine about the 334th ball that Devon Conway faced at Basin Reserve. There was a short step forward, his trigger movement, and then a simple little punch with a very straight bat. The ball sped away down the ground and so did he. By the time he stopped, the crowd was on its feet and he was saluting them, hands and helmet aloft, a triple-centurion. “It was very special, a goosebump moment for me,” he told stuff.co.nz.

UP FOR DEVON CONWAY!

He becomes just the second player to reach a triple-century for Wellington.

Later, he would move past the legendary Bert Sutcliffe to claim the record for most runs scored in a first-class game in New Zealand.

So, naturally, there was a bit of buzz around the guy. “He’s got a huge future, I think,” Ross Taylor told the media on Wednesday. “The leading domestic player last year. I hadn’t seen him bat until we had a few warm-up games a couple of weeks ago. He looks like a very compact and exciting player. Anyone to get a triple century, regardless of where it is, especially on a green-seamer at the Basin, it all bodes well.”

So can the Black Caps rest easy knowing they have a ready-made replacement for Rosco in the wings? The question had to be asked and Taylor stuck his tongue in his cheek to answer, “Hopefully he’s got a few years to wait then.”

Romance is in the air for Tom Latham.

In September, there was this.

And in October, there was this.

His 18th first-class century came at the ground where he struck an unbeaten 264 against Sri Lanka and followed it up with a 177 against Bangladesh. That’s 665 runs from his last three knocks at the Basin. He’s certain to face the England Test team with a spring in his step now. And to think this game began with a top-order collapse – Wellington were 29 for 3 before the Con artist took control.

Legspinner Todd Astle became the first bowler from Canterbury to pick up 300 first-class wickets, and on the opposite side, left-arm spinner Malcolm Nofal (4 for 100) was absolutely vital to Wellington’s victory even as it seemed the game might go the other way.

Left-arm for the win (almost)

Northern Districts had fallen way behind in their first innings – 169 runs was a massive deficit – but they did have just the right bowlers to play catch up.

And it was well on the cards too, with Bharat Popli leading the chase. The No. 3 batsman made 87 off 202 balls, taking the score to 259 for 4, only 115 runs away from victory and 41 overs left to get them. But Central Districts are the reigning domestic champions for a reason. They took out the main threat and then scared up a collapse. Northern Districts gave up their last six wickets for a mere 40 runs with part-timer Brad Schmulian picking up 4 for 34 in 16.3 overs. He only ever had four first-class wickets before this game.