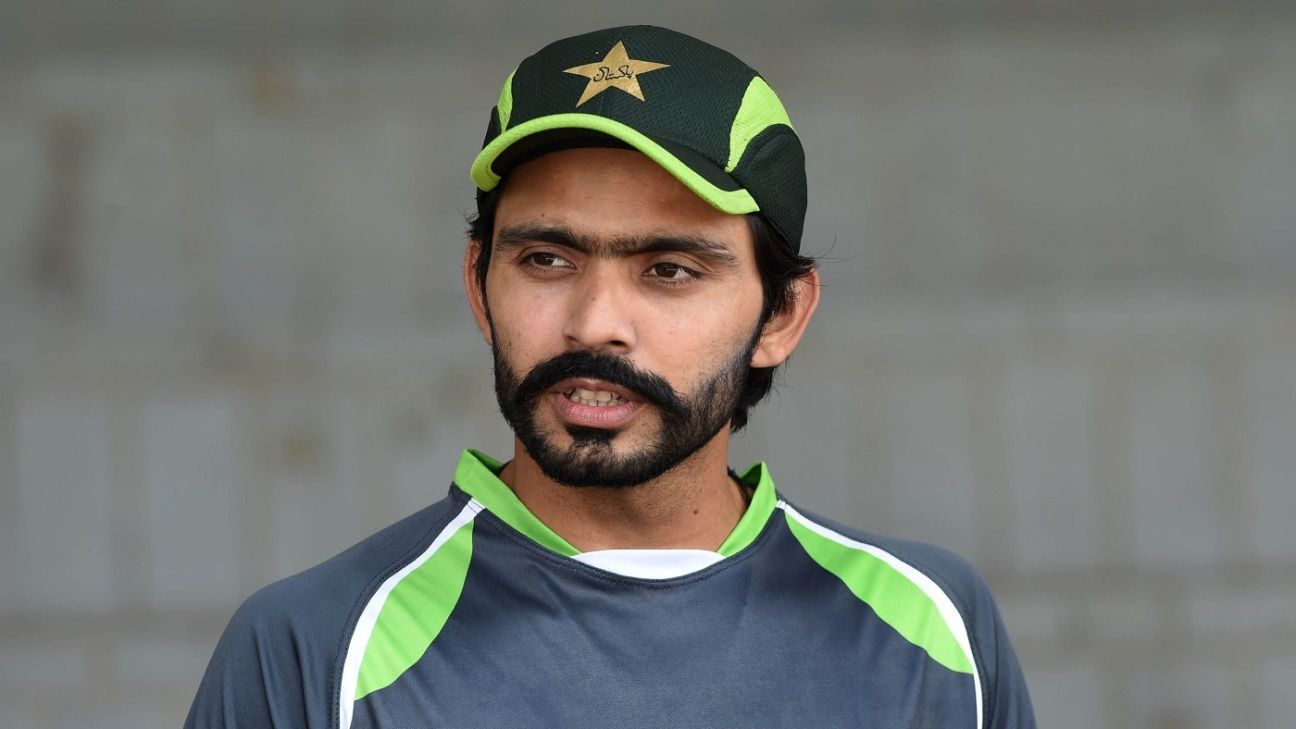 Year after year, he’s continued to press for national selection with remarkable performances on the domestic circuit, particularly in the Quaid-e-Azam Trophy, Pakistan’s premier first-class competition. No player has scored more runs in the tournament than Fawad’s 3105, which have been achieved at an average of 56.45. There have been near misses; he was called up to a training camp ahead of the tour of England in 2018 and named in a couple of squads without getting a start. But off the back of a double century in the QeA and a dismal outing for the Test side in Australia, this time feels different.

And for Fawad, it feels like a second debut. “I said the other day it will almost feel like a debut, and that’s true because it’s been such a long time since I last played,” Fawad told reporters in Karachi. “Whether I get a game or not depends on the management and selection committee. I’m just happy I was able to make it in the final 15. Where they feel I can deliver, they’ll give me a chance and I’m confident I’ll perform. The way the conditions and wickets shape up will determine whether I get a chance or not, obviously.”

He waved away concerns that the pressure of playing at home – particularly in his hometown of Karachi, where the second Test will be played – would become too overwhelming. “When a player is playing a club match or a domestic game, there’s still pressure on you. The pressure of performance always remains with you so it’s not like it’s a new psychological thing. That will be there but my job is to overcome it and try to deliver.

“I should try and enjoy the opportunity I’ve been given right now and think positively. If I allow negative thoughts to cloud my mind my focus will be adversely affected. My aim is to make the most of this opportunity and try to perform to the best level I can.”

It would have been easy for Fawad to feel down on his luck and wallow in self-pity; indeed, much of the nation seemed to be doing that on his behalf. For all the runs he compiled, for the scarcely believable consistency on offer from the left-hander on the domestic circuit, multiple management and selection regimes would overlook him for the national side. They may well have had their reasons, but when players with significantly inferior records were called up and given repeated runs in the side even as Fawad sat out, there were suspicions there was something less honest than cricketing strategy behind Fawad’s continued exile.

Fawad, though, did not allow himself that negativity, believing it would be detrimental to his game. “If you surround yourself with people who tell you you have been badly treated and fill your mind with negative stuff, then you may feel that sense of injustice. But that’s not what my friends and family were like; they motivated me to perform year after year after year. They kept me going and urged me to continue knocking at selectors’ doors. My father always said I must not be upset, to act like a fighter and continue to fight for my place in the side.”

The straight bat he uses to such good effect in domestic games across the country was in evidence at the press conference, too, where Fawad was eager to ward off any controversy. He was questioned about Inzamam having reportedly jibed about “seeing better players than Fawad” and having compared him to Mark Ramprakash, who, despite a glittering career in the county game, couldn’t quite nail a place in the England side for long enough. Fawad, though, wouldn’t be drawn on Inzamam’s comments, and called it a “matter of honour” to be compared to a “great” like Ramprakash.

“It’s a matter of honour for me to have my name tied to Mark Ramprakash. He’s just a great player and done so much for his country. The number of runs I’ve scored is puny compared to how many he’s scored. He’s scored over one hundred centuries [114] and I’m nowhere close to that either. I’m just here to perform to my best and prove doubters wrong.

“As for Inzi bhai, he is a legend of ours; I’m nowhere near him. I’m not worthy of snapping back at Inzamam in anyway, and that is not the way I was brought up. I was taught to respect my elders, and Inzi bhai is entitled to his own viewpoint. I don’t feel it is appropriate to respond to him because I have too much respect for him.”

You don’t plug away thanklessly on the domestic circuit in Pakistan without being somewhat daftly in love with the game, and that is what Fawad wished to speak of most of all. The excitement in his voice was most evident when speaking about Sri Lanka visiting to finally break the Test drought inflicted on the country since the terror attack on this week’s visitors, and his commitment to ensuring this would be a positive, memorable series.

“It’s a very good thing to see Test cricket back in Pakistan after such a long time. It’s a good omen for Pakistan cricket, and for the entire country. We all need to make the event successful. Because how this goes will be relayed by the Sri Lankans to countries around the world so the better this goes, the more advantages it confers to Pakistan. I think the message is everyone should come here. The people have supported all the teams that came previously and had a good time. The fact that Test cricket is returning after such a long time means all true cricket lovers will want to get down to the stadium and support their team as well as Test cricket.”

In those moments, Fawad Alam was a fan once more. If indeed he does get the fourth Test cap that he’s waited a decade for on Wednesday, he will need to switch back to being the ruthless accumulator we have become used to seeing on grounds across Pakistan. Except this time it won’t be Central Punjab or Northern Districts he’s looking to grind into submission, but a Sri Lankan cricket team looking to exorcise demons of its own in Pakistan.