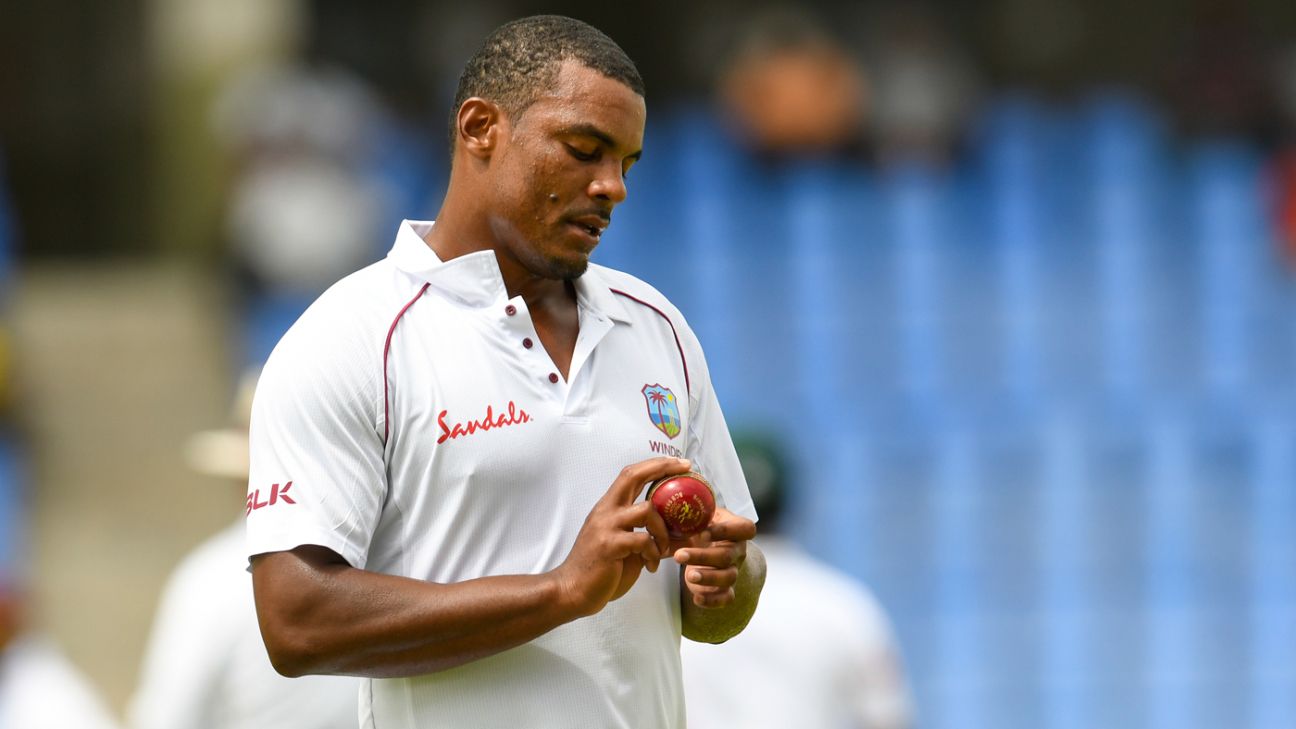 The head of FICA, the international cricketers’ association, says that a protocol for the use of stump microphones must be introduced to avoid the “selective use” of incriminating audio by broadcasters.

Tony Irish’s comments come after the West Indies fast bowler, Shannon Gabriel, and the Pakistan captain, Sarfaraz Ahmed, were both handed four-match bans by the ICC after being overheard making derogatory comments in separate on-field incidents.

On Wednesday, Gabriel admitted to making homophobic comments in an altercation with the England captain, Joe Root, during last week’s third Test in St Lucia, while Sarfaraz was caught making a racist comment to the South Africa allrounder Andile Phehlukwayo during an ODI in Durban in January.

The incidents are the first to cause controversy since the decision was taken, at the ICC annual conference in July, to broadcast stump microphone audio “at any time, including when the ball is dead”. That move came as part of the ICC’s drive to fight player behaviour, with new offences introduced such as personal abuse and audible obscenity.

And while Irish, the executive chairman of FICA, believes that players will be willing to buy into the usage of stump mic audio, he says it is vital that broadcasters are consistent and universal in how they apply the technology.

The prospect of increased stump-microphone usage has already divided opinions among international teams. England’s head coach, Trevor Bayliss, is not in favour, arguing that “sometimes in the heat of battle things are said”, whereas Moeen Ali, the England allrounder, believes that the volume should be turned up at all times because “it’s time for people to behave themselves“.

Irish recognised that there was a danger that some players could seek to use the stump mic to their advantage by setting up an opponent, but added that it remained the players’ responsibilities to ensure the line was never crossed.

“Players have an obligation to play within the spirit and rules of the game, much of which relates to the way players treat each other on the field,” said Irish, “and I think a consistent protocol shouldn’t present opportunity for players to disregard that.

“In a cricket match, and particularly a Test match, long periods are spent in the field, there are intense contests between bat and ball and a lot goes on. On-field characters have been a hallmark of cricket over the years and most of what goes on is within the rules and spirit of the game. It should stay that way.”