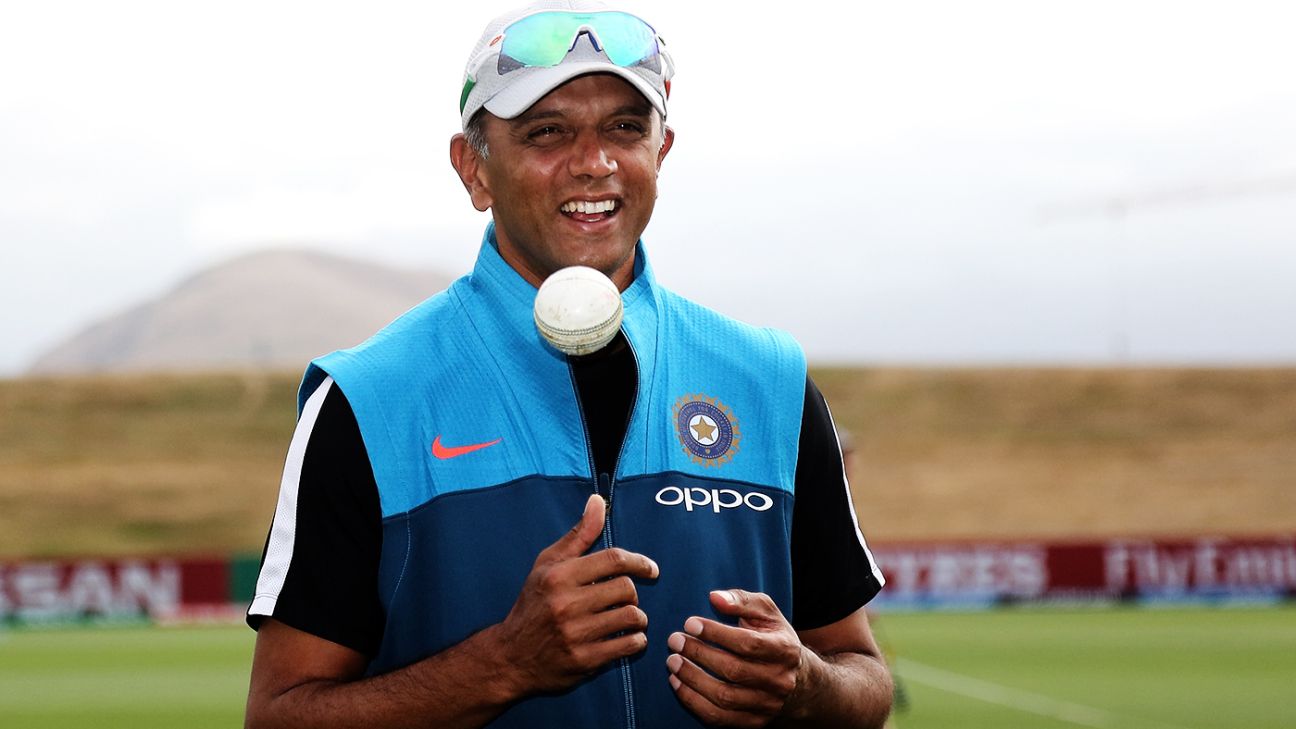 India are finally set to play their inaugural day-night Test, starting on Friday against Bangladesh at Eden Gardens in Kolkata. While the teams get familiar with the pink ball, there’s lots of chatter in the build-up to the match.

The 66,000-plus capacity Eden Gardens is expected to be a full house as BCCI president Sourav Ganguly told PTI on Tuesday that the tickets for the first four days were sold out.

But his former team-mate Rahul Dravid believes that, while the novelty of the pink ball will attract crowds to the stadium, India needs to do a lot more for a better attendance for Test cricket. Especially better facilities for spectators at venues.

“It is not the only solution to rejuvenate Test cricket, but it is one of the things we need to do. If only we are able to control dew, the pink-ball Test can become an annual feature in India,” Dravid – currently heading the NCA in Bengaluru – said at an event in Singapore on Tuesday. “However, a number of other factors need to be looked into while trying to understand why Test cricket fails to attract crowds, including facilities available for fans inside the stadium. The Pune Test between India and South Africa in October was one in which those in the crowd complained about the lack of basic facilities for fans across five days. Basic things like toilets, seating, car parking need to be looked into, these are things that will draw [more people].”

Dravid also said that India needed to have a set cricket calendar so that people could plan their itineraries well ahead of the match.

“You can argue that the Ashes are always full and that Test cricket is in good health in England and Australia, but that’s because they have a Test cricket calendar and we don’t. People can plan for a Boxing Day Test in December and a Lord’s Test in July a year ahead. We need this to happen in Indian cricket.”

Meanwhile, Sanjay Manjrekar too expressed his views on Twitter.

India’s domestic players had complained that the pink ball offered little help for bowlers after initial ten overs during the Duleep Trophy trials this year. But apparently it’s not all gloom and doom, especially for wristpsinners.

Veteran India spinner Harbhajan Singh said it would be difficult for batsmen to spot the wrong’un with the pink ball.

“Wristspinners will have one advantage if you see because it’s going to be very difficult to pick the seam [with black stitches] of the pink ball,” Harbhajan told PTI on Tuesday. “When a finger spinner bowls, the ball is released with seam so that there is turn and bounce. When you are bowling the googly, the seam will be scrambled and very difficult to pick.”

He gave Kuldeep Yadav‘s example who had picked up 17 wickets in three games – including a nine-wicket match-haul – during the 2016-17 Duleep Trophy. “If you remember Duleep Trophy [2016-17], no one could effectively read Kuldeep from his wrists. Legspinners got a lot of wickets during that edition”.

Talking about the effect of dew later in the evening, Harbhajan explained: “A lot of people think that the ball will be like a slippery soap bar as it happens with the white ball in day-night games. It’s not the same. The white ball becomes slippery because the white lacquer goes off and the ball gets wet.

“With extra lacquer, pink ball’s skin won’t get wet but the stitches will be very soggy. And therein lies problem with finger spinners.

“More lacquer means that you will not have a good grip on the ball, especially fingerspinners, and the ball starts skidding,” he said. “In 50-over or 20-over cricket, whenever the ball gets wet, you can just alter the length a bit and let the batsmen play on back foot, allowing those singles. But in a Test match, you have to pitch it up. Now landing six deliveries on one spot while trying to grip a wet seam can be a challenge because trying the ODI length will be easy meat for batsmen.”

“You require extra concentration to pick the pink ball suddenly when you’re playing with the red ball,” India captain Virat Kohli said on Tuesday as both teams stayed back in Indore to get acclimatised to the pink ball. But according to former umpire Simon Taufel, on-field umpires – Rod Tucker and Marais Erasmus in this case – also need to be at their absolute best to see the ball clearly under changing light.

“They will be going through their net session and simulation activities. Maybe trying to see some practice session with the pink ball so that they are pretty confident of seeing the right things at the right time.”