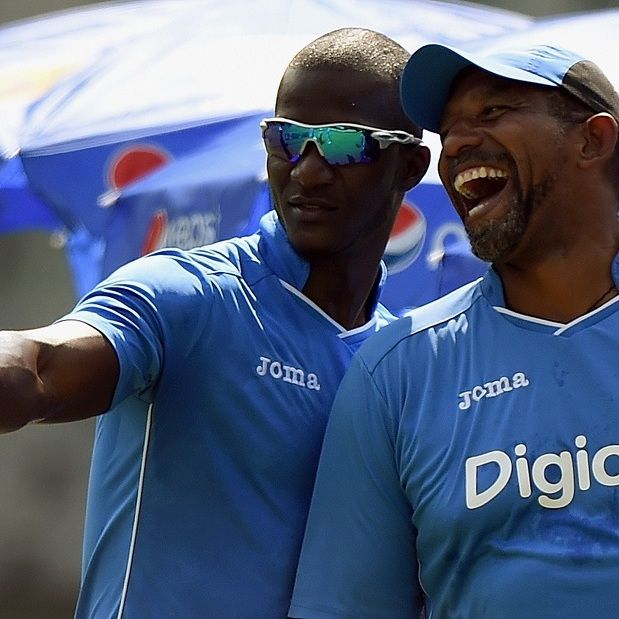 Phil Simmons, who was unceremoniously sacked in as West Indies coach in 2016, has reached an “amicable resolution” with Cricket West Indies, including accepting financial settlement of an undisclosed sum.

A former Windies opening batsman, Simmons, who is currently the Afghanistan head coach, had lodged a case against CWI for constructive dismissal. Both parties came to a settlement at the end of a hearing in the Antigua Industrial court.

The development comes in the week a new administration, led by former West Indies manager Ricky Skerritt, took charge at CWI. Skerritt unseated Dave Cameron in the presidency elections last Sunday with a comfortable margin of 8-4. It was Cameron’s administration that had sacked Simmons despite the latter having helped West Indies win the World T20 title in 2016, a year after he had taken charge.

However Cameron and Simmons never got along. After failing to get a squad to his liking for the tour of Sri Lanka in 2016, Simmons publicly commented on selections being “influenced” by outside elements. Simmons was initially suspended for those comments and eventually removed by CWI citing “differences in culture and strategic approach”.

As reported recently by ESPNcricinfo Simmons filed claims worth at least $300,000. Cameron’s administration admitted liability in Simmons’ dismissal while hoping for a resolution.

The resolution has now happened, but the man shaking hands with Simmons was Skerritt along with his deputy Kishore Shallow, who was elected as CWI vice-president during the elections last week. In a media release, the CWI said that the settlement was the first decision taken by Skerritt’s administration which had decided to “repair stakeholder relationships, particularly with former players” on a priority basis.

Incidentally, Skerritt sat on the interview panel that eventually finalised Simmons as coach in 2015. According to Skerritt, there had been no-one better in the shortlisted pool of candidates than Simmons to coach Windies, and he went on record on behalf of the board to state: “We would like to apologise to you for referring to your appointment as a ‘mistake’.”

“Cricket West Indies did not make a mistake when we selected you as our Head Coach,” Skerritt said in the release.

“In my previous role as CWI Independent Director, I was involved in the interview panel that recruited Phil Simmons from a long list of competitors and he was the best candidate. Subsequently based on the results he produced on the field, he proved himself to be a very competent coach in his time with West Indies, winning the World T20 in 2016, and now currently with Afghanistan.”

Simmons said he was happy the matter was over and he was optimistic about a good future for Windies cricket.

“My family and I are relieved that we have been able to finally close this matter, and I am pleased that it has been done so amicably,” he said. “Following the election on the weekend I am more confident than I have ever been that the future of West Indies cricket is in good hands. I am a very proud West Indian and I hope that in the future I get the opportunity to try and help move our cricket forward again.”