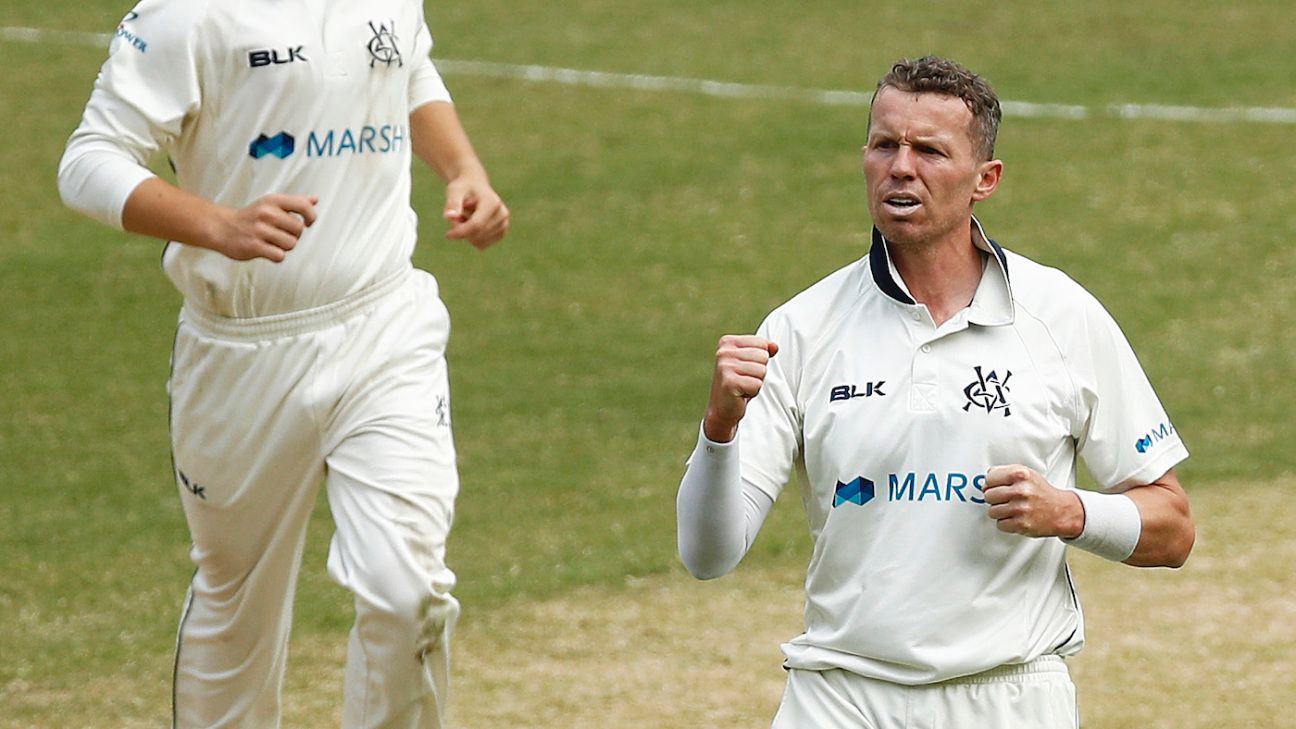 Peter Siddle has been recalled to the Australia Test squad as a replacement for Josh Hazlewood ahead of the Boxing Day Test against New Zealand in Melbourne.

In a move flagged by head coach Justin Langer during the Perth Test, the selectors have returned to Siddle who will bring home-ground experience of the MCG and strong Sheffield Shield returns this season where he is Victoria’s leading wicket-taker with 18 at 19.77.

Siddle played in three of the Ashes Tests, taking nine wickets, but picked up an injury early at The Oval.

“Peter has been brought in as a 13th player for Melbourne,” national selector Trevor Hohns said. “He is a proven Test match performer with an exceptional knowledge of the MCG which will be a valuable part of our preparation.”

If Australia only make one change for Boxing Day – a replacement for Hazlewood, who suffered a hamstring strain in his second over in Perth – Siddle will likely remain behind James Pattinson and Michael Neser in the pecking order.

They have both been part of the Test squad throughout the season and Pattinson, who was ruled out of contention for the opening Test of the season against Pakistan in Brisbane due to his code of conduct suspension, is the favourite to come into the side.

“He’s always hungry,” Langer said of Pattinson. “Anyone who knows ‘Patto’, you’ve never seen energy like it. He’s got the drive. He’s said after his back surgery he’ll do anything to play Test cricket again. It’s a real credit he’s got back to that.”

However, Langer has also spoken about the potential of playing a five-man attack in Melbourne with an eye on the workloads of Mitchell Starc and Pat Cummins plus a recent history of Test pitches that have been hard work for bowlers. That would mean leaving out a batsman, either Travis Head or Matthew Wade, with one of the quicks batting at No. 7 behind Tim Paine at No. 6.

“If the wicket’s like it’s been in the last few years, we might even be able to play four quicks and a spinner,” Langer said. “There’s lots of combinations. It’s nice to see Marnus and Travis Head bowling, that gives us a good combination as well.”