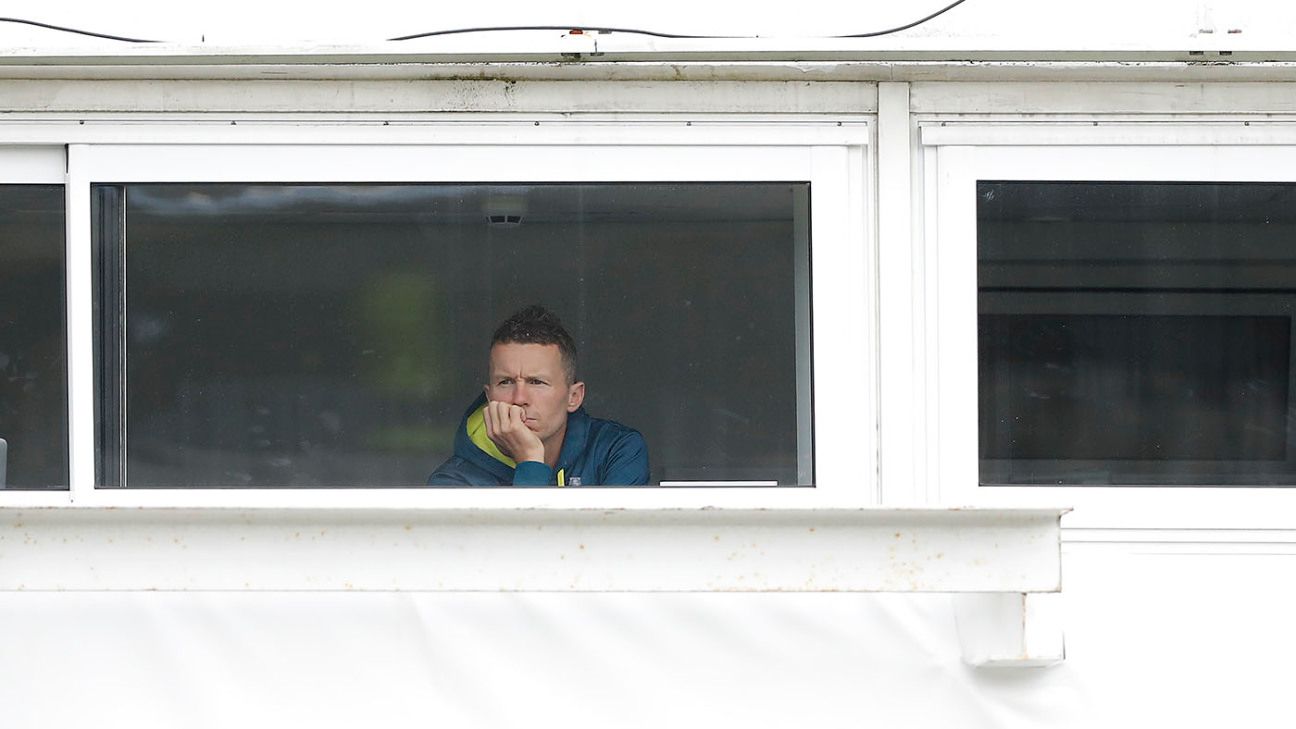 Australia veteran Peter Siddle admits he is not blind to the fact that his international career may be over, after revealing he bowled through injury in the final Ashes Test.

Siddle, who turns 35 next month, played in Australia’s last Test against England at the Oval but tore his hip flexor on the first morning. He bravely bowled through the pain but was nowhere near as effective as he had been previously on the tour.

He played in the first two Tests at Edgbaston and Lord’s and bowled better than his figures suggested, with at least four catches being dropped behind the wicket off his bowling. In the critical first Test at Edgbaston, Australia coach Justin Langer had said: “I thought Peter Siddle was almost the bowler of the game, he was brilliant, that was the best none for I’ve ever seen today.”

Following his hip injury, Siddle had a month off after the Ashes to recover and the break gave him a chance to “freshen up” before his first Sheffield Shield appearance against Western Australia last week.

But with the big four of Pat Cummins, Josh Hazlewood, Mitchell Starc and James Pattinson all fit and available, plus the re-emergence of Jhye Richardson, who could have taken Siddle’s Ashes spot had he not injured his shoulder, the veteran is well aware he is at long odds to add to his 221 Test wickets, despite still having a burning desire to do so.

“I’m not blind,” Siddle said. “I know my opportunities are smaller than they were in the past but while I still love playing the game I’m still striving to be my best and try and play at the highest level and that is for Australia. I still want to continue that.

“If I do, I’ll be a happy man. And if I don’t, I’ll still be a very happy man. I’ve played a lot of Test cricket now, I’ve had a great career. If I don’t play again then so be it. But I’ve still got the hunger to pull on that baggy green to be a part of it. This summer could be the last chance I get. Who knows. But I’ll keep striving for it.”

Siddle was overlooked for the Australia A side that was selected to face Pakistan in a day-night tour game in Perth ahead of the first Test in Brisbane. The selectors opted for a four-man pace attack that includes Richardson, Ashes tourist Michael Neser, Sean Abbott and Riley Meredith.

Siddle said he has been in constant communication with both Langer and chairman of selectors Trevor Hohns since the Ashes and was not surprised to miss out on the Australia A team.

“When you’ve been around 11 years and you’re about to turn 35 I don’t think you need to be picking me in any A side,” Siddle said. “I think they know there. I think it gives them an opportunity to give blokes a bit of international experience.

Siddle will instead spearhead Victoria’s attack as they head to Bellerive to face Tasmania this week. Pattinson has been rested in the build-up to the Test series against Pakistan. The Victoria bowlers have copped a pasting in the first two games against South Australia and Western Australia and the likelihood of a greener surface in Hobart will be sight for sore eyes.

Siddle still believes he could put his hand up for Test selection in certain conditions this summer, particularly with two pink-ball Tests in five this summer. “It’s just about staying fit and bowling well,” Siddle said. “If I’m doing that, if the opportunity comes up, like the UAE when I got back in around the Australian set-up, in conditions I thought I’d never get picked in, I got that opportunity because players were injured and weren’t available. I think that’s what it comes down to.