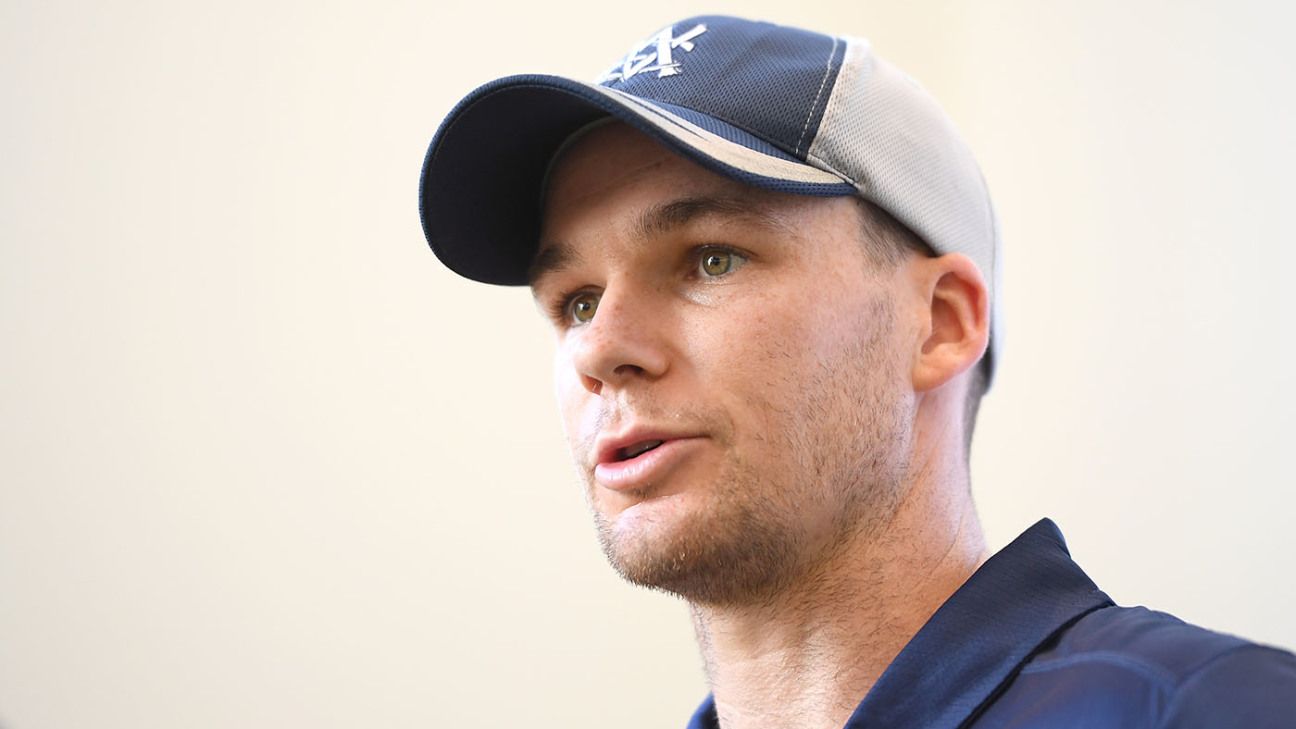 Under normal circumstances, Peter Handscomb would have just finished leading Middlesex in their second County Championship fixture of the season against Glamorgan. Instead, the closest he has come to his new team is phone calls from the other side of the world with the sport in lockdown due to the coronavirus.

Unlike some of his Australian team-mates whose one-year county deals have been scuppered by pandemic, Handscomb had signed a two-year contract to captain Middlesex in first-class and one-day cricket so his deal has not been torn up, but when he is able to lead the side out for the first time remains very uncertain as the ECB prepares to meet to map out what the 2020 season might look like.

“I’ve been talking to Middlesex each week and the players to get an understanding of how they’re feeling during this time and what they are doing to keep themselves busy, not getting stuck in a rut too much,” Handscomb said. “In terms of the contract, it’s on hold. I’ve got next year as well but this year we are just playing it by ear.

“We had a lot of conversations during the Australian summer and I was quite lucky to meet a few of the Middlesex boys who were out in Melbourne and Sydney playing local cricket. So I got a good feel for the club and an understanding of how the boys want to play their cricket. We have a good idea of the direction we want to go in to make Middlesex as strong as possible.

“It’s a shame to not be able to go over there and play. Australians love going over to England play county cricket because it’s a way of developing ourselves and making us better and understanding difference conditions. There’s obviously a bigger picture at play here, the health and safety of the world essentially is much more important. So we’ll see how we go.”

For Handscomb, the Victoria captain, this was going to be – and could still be – a very significant role as he takes on the leadership of a county across two formats. While an overseas player’s job is first and foremost to win matches for his county, and the significance of the position is elevated as captain, there are also the potential gains on a personal level to consider.

Handscomb has been pushed back onto the fringes of the Australia set-up having made a strong claim for the World Cup squad last year only to miss out due to the batting squeeze created by David Warner and Steven Smith returning. He did make a late appearance in the tournament, summoned as injury cover ahead of the semi-final against England, where he was quickly slotted in at No. 4 only to be skittled by Chris Woakes for 4 as Australia slumped to 14 for 3.

ALSO READ: What is happening at Cricket Australia?

That was his last appearance in Australia colours, although he was part of the one-day squad which toured India earlier this year without getting a game as Marnus Labuschagne slotted into the middle order. His last Test match was in January 2019 against India at the SCG so across both formats he would have looked for a strong county season to help restate his credentials after averaging a disappointing 26.69 in the Sheffield Shield during the recently curtailed season.

“There’s always going to be someone that feels hard done by with any selection. I’m not the first bloke to miss out on a squad and won’t be the last,” he said. “I try and push past that and look at what I can do now with Victoria or Middlesex if we get a chance this winter. I’ve been dropped a few times now from the Australian team and there’s no point feeling down.”