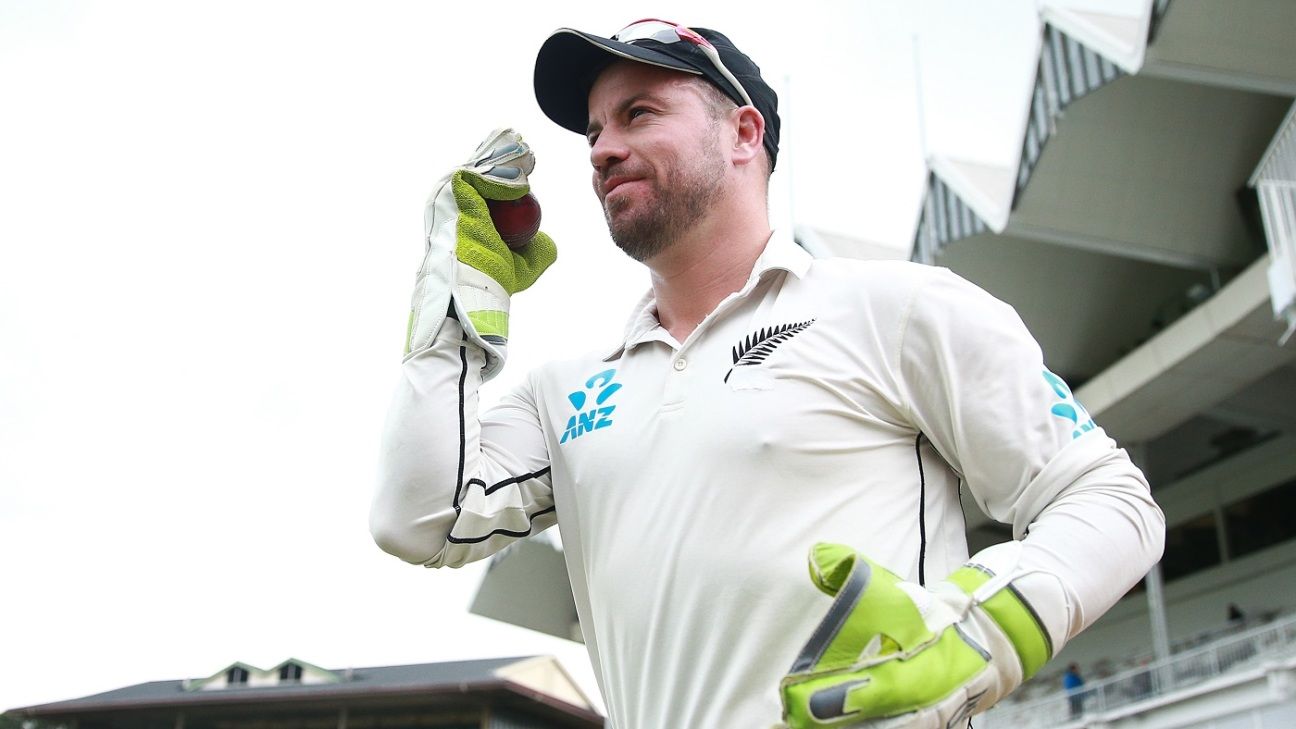 Peter Bocock was helping some of the New Zealand players with their warm-up drills on the fifth morning of the Wellington Test against Bangladesh when he heard his name being mentioned. BJ Watling walked towards him minutes later and told him to get ready. It was 15 minutes before play was to start.

As it emerged, Watling had a hamstring injury, and the New Zealand team management didn’t want to risk fielding him. And they also didn’t want Tom Latham, the back-up keeper, to move from the slip cordon. Bocock, out of nowhere, was going to keep wickets for New Zealand in a Test match.

“I definitely wasn’t thinking that I would donning the gloves when I was having my morning coffee, that’s for sure,” Bocock said after New Zealand had wrapped up an innings-and-12-run win.

“It obviously would have been lovely to get a catch. I was pretty close a couple of times, just missing the outside edge”

Bocock, who plays for Northern Districts in New Zealand’s first-class competition, had a race against time on his hands to get some sort of workable gear ready, but found his “team-mates” to be helpful enough. Watling gave him his shirt and pads, while Latham let him borrow his gloves.

“I actually used Tom Latham’s gloves. I am sponsored by Kookaburra, so that worked out perfectly. I wore BJ’s pads. My sub fielding shirt was a little bit big so I borrowed BJ’s,” Bocock explained.

Within minutes, Bocock was standing behind the stumps, with Trent Boult, Tim Southee, Matt Henry and Neil Wagner steaming in.

Incidentally, substitute fielders were allowed to replace wicketkeepers only from October 2017, when the rule preventing such a thing from happening was changed.

So how did the slip cordon react, did he ask them many questions? He did.

“I asked them where BJ has been standing, and what’s BJ’s plan to a particular bowler. Does he stand on the leg-side a lot to someone like Wagner? I have kept to Wagner couple of times,” Bocock revealed.

“It obviously would have been lovely to get a catch. I was pretty close a couple of times, just missing the outside edge. Few from Wagner missing the gloves.”

Bocock had originally been summoned by New Zealand manager Mike Sandle from the Northern Districts A side to help the New Zealand players. He then filled in as a substitute fielder on the fourth day when Kane Williamson, the captain, went off to get scans on his injured shoulder.

Understandably, the experience has left the 27-year-old happy, though it wasn’t quite a real Test debut. “I would love (to play for New Zealand). Every kid has the dream to walk out with the Black Caps. It is a major goal. I am lucky enough to spend time in that environment as a sub fielder,” he said.